1 year later: A critical look at how business and legislation changed since George Floyd's murder

A majority of businesses that pledged support for Black Lives Matter in the summer of 2020 have enacted policies or donated to the cause. 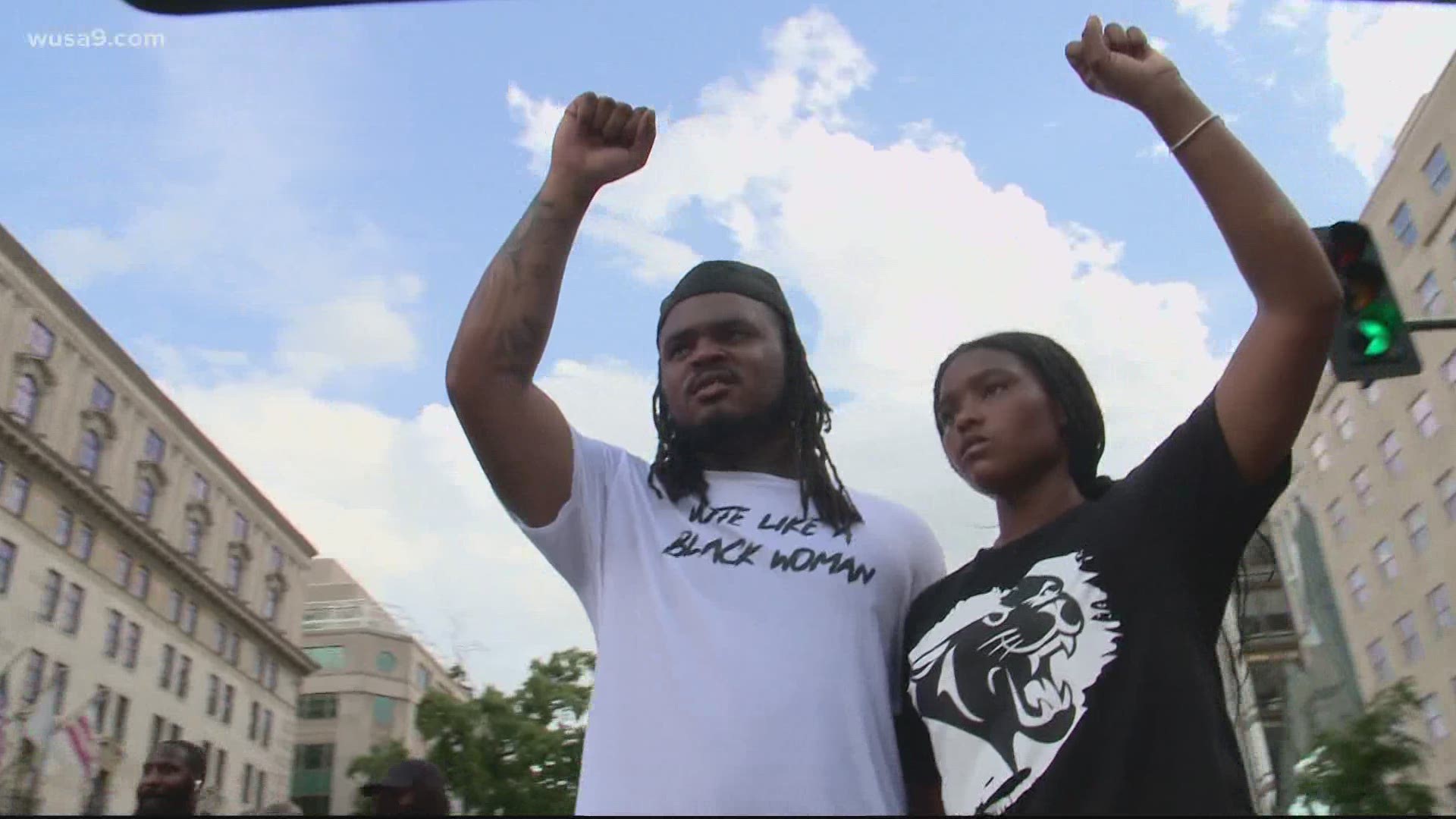 WASHINGTON — During the summer of 2020, the chant “Black Lives Matter” rang from every corner of the world, including the DMV. Activists and allies spent weeks protesting, demanding police reform and accountability after the death of George Floyd, a 46-year-old Black man murdered by a former Minneapolis police officer. Many businesses joined the movement taking to social media to pledge their support.

One year later, activists note several victories. Derek Chauvin, the former officer who knelt on Floyd’s neck, was convicted on all charges.

In Maryland, lawmakers passed a series of police reform measures that created a statewide use of force policy, repealed the state’s Officers’ Bill of Rights and limited no-knock warrants. Similar reform bills passed in Virginia.

DC residents will begin to see some of the recommendations outlined by the DC Police Reform Commission when behavioral healthcare professionals begin to dispatch as first responders to come emergency calls in June.

But not much has changed in the way of federal law.

The George Floyd Justice in Policing Act of 2020, which would establish a registry of police misconduct complaints and require federal uniformed police officers to have body cameras, cleared the House but the Senate has yet to take any action.

“Right now, it’s fully constitutional to engage in pre-textual stops, even if that involves consideration of race,” said Justin Hansford, law professor at Howard University and director of the Thurgood Marshal Civil Rights Center. “There are things that could happen on a constitutional level that could roll back some of these elements of the law that give police officers the power of life or death over people for very small infractions.”

“The inequitable and brutal treatment of Black people in our country must stop,” Amazon said in a June 2020 tweet.

RELATED: TIMELINE: From Minneapolis to DC, how the death of George Floyd impacted us one year later

In the months that followed, large companies donated millions to civil rights organizations like the NAACP.

“We are hoping more and more companies are going to keep the momentum going,” Jamal Watkins, NAACP's senior vice president of strategy and advancement, said. “I believe there’s been a cultural shift, but the question becomes how do we keep that culture going. Because 2022 is another year and people have amnesia in this country. So, it could be by 2022 that’s an issue in the past.”

But not all companies have acted. The corporate watchdog, As you Sow, tracked how businesses in the S&P 500 responded to the demonstrations last summer.   Its research noted that 66% of S&P 500 companies issued statements after the death of George Floyd, and only 14% stated that Black Lives Matter.

The group’s racial justice scorecard highlights companies like Alphabet, Intel, and HP for their diversity and inclusion efforts, corporate responsibility and equity in compensation. Companies in the bottom 10 include Biogen, Dominos and Verisign.

“We see that companies that made strong statements last summer are showing up now, are building those programs, are continuing that community engagement portion because of that consumer pressure, because of investor and stakeholder pressure," As You Sow Racial Justice Initiative Manager Olivia Knight said.

So, in answering the question, have things changed? Many would note that things have changed. But progress is slow and winding.