Will the Black Lives Matter mural be removed from 16th Street?

Businesses say they've been hurting from the closed-off street near the White House. 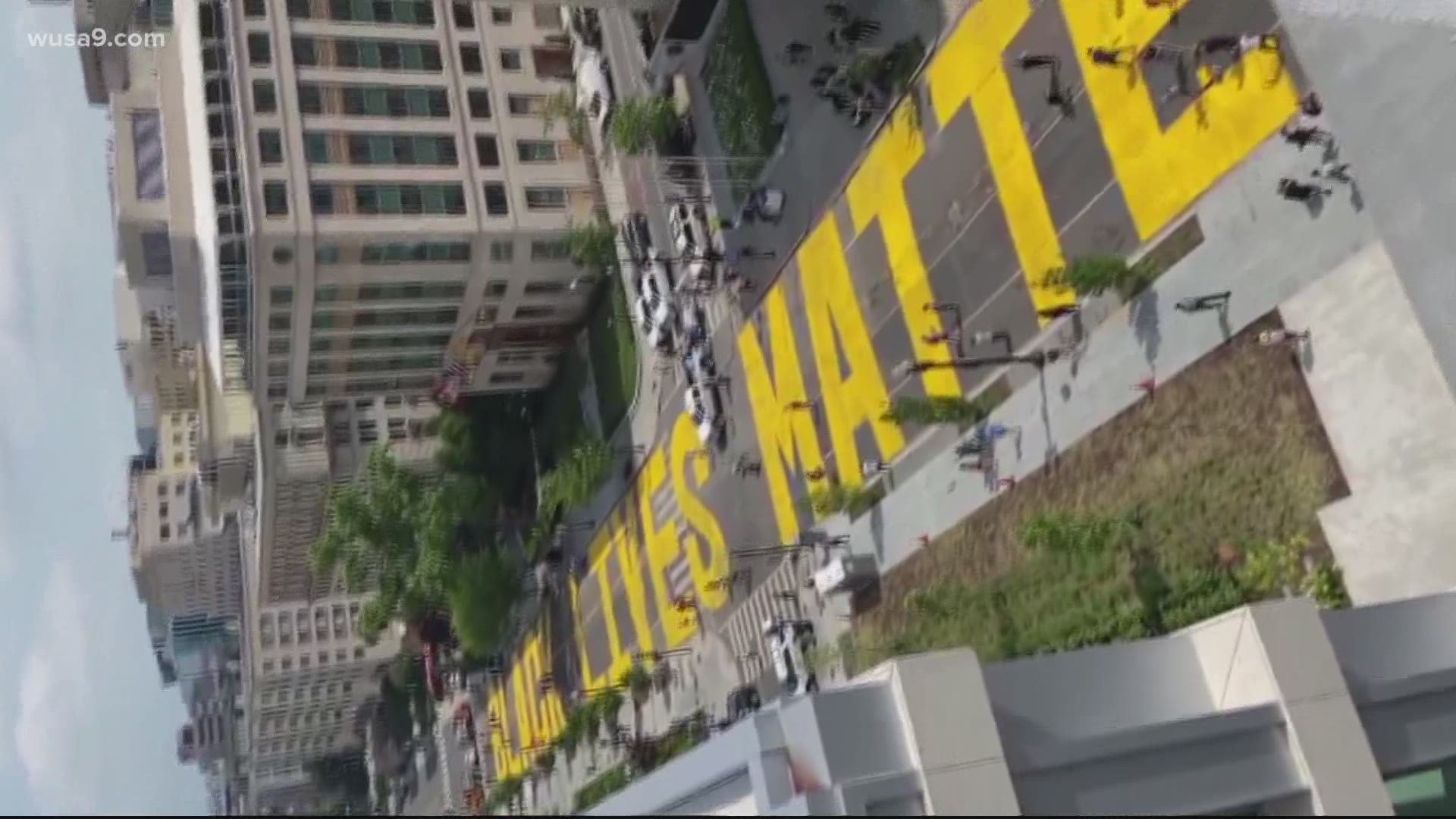 WASHINGTON — After the police killing of George Floyd in May, D.C. Mayor Muriel Bowser commissioned a sprawling Black Lives Matter mural to be painted on 16th Street leading up to the White House.

The Federal Highway Administration has guidelines stipulating which signs, if any, can be painted on streets, roads and highways that receive federal dollars, including 16th Street. According to these rules, 16th Street cannot be reopened to traffic as long as the mural remains. Bowser has asked for an exemption, but it appears unlikely the request will be granted. 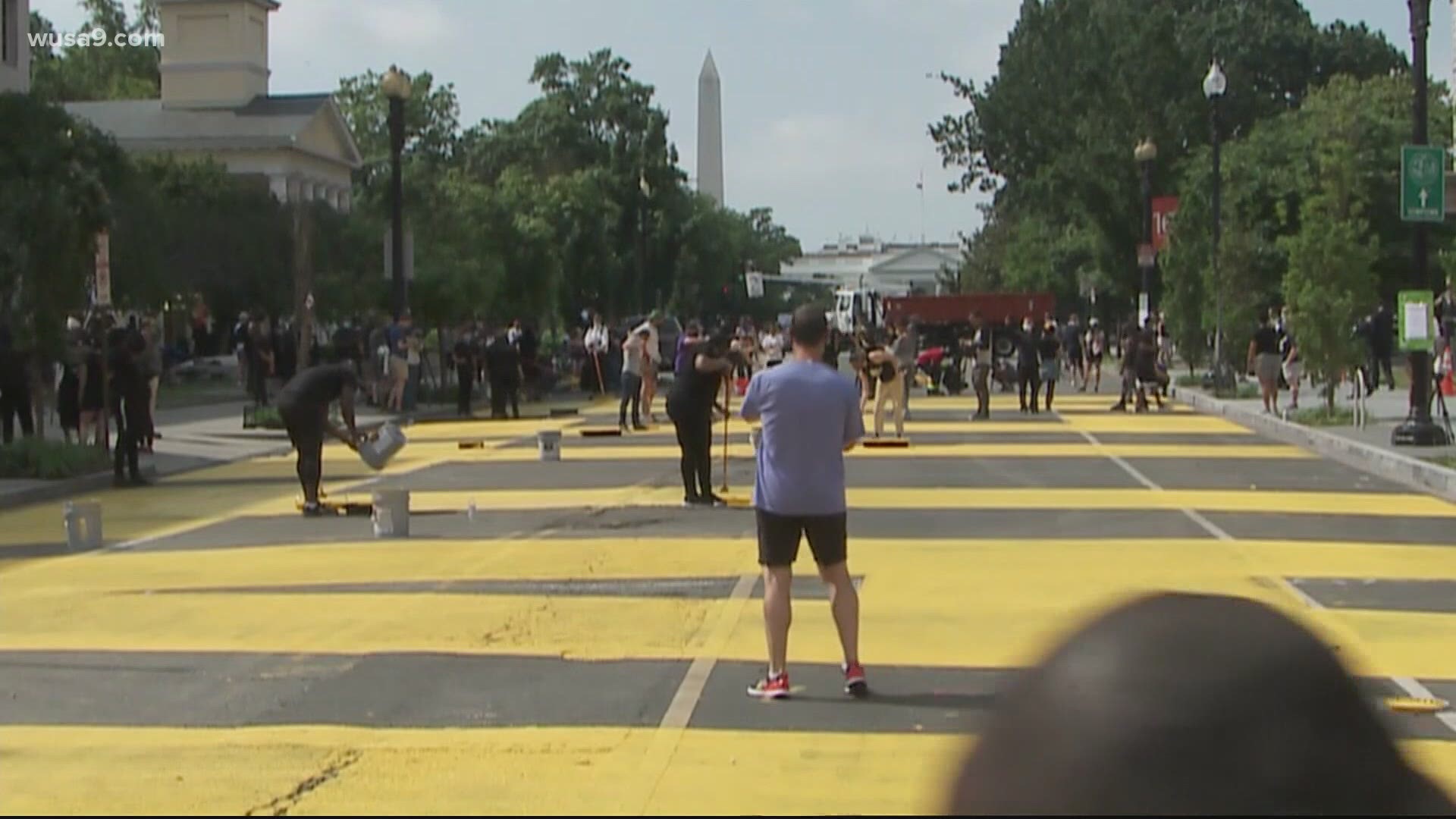 While no official requests have been filed, an anonymous source confirmed that closed-door meetings have taken place between the Bowser administration, the Federal Highway Administration and attorneys representing the Hay Adams Hotel, the AFL-CIO and other businesses that say they’ve been hurt by the closing of the street.

A high-ranking official in Bowser’s office had no response Wednesday when asked if Bowser would be removing the sign. They said they “hope to have the matter resolved” in a month or so.

Lawyers for the businesses surrounding 16th Street at the Black Lives Matter Plaza declined to comment.