Ryan Jaselskis, 22, set fire to restaurant on Jan. 23 and jumped the security fence outside the monument twice a week later, police say

A man accused of intentionally setting a fire inside a popular D.C. restaurant in January was arrested Wednesday, officials said.

Ryan "Rimas" Jaselskis, 22, was arrested and charged with federal arson after authorities said he set fire to Comet Ping Pong restaurant on Connecticut Avenue, according to court documents obtained by WUSA9.

According to the documents, Jaselskis was also the man accused of jumping the security fence around the Washington Monument twice the following week on Feb. 4 and 5.

U.S. Park Police said their officers arrested Jaselskis and charged him with assault on a police officer and unlawful entry. Jaselskis was later released and was ordered to stay away from the Monument grounds.

However, police said he returned the next day and was arrested again. This time Jaselskis was charged with unlawful entry, destruction of public property and contempt.

During both incidents authorities said Jaselskis was seen wearing a distinctive blue jacket with red trim and white sleeves, which appeared to be the same outfit the Comet Ping Pong arson suspect wore during the fire.

According to the documents, surveillance cameras and witness testimony linked Jaselskis to the arson. A witness identified Jaselskis as the suspect leaving the restaurant immediately after the fire. He was also caught on a D.C. police camera walking out of the restaurant and crossing the street around the time of the incident. Authorities say his vehicle was later seen leaving the area.

Ryan Jaselskis will be held without bond with a detention hearing scheduled for Feb. 19. 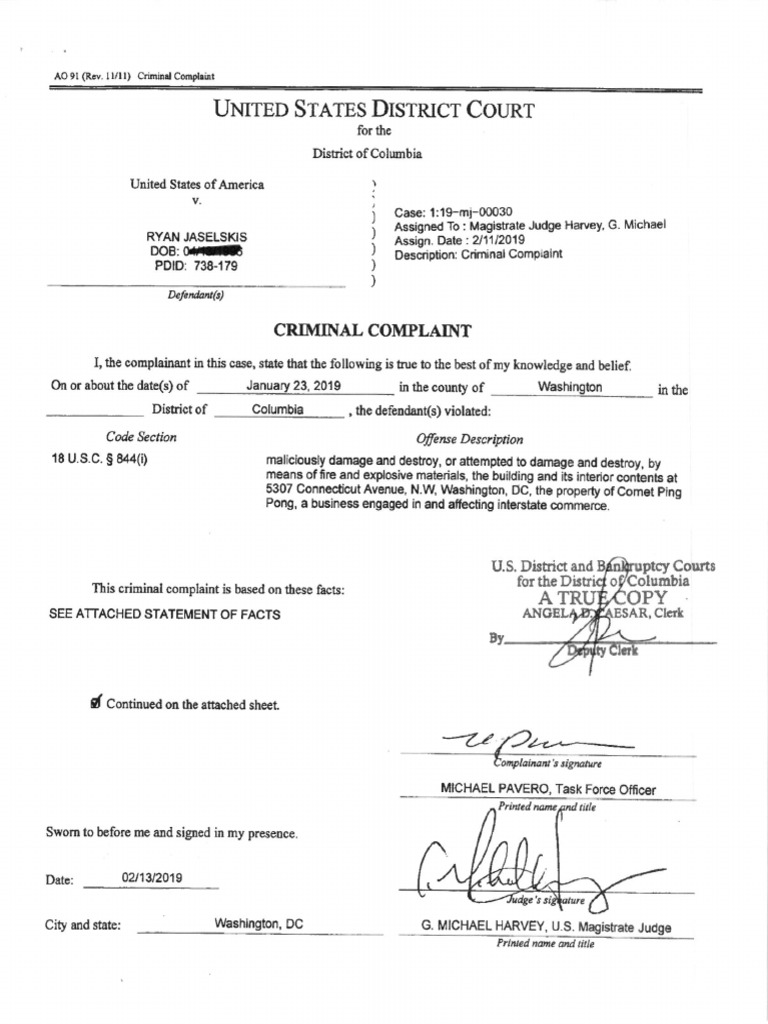