For the past two years, Christopher Conway has been dancing on corners throughout Centreville for three hours a day to make people smile 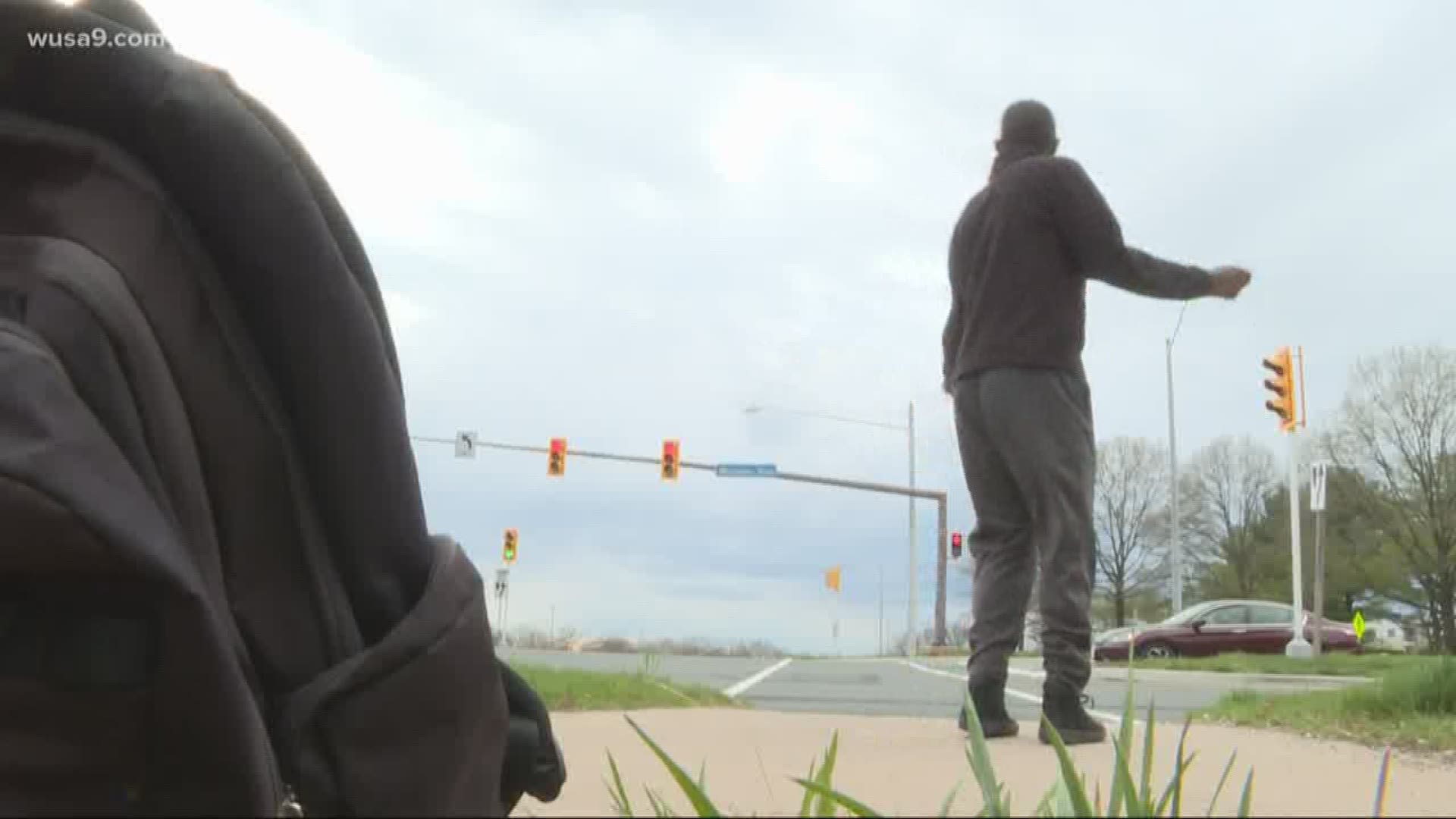 CENTREVILLE, Va. — Centreville's very own dancing man is on a mission to make the world a better place one move at a time.

For the past two years, 21-year-old Christopher Conway has been dancing on corners for three hours a day to make people smile.

The first one neighbors spotted him on was the intersection of Westfields Blvd. and Stonecroft Blvd.

“I’ve seen Chris dancing around for the last two years on the streets…and had to get to know him and find out what the background was," said Lisa Abrahams, who lives in Centreville.

She contacted WUSA 9 about the town's "local celebrity."

"He brings so much joy and laughter and happiness to people that I felt like we needed to as a community to pay him back for what he’s given us," she said.

Conway says his daily dancing routine began as a way for him to express his passion and make people happy.

“I wanted to make people smile and encourage people to follow their dreams as I had my own big dreams," he said.

Those dreams of becoming a teacher, choreographer and documentarian were almost crushed New Year's Day when he got into a car accident that killed one friend and injured another.

“It was tragic. It was terrible…and I didn’t know if I was going to be able to dance again, because I fractured my fibula….. I was like maybe this world didn’t need me," said Conway.

That wasn't even the first adversity Conway had faced.

“There was this one time we got taken away by child protective services, me and my siblings,… And coming here…I was 18, so I got out here on my own and done everything for myself on my own up until now," he said.

Now, he dances for others.

His next goal is to teach a free dance class for children in the neighborhood.