Employees are fixing and cleaning up their store after a car crashed into Minnesota's Largest Candy Store in Jordan.

The employees say the car crashed into the building long after the store had been closed on Saturday.

"At approximately 1, 1:30 a.m. an automobile left southbound 169 (went) airborne for about 10 to 15 feet, hit the ditch then continued through the ditch and blew through the yellow picket fence then came across the parking lot and blew through a table display we have... then continued on into the candy store taking out a window... studs... everything... and ultimately come to rest inside the store," Robert Wagner, owner, told KARE 11.

Wagner said his chocolate display table was damaged too.

The chocolate display table is actually the most expensive table of candy we have because it has chocolates from Germany, Switzerland, from all over the world," Wagner added.

Wagner said when the chocolate display table is "fully loaded" it is worth $50,000.

Workers repaired the large hole where the car crashed through the building.

The State Patrol is investigating the crash. According to the State Patrol's latest update, the crash "occurred early Sunday morning involving a 2 vehicle collision with one of the vehicles running into the building that houses "Jim's Apple Farm." The State Patrol said they will provide more information when it becomes available. 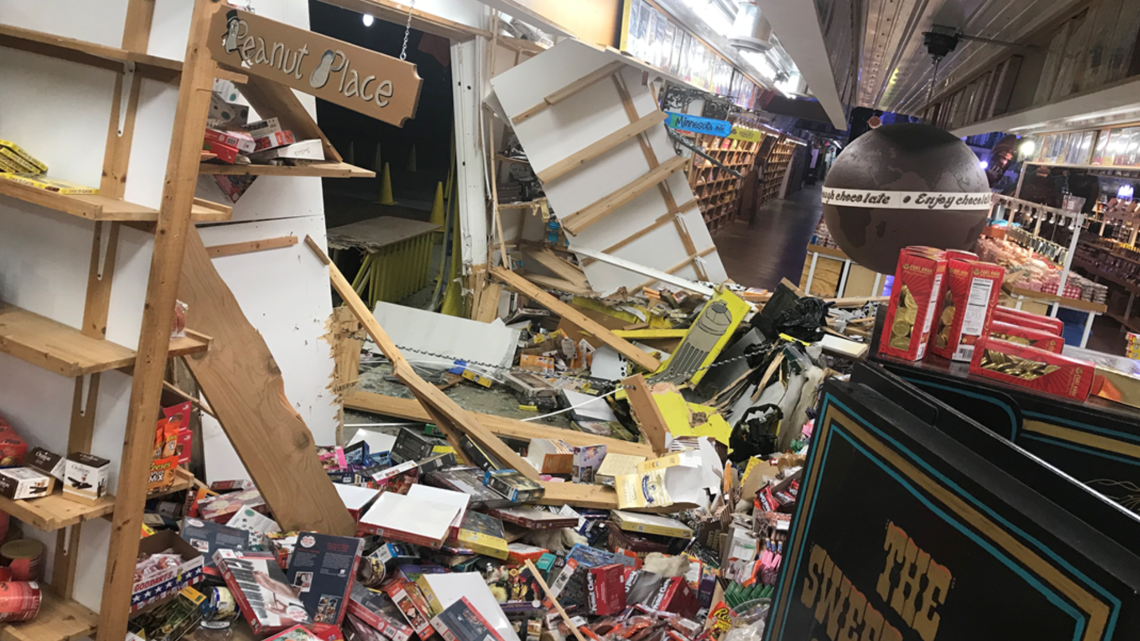