Kris Major, education manager with Spokane’s solid waste department, said the city is trying to avoid creating a ban like California’s. She said they don’t want to place restrictions on local businesses. 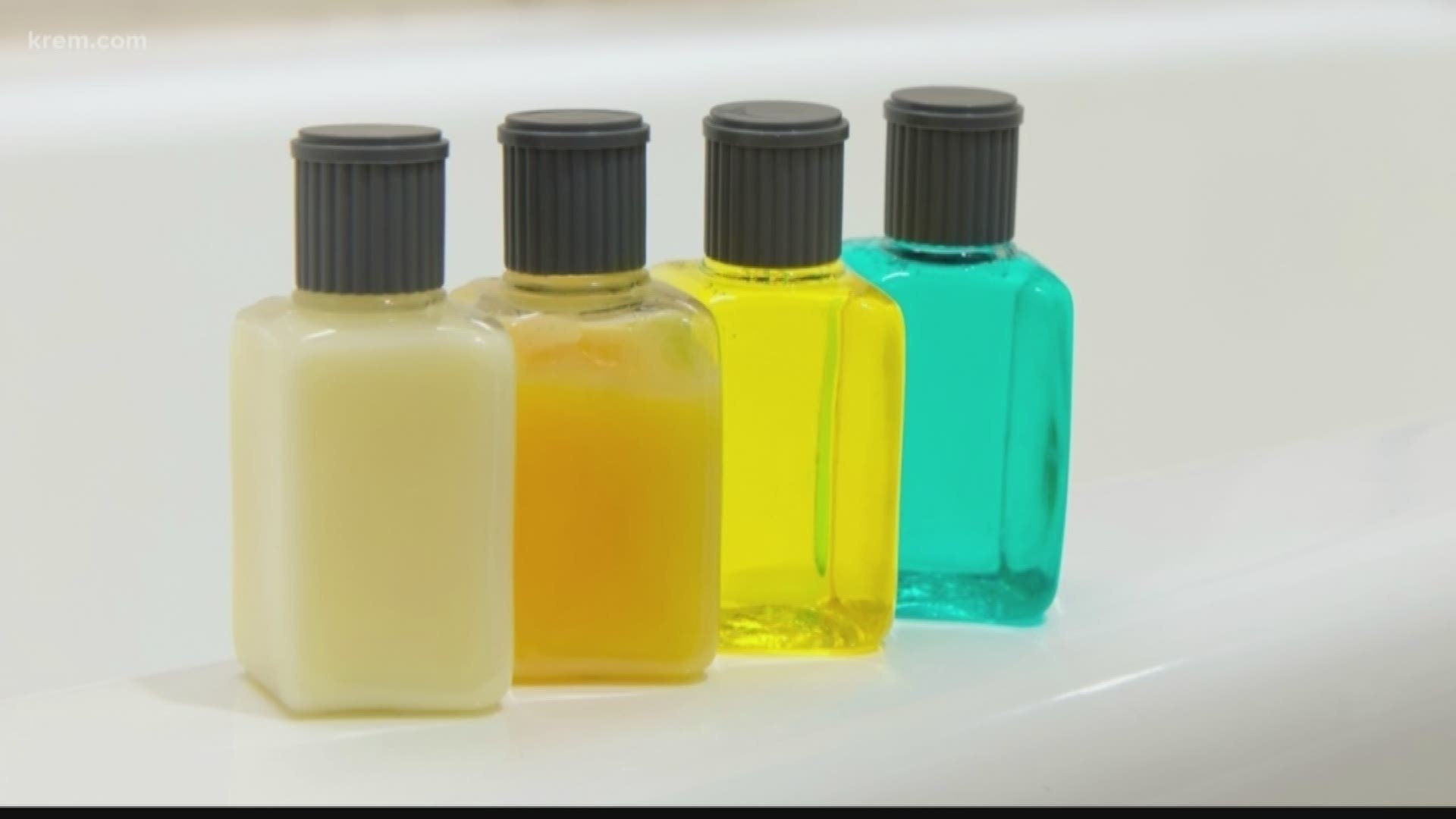 SPOKANE, Wash. — As California lawmakers are discussing a bill that could ban personal care bottles in hotels, the city of Spokane is still searching for solutions to lessen the amount of plastic waste.

Though they are small, the shampoo, conditioner and lotion bottles can cause some larger issues in the recycling process.

California’s bill, AB 1162, would require hotels to use refillable containers.

The plastic the small containers are made of have a decreasing recyclable market, so it can be difficult for recycling companies to make a profit off them.

The containers themselves are also so small that they can fall through the recycling belts and need to be disposed.

Since China started its ban on importing plastic recyclables from the US, the city of Spokane has been is working to find what to do with these types of materials.

Kris Major, education manager with Spokane’s solid waste department, said the city is trying to avoid creating a ban like California’s. She said they don’t want to place restrictions on local businesses.

She said she’s hoping companies can find their own ways to cut down on plastic waste.

But California hotels wouldn’t be the first to stop using small body care containers. Some Spokane hotels, like the Davenport Grand, are already using refillable containers.

Matt Jensen, corporate director of sales and market at the Davenport Grand, said this cuts down on waste and saves money.

Major said it’s a step in the right direction.

And there could be another solution that would decrease the amount of plastic waste.

Major said there’s a bill in Olympia that would require manufacturers to put their products in packaging that is easy to recycle. This would be in 1 to 2 grade plastic materials.

“The manufacturer will just have to make sure that whatever they put their product in can be recycled,” she said. “The main point is to reduce, before you get to reuse and recycle.

RELATED: Spokane among cities struggling to keep up with plastic recycling