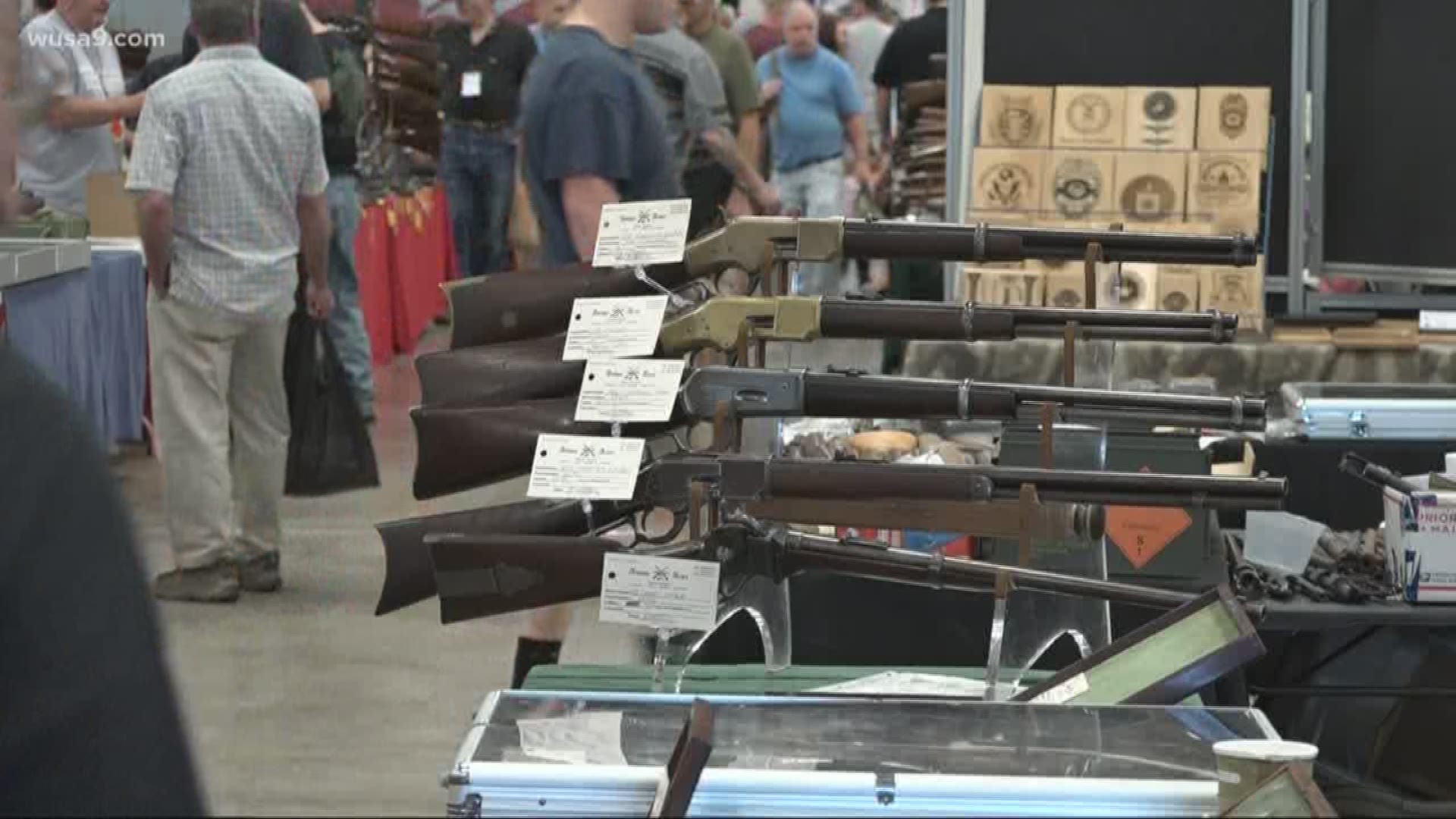 CHANTILLY, Va. — Handguns, shotguns, riffles, and ammunition are just some of the things up for grabs at the Nation's Gun Show in Chantilly, Va. this weekend.

Organizers say the show attracts over 10,000 people from all over the DMV area.

"There are no gun stores in the District of Columbia, there's only one FFL operating in D.C., so D.C residents have to come here, to a gun store out-of-state," said Mark Anderson.

But Virginia could soon become a less appealing place to buy guns from.

In the aftermath of the Virginia Beach shooting that killed 12, Virginia Governor Northam announced he'll be holding a special session of the General Assembly this summer to look into the possibility of tightening gun laws.

Some at the gun show in Chantilly felt that debate is necessary.

"As long as it's fair and objective and represents the views of the legislature, I'm okay with it," said John Whiteford.

Others strongly opposed the idea of a special session.

"Every time there is a shooting they focus on the guns and they don’t focus on what is actually--what's the motive, why are these things happening," said Annette Elliott, spokesperson for the Nation's Gun Show.

"Bad guys are gonna get guns, no matter what restrictions we have in place," said Anderson.

The Nation's Gun Show organizers said they had already seen a small spike in sales in the aftermath of Northam's announcement.

"The public gives you the best response," said Elliott. "They go out and buy when they realize they may not have that opportunity anymore."

The General Assembly special session will be held on July 9th.