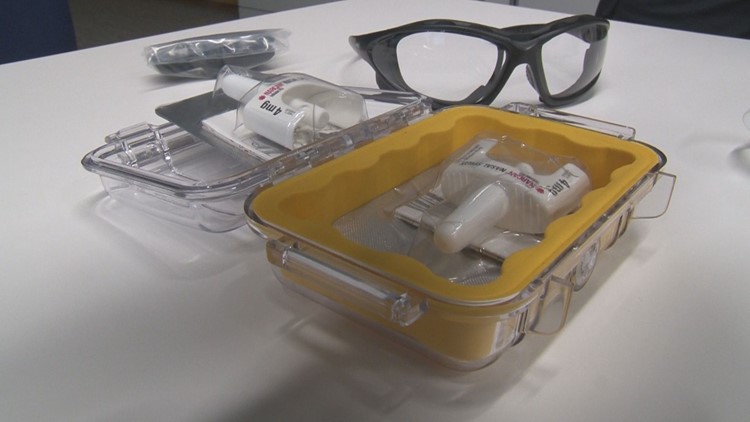 Photo by: WUSA9
The medication is used to reverse the effects of an opioid overdose.

At least 9 lives saved by opioid antidote in Maryland schools

Cases have included students who became unresponsive while in class as well as at least one parent who appeared to be suffering from an overdose while visiting a school
Author: Scott Broom
Published: 3:02 PM EST February 15, 2019
Updated: 4:45 PM EDT March 21, 2019

BALTIMORE — The opioid antidote Naloxone, also known as Narcan, has been deployed at least nine times to revive students suspected of overdoses since a 2017 law was passed requiring the drug to be on hand in schools, according to figures provided Friday from the Maryland State Department of education.

The antidote was used during incidents at Richard Montgomery High School and Northwood High School in Montgomery County, according to a state report.

Two of those incidents occurred in middle schools.

All Maryland school districts are required to have naloxone available in every school building as well as staff trained to use it.

School systems were required to pay for the Naloxone as the program launched, but now the Maryland State Department of Education has allocated $3 million for grants to school districts to beef up availability of the drug, training and prevention education programs.

One the of latest recipients is the Frederick County Public School system, which will use more than $141 thousand to expand Naloxone supplies and launch an anti-opioid outreach and education campaign for students and parents, according to FCPS spokesman Michael Doerrer.

Charles County Maryland has also received grant funding to expand Naloxone training in secondary schools using school resource officers, according to Katie O'Malley-Simpson who speaks for the school system there.

Anne Arundel County pioneered the use of Naloxone in schools in 2016 where at least 6 lives have been saved since 2016, according to Karen Siska-Creel who coordinates school health in Anne Arundel.

Cases in the county have included students who became unresponsive while in class as well as at least one parent who appeared to be suffering from an overdose while visiting a school, Siska-Creel said.

The scale of the opioid epidemic is so large that the The US Surgeon General has recommended that family and friends of people who have an opioid use disorder, and community members who come into contact with people at risk for opioid overdose, should have Nalaxone on hand and be trained to use it.

In Maryland and Virginia, health officials have issued standing orders requiring pharmacies to dispense Naloxone to anyone who asks for it with or without a prescription.

In many cases, health insurance will cover Naloxone purchases.

Basic training on how to use Naloxone can be found online.

Naloxone does no harm if it is administered to someone in error or by accident.

Maryland has a “good Samaritan law” that protects bystanders from being sued for attempting to revive a person suspected of an overdose. 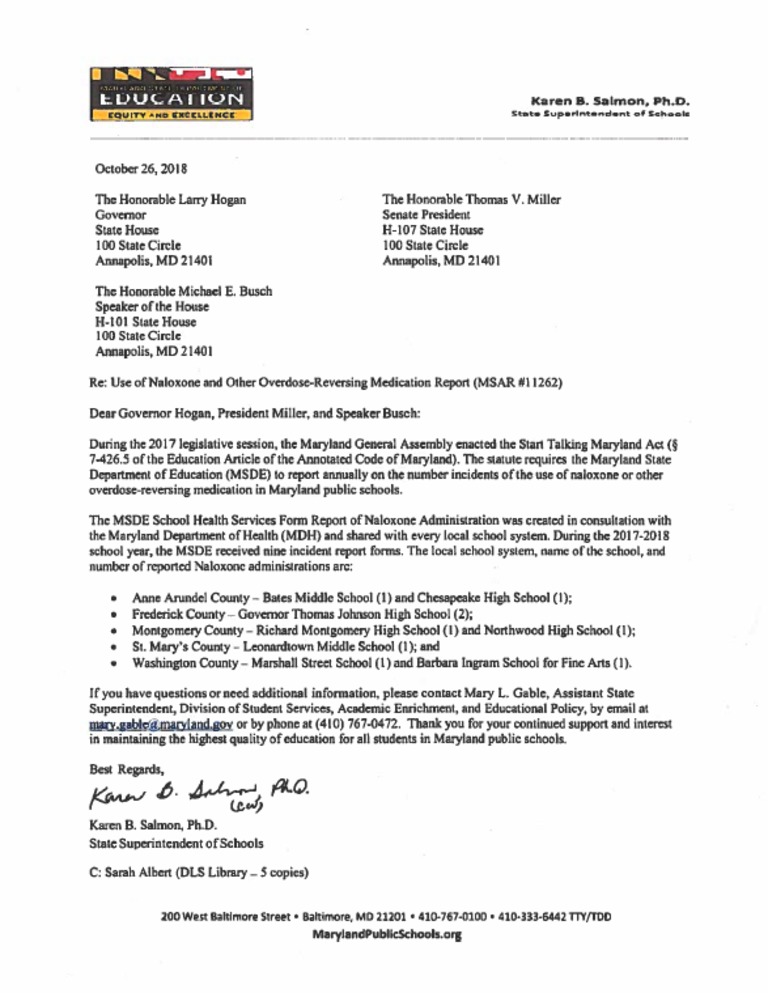