Howard County Public Schools were ranked the best in the state of Maryland. 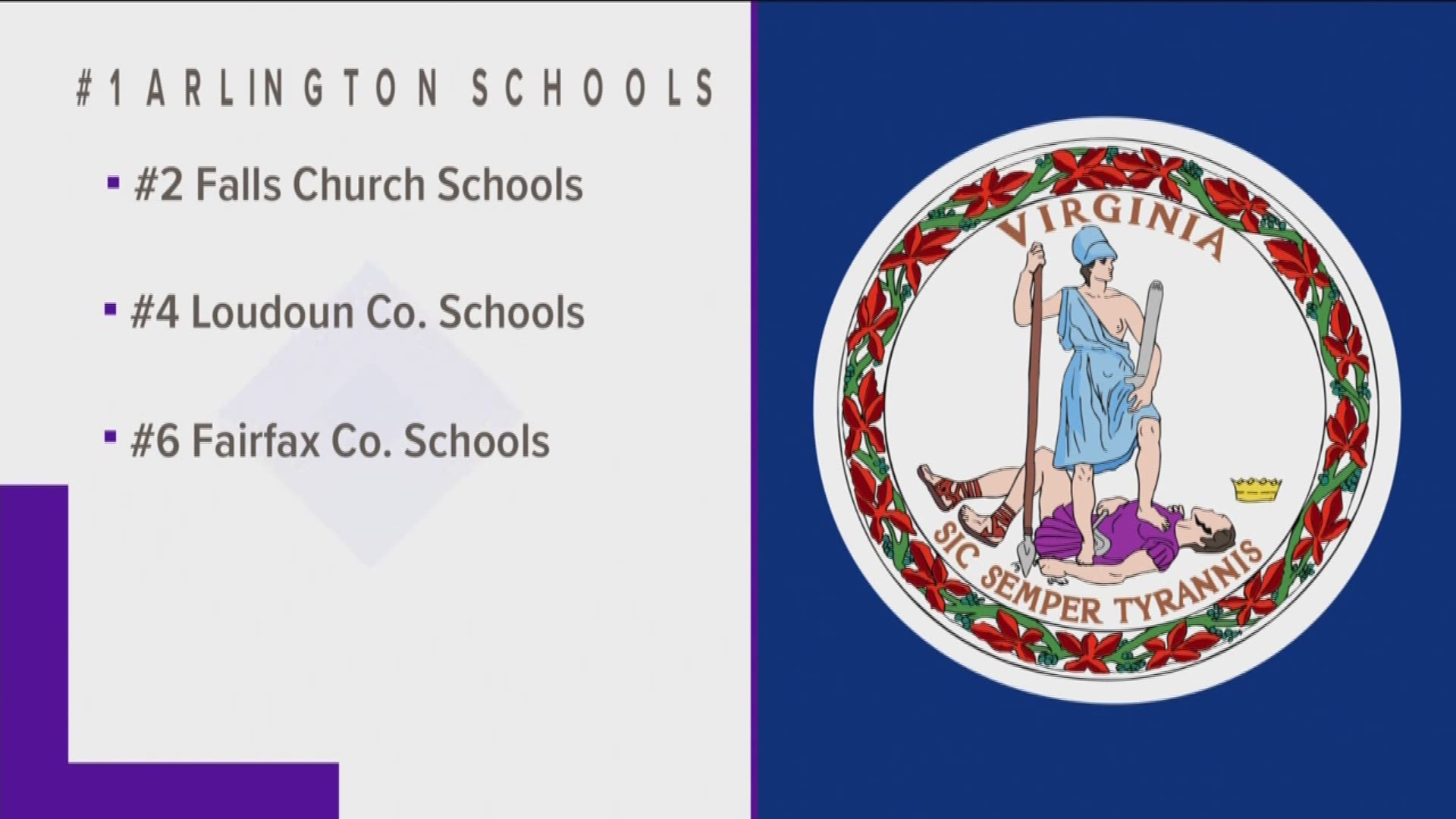 WASHINGTON — For the second year in a row, ranking site Niche determined Arlington Public Schools is the best school system in the state of Virginia.

RELATED: Elderly man survives on Coca-Cola for 5 days after falling in his home

Niche ranks schools and districts based on statistics and opinions from students and parents, according to the site. APS was also ranked one of the best places to teach in Virginia, and the third safest.

DC Public Schools did not make the best of list, and was given an overall B- grade, according to Niche.