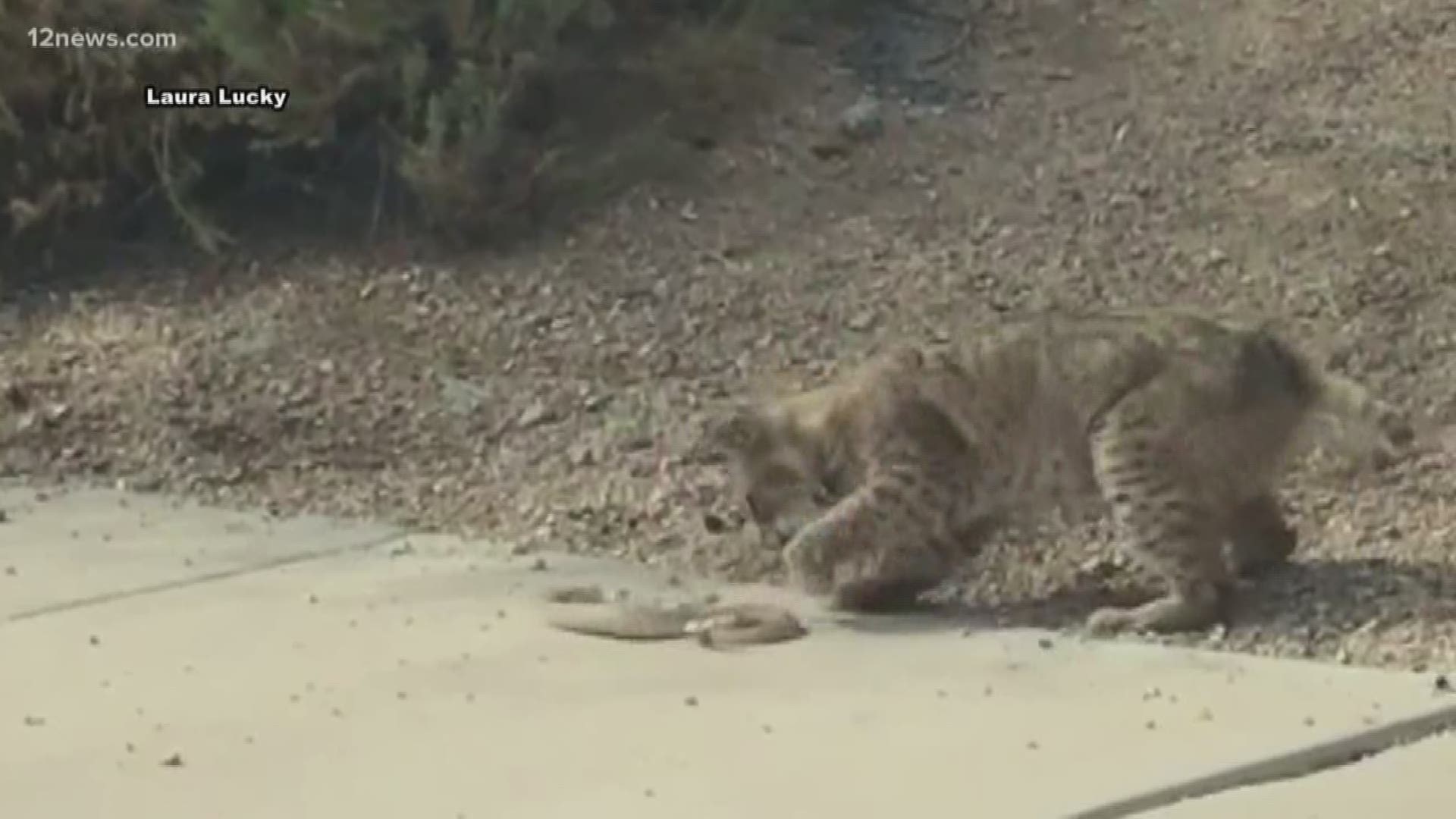 Ah, the things you see when driving around Arizona.

From cacti to coyotes, we see amazing things as we explore the Grand Canyon state.

But one Arizona resident caught one unique moment on video and it’s now going viral.

Laura Lucky was driving around the Valley when she stumbled across a fight between a bobcat and rattlesnake.

“I've never seen anything like that my entire life, not anything close. I mean, we see bobcats every week, but not when they are encountering another rattlesnake,” said Lucky said.

She recorded the battle and posted the clip on Facebook. 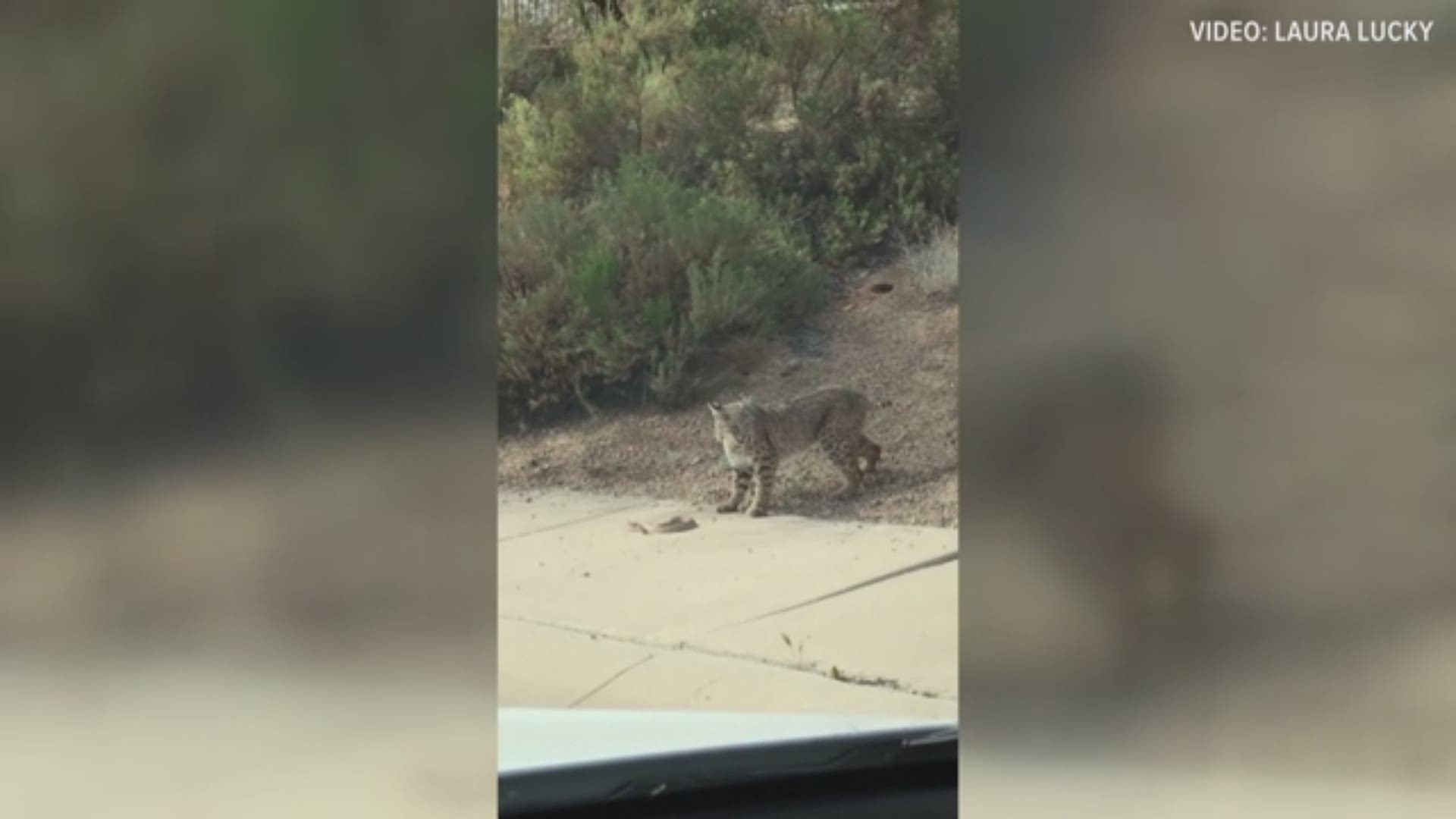 Lucky said it was a “great way to add entertainment and breakup a 16 hour tour” on her post.

Lucky is a realtor and was out showing property to clients when she recorded the altercation.

“It was definitely the bobcat going after the rattlesnake. The rattlesnake was just trying to defend himself,” said Lucky.

From the look of the video, it was definitely an interesting look into the life of the Arizona wilderness.

Like a prize-fighter, the bobcat can be seen on the video throwing in as many jabs as it could. It knew what it was doing.

“The cat is just basically exhausting the snake. He’s taking advantage of the snake when it gets slower and slower. He’s constantly giving blows about the head,” said Russ Johnson, president at the Phoenix Herpetological Society.

Johnson said the bobcats are carnivores and the snake is just another food source. It’s just rare to catch a bobcat pouncing on a snake on video.

While the bobcat looks fearless in the video, Johnson said they are not immune to the pain of the venomous bite. They’re just too quick to get bitten.

“You don't see cats get bitten. They’re more agile and quicker in their reaction,” said Johnson.

Quickness is what the rattlesnake wished it had. The altercation ends with the bobcat grabbing the snake by its neck and carrying it off into the desert.