A Virginia mother will spend the rest of her life fighting fake news and bigotry, fulfilling a promise made to her daughter on the last day she saw her. 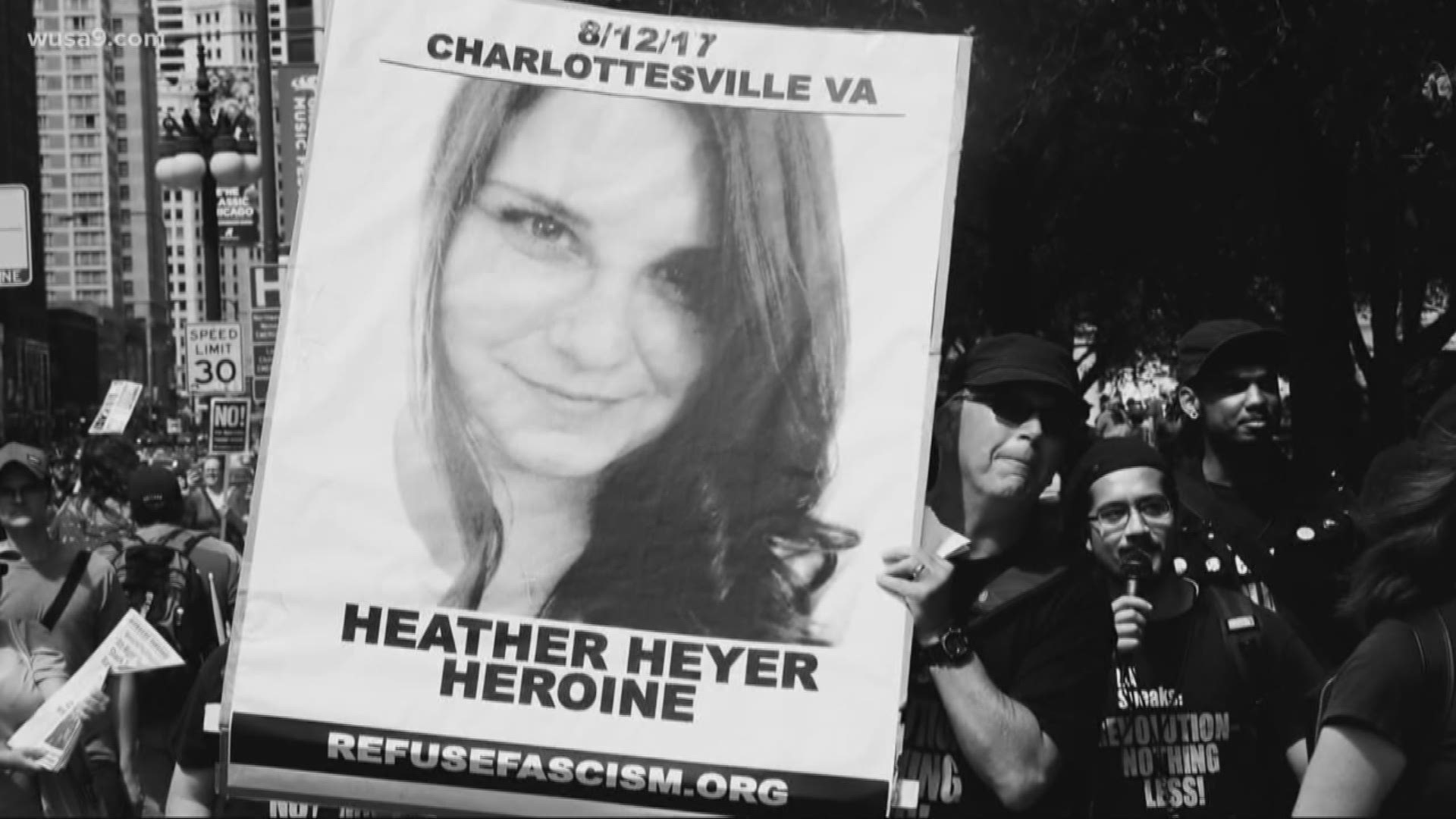 WASHINGTON — The white supremacist who killed her daughter will spend the rest of his life in jail.

But Susan Bro will spend the rest of her life fighting fake news and bigotry, fulfilling a promise made to her daughter as she held her battered hand.

Her daughter, Heather Heyer, lost her life two years ago – killed when an Ohio man turned an idyllic street in Charlottesville into a hellscape.

RELATED: Charlottesville wasn't an aberration; two years later, racist pride parades are all the rage in a broken nation

Yet nine days after the white supremacist violence in 2017, Bro founded the Heather Heyer Foundation with donations received from around the world.

“We had talked about this for a while, but even at the Heather Heyer Foundation, counting my summer intern, there’s only four of us.”

The expansion of the foundation’s work comes two years after Heyer’s death and roughly two months after the first debates of the 2020 presidential cycle.

With the stakes of the election rising with racial tensions and acts of violence across the nation, Bro now has her sights set on combating fake news and disinformation.

“We’d like to do some newspaper literacy, journalism literacy,” Bro explained, hoping to align the Heyer Foundation with the resources of a larger organization.

“I have some people in mind who I’ve done some other work with. The Listen First Project is one of them,” she said. “How do you sort what’s fake, what’s real, how do you critically think about that? How do you check for bias, because we all have bias.”

“It’s about raising a baby activist,” her mother said. “The story of a little girl who is learning how to be empathetic, how to be caring, just focusing on different aspects of childhood to make a well-rounded, kind-hearted person.”

The passing of time seems surreal to Bro, who is heartened to see more people paying attention to the rise of racist rancor, yet dismayed by the slow pace of progress combating white nationalism.

“I’m not seeing as much change as I’d like to see,” Bro said. “I realize it takes a long time to get people motivated, you start with reaching their hearts and then, try to have them move forward from that. But change is slow. Painfully slow.”