A 'paint party' gone wrong: why the DC Housing Authority had to remove a kid-designed mural

'It was pride gone wrong,' explained Aquarius Vann-Ghasri the community president who also happens to be a DC Housing Authority commissioner. 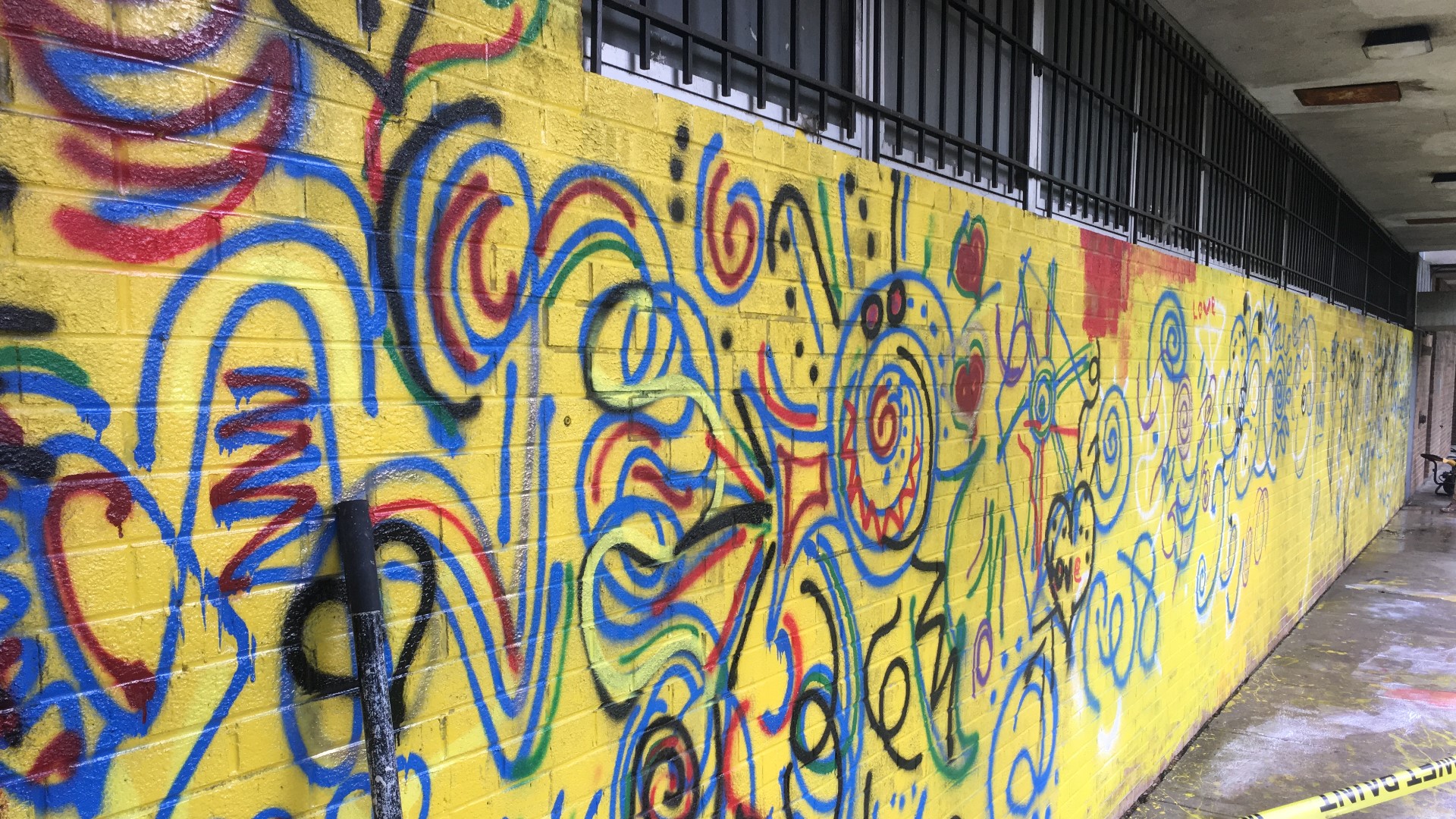 WASHINGTON -- It was a “paint party” designed to let kids express neighborhood pride.

But the murals put up by about 20 children under adult supervision Saturday evening at the Potomac Gardens senior public housing complex have sparked outrage from residents who say it looks like vandalism.

In fact, vandals did add their own touches to the children’s murals after they were finished late Saturday night.

“It was pride gone wrong,” explained Aquarius Vann-Ghasri the community president who also happens to be a DC Housing Authority commissioner.

The “paint party” was supposed to be confined to decorating the interior walls of an activity center, but through misunderstanding or misguided enthusiasm, the children were directed outdoors, Vann-Ghasri said.

The housing authority even donated the paint.

Tuesday, housing authority crews were busy trying to remove the murals and graffiti installed on three large exterior walls of the complex, much to the dismay of many of the seniors who live here.

“I can’t use curse words but I’d like to,” exclaimed Adrienne Beasley who has lived in the complex since 2008.  “It looks like a disaster area.”

Children who participated in the paint party were dismayed to see their work being removed by chemical washes and men wielding pressure washers.