The girl was taken to Johns Hopkins Trauma Center in Baltimore after being struck by a hit-and-run driver in an SUV. 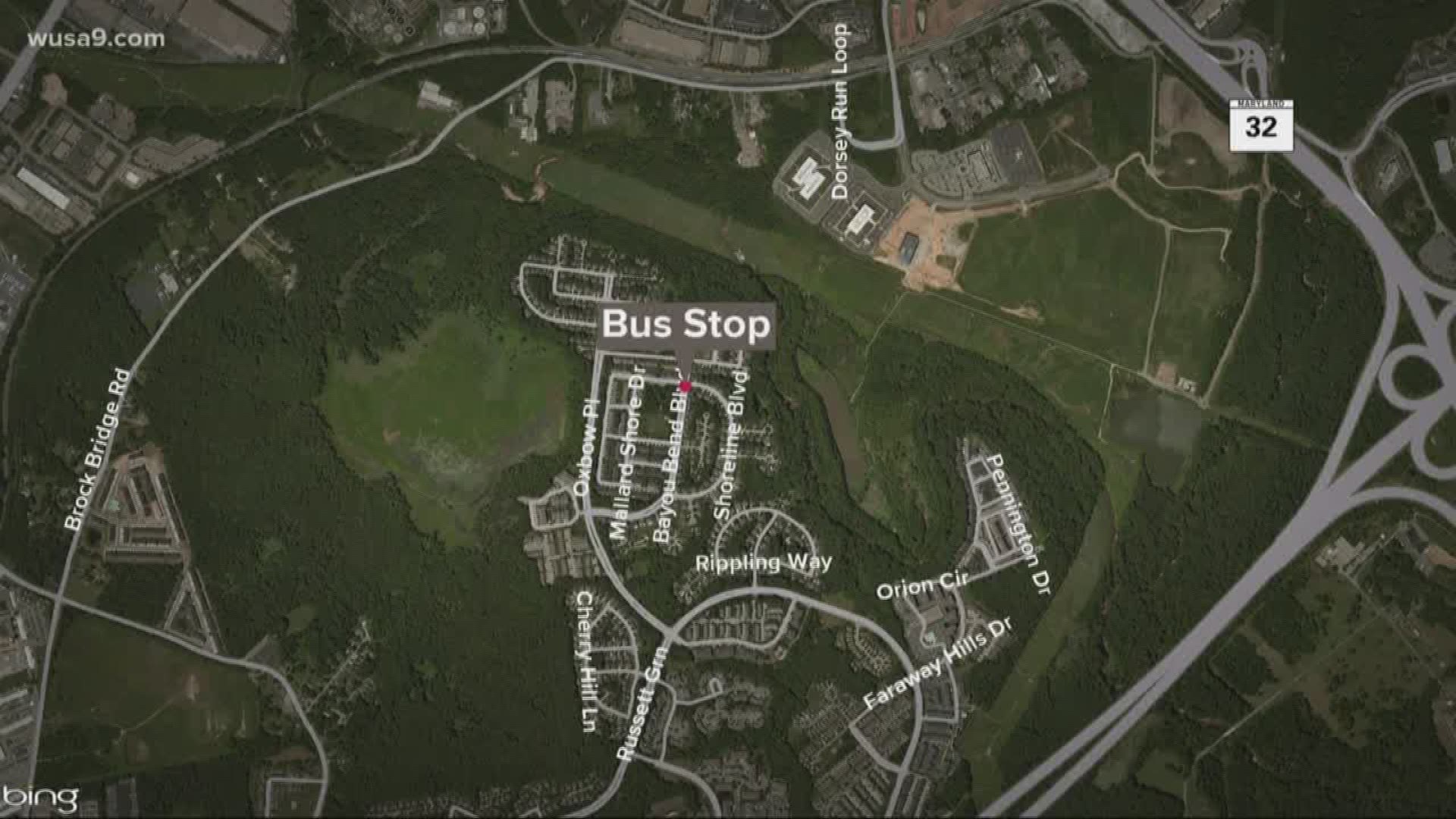 LAUREL, Md. — A 8-year-old girl is seriously injured after she was struck by a hit-and-run driver while she was trying to get on the school bus in a Laurel, Md. neighborhood, officials said.

Police were called around 7 a.m. Thursday to Shoreline Boulevard and Bayou Bend Boulevard for a hit and run.

The 8-year-old was hit by a dark colored SUV, police said.

The victim was taken Johns Hopkins Trauma Center in Baltimore with serious injuries but is expected to be OK.