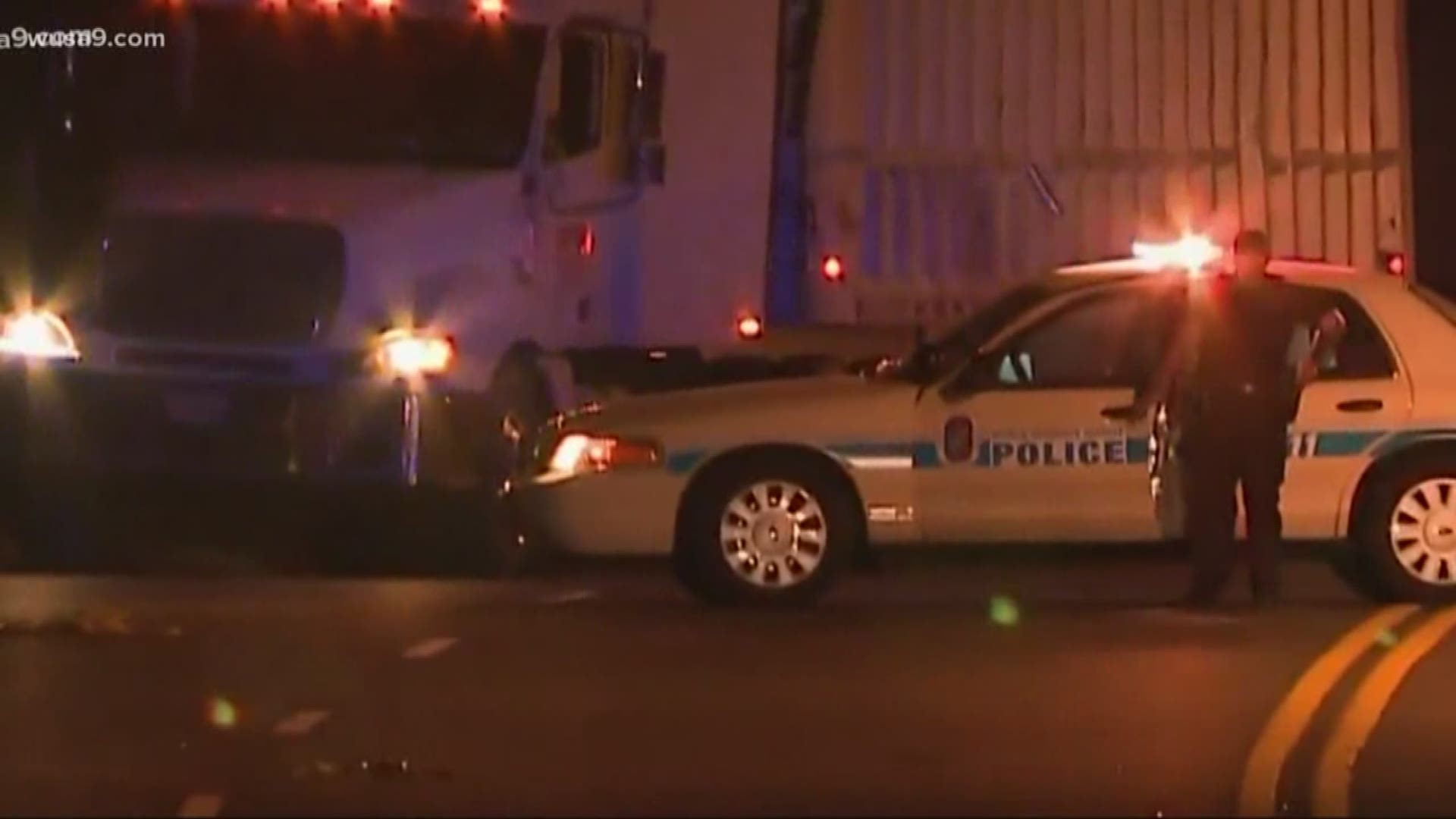 CAPITOL HEIGHTS, Md. — The barely recognizable wreckage of an SUV involved in a violent crash that claimed four lives in Capitol Heights Thursday night has been towed away, but the investigation is just beginning.

Officer Nicholas Clayton, spokesman for the Prince George's County Police Department, says they're trying to figure out what caused an SUV carrying two men and two women to inexplicably cross the center line in the 5800 block of Sheriff Rd. around 10:30 p.m., sending the vehicle on a collision course with a utility pole.

Initially the devastating scene led police to Tweet the SUV had struck two pedestrians, however further investigation revealed a man and a woman inside the vehicle had been ejected by the impact. Another man and woman were trapped inside the wreckage. All four died from their injuries.

According to a press release, investigators believe speed is a possible major factor contributing to the crash. Police are asking passengers and drivers to wear seat-belts.

The crash investigation closed Sheriff Road between Addison Road and Cypresstree Dr. for several hours. All westbound lanes have since reopened.  Right now a power crew working to make repairs to the damaged utility pole is blocking one eastbound lane.