Deandre Jackson, 27, Omar Barnes, 28, and Janarro Hewett, 27, were all arrested in a string of thefts since March, police say. 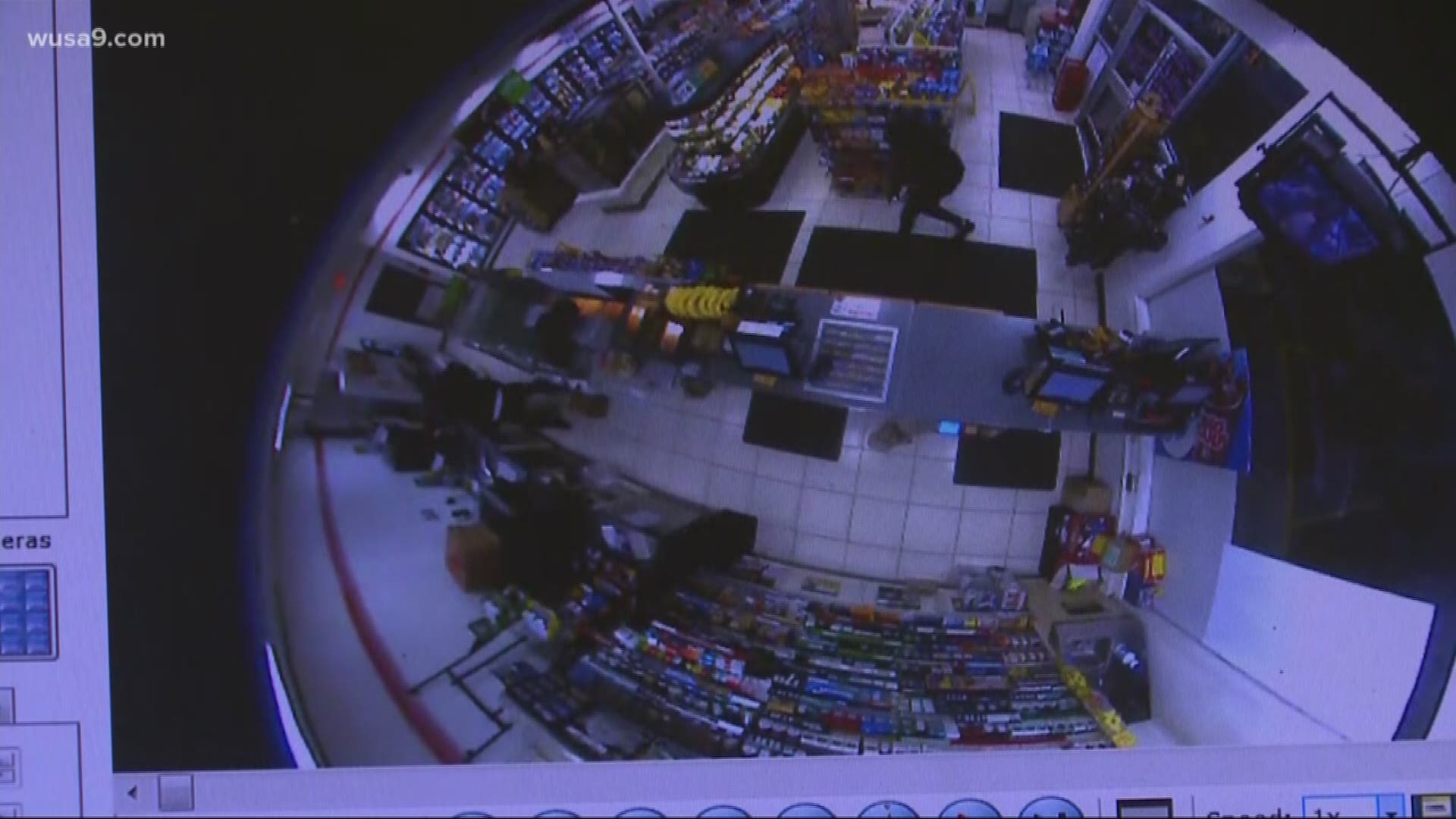 SILVER SPRING, Md. — Three men were arrested and charged for their roles in a series of ATM robberies at different 7-Eleven stores in Montgomery County. Police have been searching for the men since the thefts began in March.

Montgomery County police said the men were caught trying to rob a 7-Eleven in White Oak around 3:45 a.m. Tuesday.

While Jackson and Barnes, who were wearing masks, confronted store employees, Hewett stayed inside a blue pickup truck, police said. Hewett then backed the truck over the curb to prepare in ramming the storefront, police said.

Officers went inside the store to arrest Jackson and Barnes, while Hewett drove away. He was later arrested after he crashed the truck on the Beltway in Prince George’s County, police said.

Investigators said the white van and blue pick-up truck were both reported as stolen in Prince George’s County.

The men have also been linked to two other robberies on April 30 and May 2.

The trio drove through the window of the 7-Eleven on New Hampshire Avenue in Cloverly and stole an ATM on April 30, police said.

On May 2, the men drove through the store window again and stole an ATM from the 7-Eleven on Tech Road in Fairland, police said. The truck was later found in a nearby neighborhood and the ATM was loaded into a white van in the same neighborhood.

Barnes, Jackson and Hewett were all charged with two counts of robbery, one for each ATM theft. They were also charged for the attempted robbery on Tuesday.

All three are being held without bond.

Police are working to determine if they were involved in any ATM-related robberies prior to these three.