The Virginia Employment Commission said it's "working to resolve" the issue and affected claimants should be able to file weekly claims by the end of April 20. 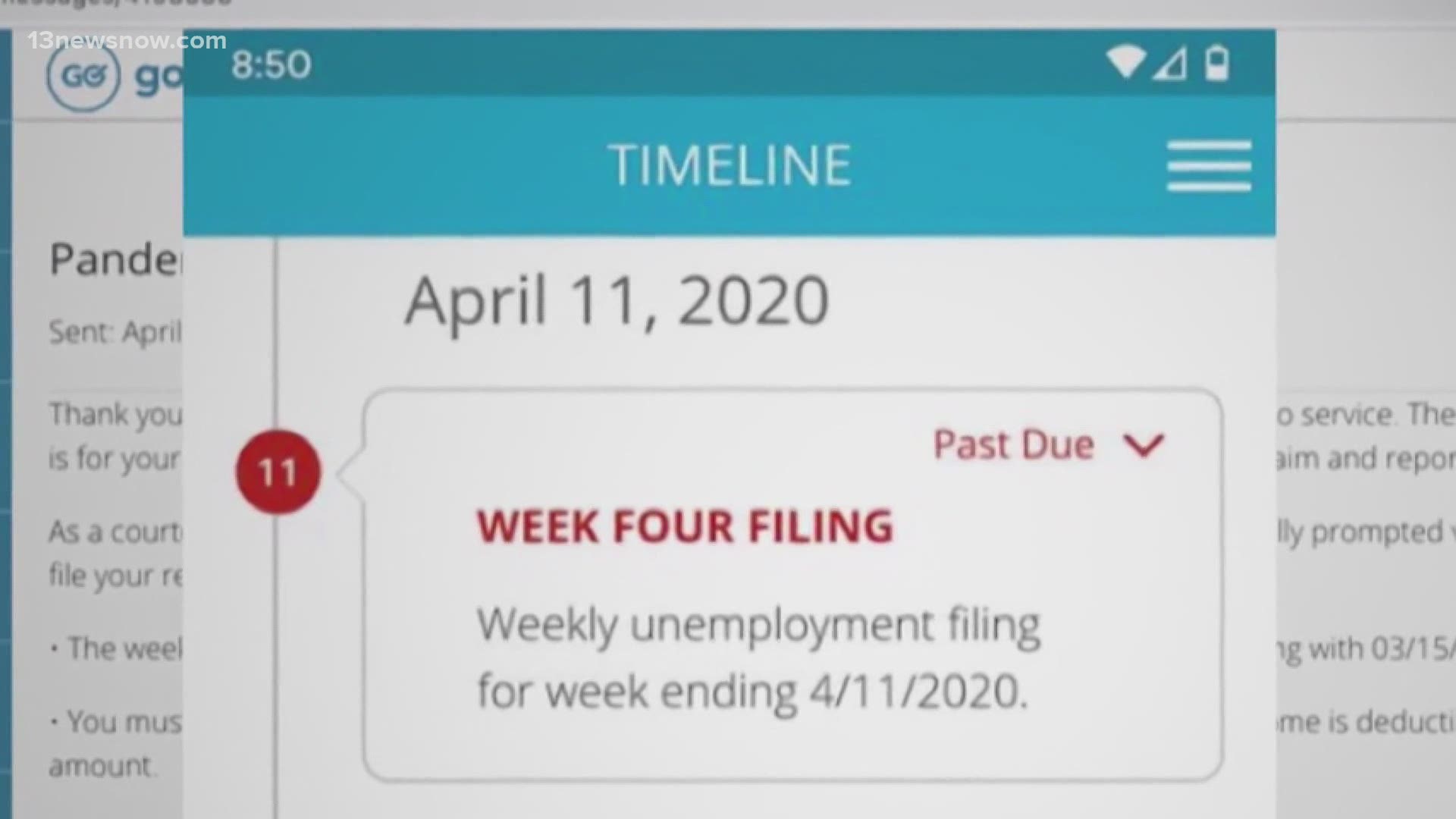 Through a website alert, the Virginia Employment Commission said it is "aware that individuals are having difficulty filing their weekly PUA claims" and it is "working to resolve this issue."

“It’s just a mess," said Elizabeth Higgins, a retired and disabled veteran who most recently worked as a surgical technologist. "It’s not just people’s money, it’s their livelihood."

In a Tuesday update, the VEC said: "many individuals" could once again submit weekly PUA claims for benefits, while the VEC expects "all affected claimants to be able to be able to file their weekly claim" later on April 20.

Higgins said the current PUA glitch is far from her first problem with the system.

"Every time there’s a system update you go without your benefits," she said. "It’s not an easy system for anyone to navigate."

Higgins is one of many self-employed workers and independent contractors eligible for unemployment benefits under the Pandemic Unemployment Assistance Program. She said people are scrambling without clear communication of what’s wrong.

“It’s heartbreaking because you think you’re going to have help and you’re going to get through this and everything is going to be okay - and they pull it out from underneath you," she said.

Some people filed a weekly claim through a different VEC phone number, but other claimants were worried that the decision could mess with their claim, potentially leading to a case review that could last months.

“So when you go from using what you’ve used the whole time to another system you think well did it take it? Is it going to work? Am I going to get my money?” Higgins asked.

The VEC did not answer questions from 13News Now about why many people have not been able to file weekly claims for PUA benefits over the last few days, or how delayed benefits would be paid to eligible claimants.

“Even with all the frustration you have to sit there and hope that something is going to go right for a little while," Higgins said.