Don't be fooled by fake sweepstakes. They're the ones calling you and asking you to verify your identity by wiring money or ask you to pay fees to get your prize. 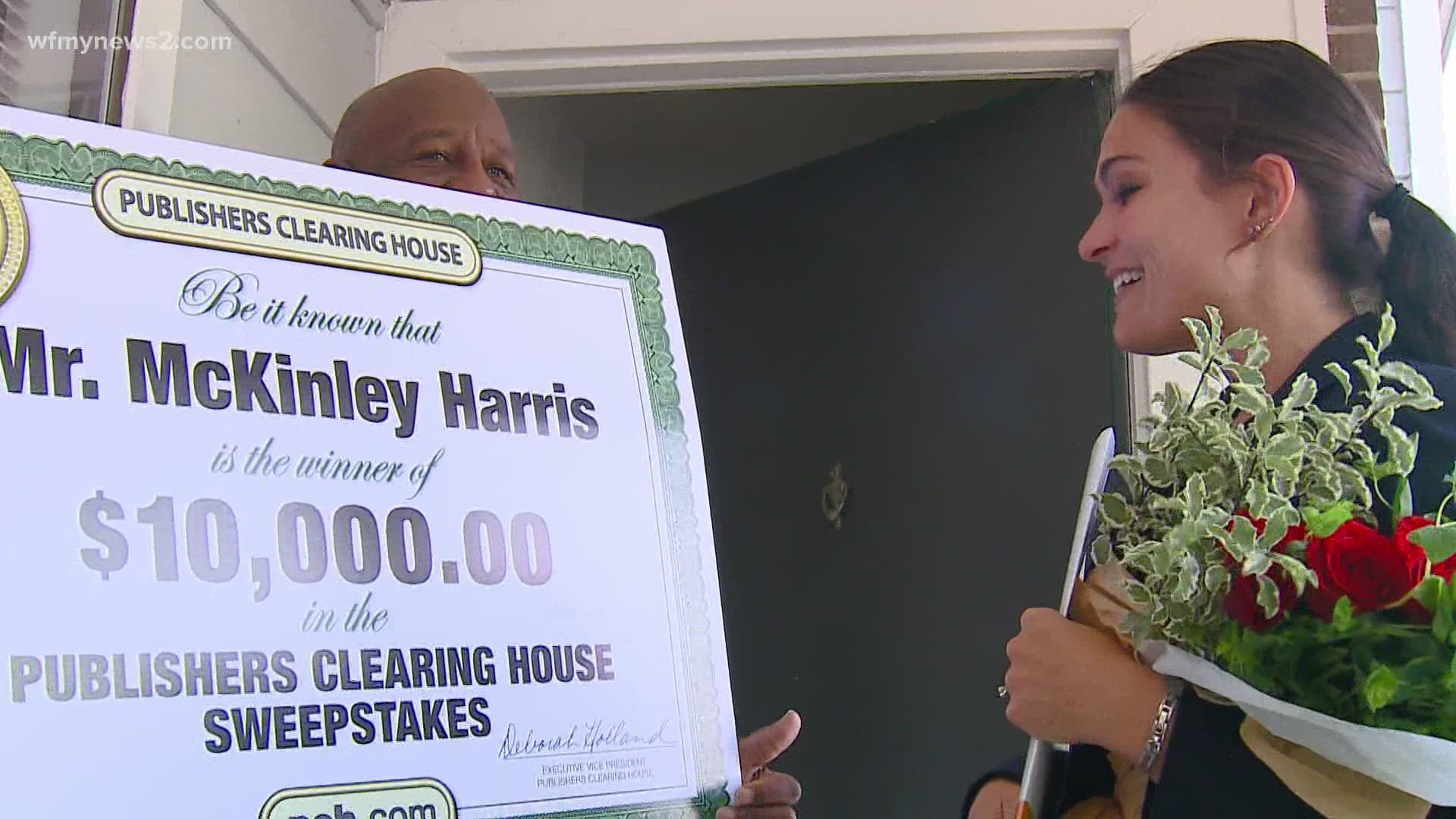 GREENSBORO, N.C. — The Publishers Clearing House commercials are all over TV or social media. While you see people in the commercials winning, there's always a little voice inside that says, "Does that really happen?"

So, that's a yes. He had a cause to celebrate but Rosalind Guthrie has cause to warn you, so listen up.

“I`m calling to let you know that you are the second prize winner in our big sweepstakes for $2.5 million,” Guthrie said. When the caller said all that, Guthrie started taking notes. The person on the phone gave her a badge number and told her to go to the nearest Walmart or Walgreens to prove her identity through money gram.

“He kept trying to convince me that it wasn`t a scam and he kept saying, ‘Oh, I would not do anything to you like that. I used to be a minister.'”

But, it was a scam. She knew it and hung up the phone. How do you know it's a scam and you're not really missing out on a grand prize?

RELATED: Exact change only? Why retailers are having a hard time and need your coins.

RELATED: COVID-19 canceled a lot of things, but not taxes

With the Publishers Clearing House grand prize, they don't call. They show up at your door.

Whether it's the grand prize or a smaller prize from any sweepstakes or business, you never have to pay upfront, no fees, not taxes, not shipping. No legitimate prize makes you pay upfront, ever.