The IRS and Treasury Department’s “Get My Payment Portal” got off to a slow start as complaints spread through social media shortly after it launched. 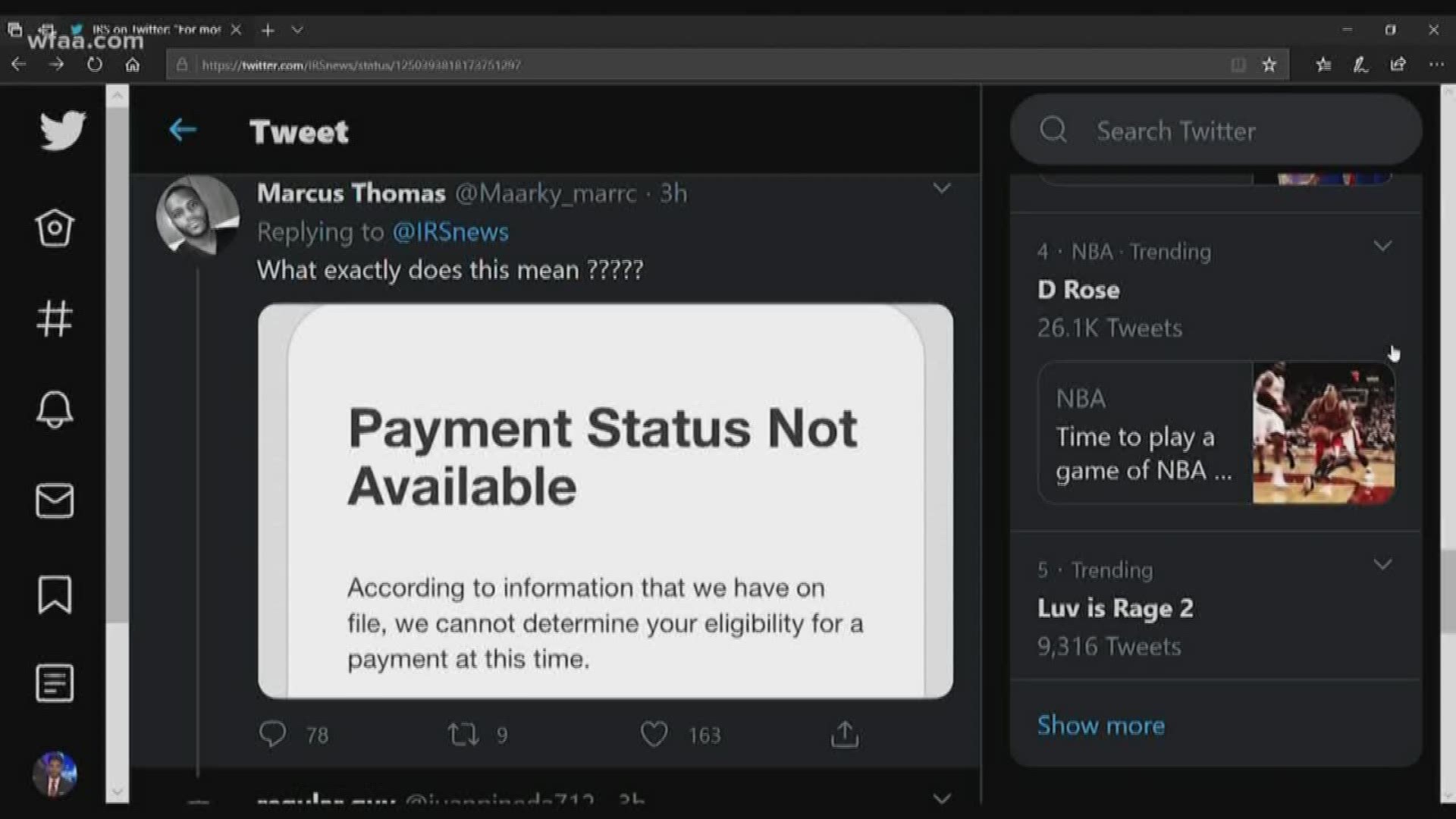 ARLINGTON, Texas — The new “Get My Payment” portal designed to help taxpayers check on their economic impact payment and update direct deposit information left some users frustrated soon after the system launched Wednesday.

The joint effort by the IRS and the Treasury Department first sparked complaints when users had trouble getting through. They were met with a message warning of long wait times due to high traffic.

When they eventually did get in, some users submitted their information only to be met with a message saying, “Payment Status Not Available.”

The message directed taxpayers to the Frequently Asked Questions page, which did not specifically address portal issues Wednesday morning.

Some users did not have any problems getting into the system and received a message telling them when the payment was or is scheduled to be transferred.

However, some posted on the IRS’ social media pages their payments had been deposited in accounts they’d recently closed despite having recently received a tax return deposited to the correct account.

The IRS plans to mail a follow-up letter to each recipient’s last known address within 15 days of payment, which will include how and when the payment was made and what they can report if they never received it.

Phone calls to the IRS were of little help. A recording told callers the IRS is unable to provide live assistance due to reduced staff levels.

WFAA reached out to the IRS for answers to specific concerns about long wait times, the payment status being unavailable to some users and payments being deposited in wrong accounts.  At the time of publication, the IRS press office had not responded.