Many restaurants around the country continue to experience a shortage of workers to fill positions for servers, cooks, and other openings. 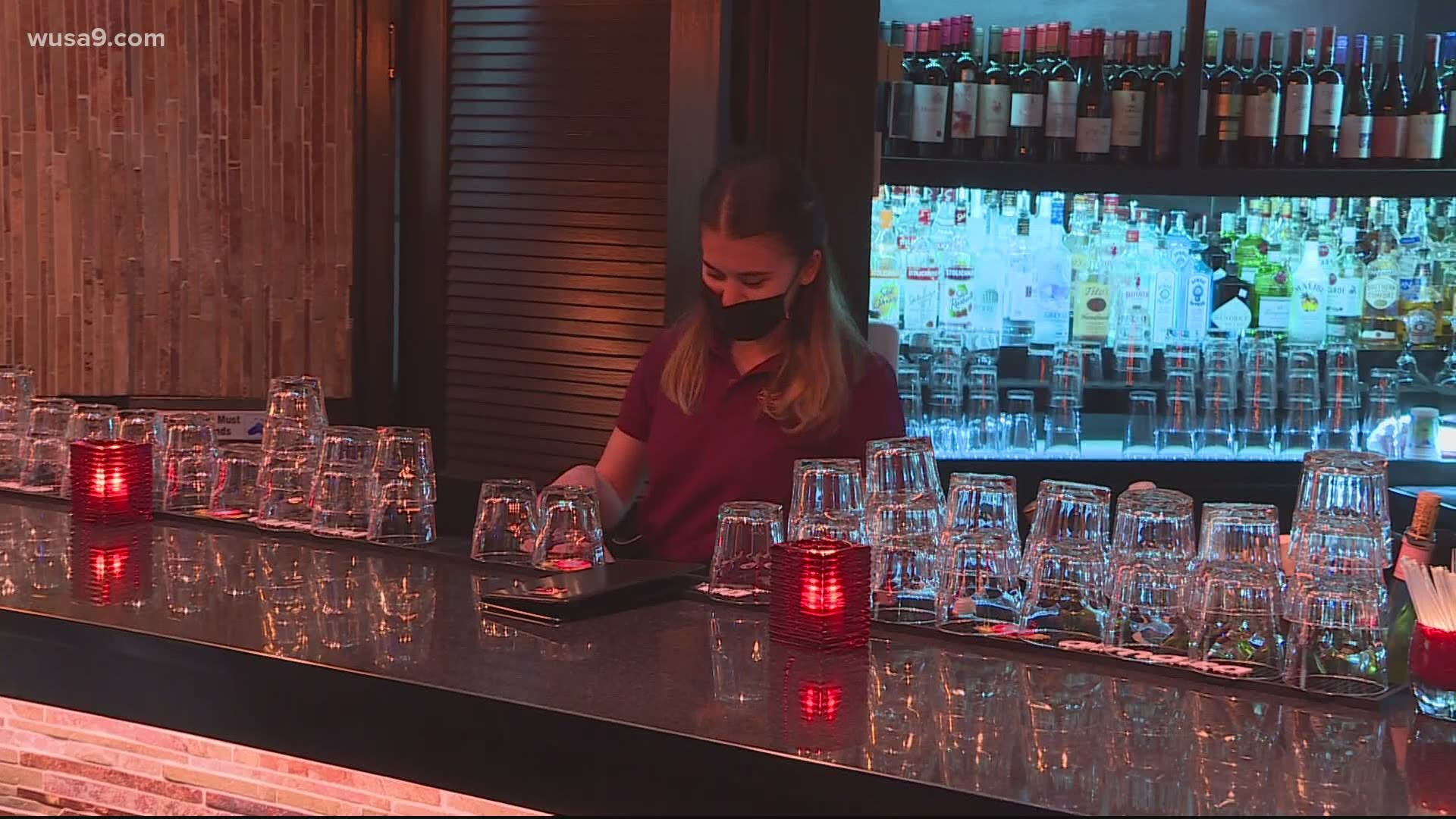 ARLINGTON, Va. — Inside the MeJana restaurant on Friday evening, tables of guests dined on Lebanese food as cool and rainy weather moved through the region.

The scene looked similar to many Friday nights at the restaurant since it began serving meals 14 years ago.

However, months after being shut down due to the pandemic and then navigating through reopening guidelines, the restaurant was operating with around half as many servers as it normally would.

The "hiring crisis" continues to play out at many other food establishments around the country. According to a Census poll done last month, more than half of hospitality businesses said they will need to hire workers over the next few months.

However, almost 40% of restaurant companies said they were having trouble filling positions for servers, cooks, and other jobs.

On Friday, numerous job postings could be found on the Founding Farmers website for its establishments in Tyson and Reston. Knead Hospitality and Design, which operates almost a dozen restaurants around the DC area, was offering a $1,000 bonus to anyone who joined their team.

MeJana was forced to close for around two weeks in March of last year due to the pandemic.

It later reopened only for takeout before guidelines allowed the restaurant to gradually welcome back customers for outdoor and indoor dining.

Now, as vaccinations increase and many restrictions are rolled back even further, owner Khalil Azar told WUSA9 that reopening brought some challenges.

"Now, the most difficult part is to find people willing to work," he said on Friday. "We can’t find anyone at all. We are begging all of our servers who used to work for us if they can come at least to help us on busy nights.”

Normally, Azar said the restaurant has up to nine servers working each shift. However, due to the lack of people looking for employment, as little as four servers can now be found on the floor at times.

Across the country, CBS News found that some were hesitant to return to working at restaurants due to the threat of being exposed to coronavirus.

Other former restaurant employees with children were forced to oversee their virtual schooling at home.

Azar, and other restaurant owners, expressed concerns with $300 weekly unemployment benefits being extended to September and impacting the motivation to return to the workforce.

"They are not motivated to work. They get the same money as if they were working," he said. "They prefer to stay at home as they are getting checks every week.”

Azar expected the "hiring crisis" being experienced at restaurants to continue until at least September, when the $300 unemployment benefits may end.

In the meantime, he said he would continue helping the staff at MeJana deal with the returning crowds.

"I have to take care from the front desk receiving people, taking care of the reservations, and on top of that, I have to go to every table to see how is everything. I can help on the floor," he said. "My manager can help also.”