The DC Office of the Attorney General released a report, outlining the massive increase in complaints they've received amid the pandemic. 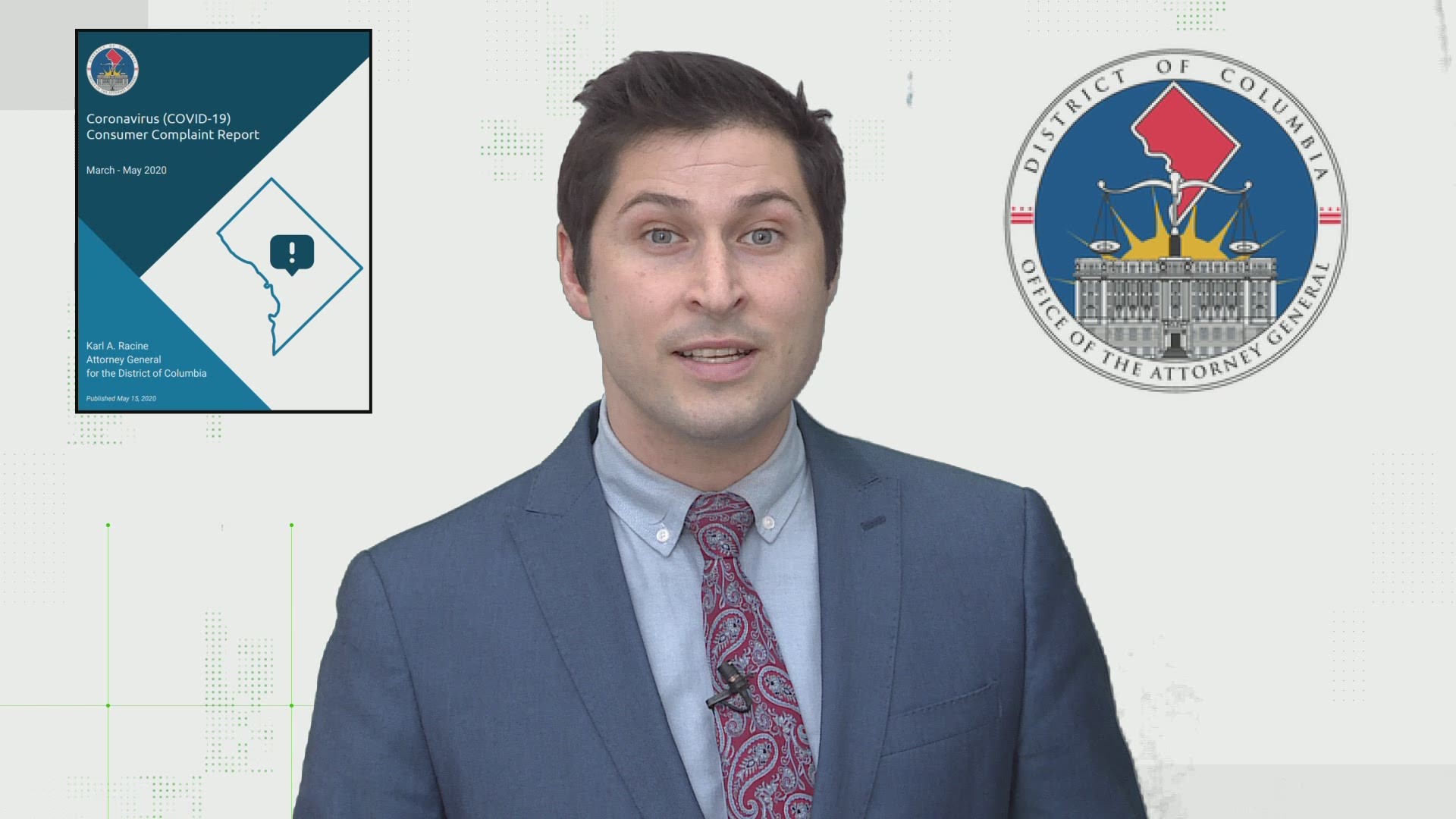 WASHINGTON — In a brand new report, released Friday afternoon, the D.C. Office of the Attorney General announced a massive spike in the number of consumer complaints.

In the two months since Mayor Bowser's Emergency Declaration on March 11, there have been 634 consumer complaints, according to the report. That can be compared to the two-month stretch in January and February, when there were just 245 complaints.

The vast majority of the complaints, 438, have been COVID-19 related, according to the report. The biggest categories of complaints have been either "Billing and Cancellation" issues or "Price Gouging."

Visualizing The Data; Breaking Down Consumer Complaints Amid Pandemic

Downs said that complaints have come into the OAG from all eight wards. As a result, the OAG has issued 23 "cease and desist letters" to businesses in the last two months. The OAG even had to file a lawsuit against a ward 7 convenience store, accusing the business of price gouging.

"We're seeing that stores in all eight wards are up-charging consumers for anything from toilet paper, bleach or Lysol -- any of the items that one would need to effectively combat this pandemic," Downs said. "We’re seeing that some businesses are taking advantage of this, or seeking to take advantage of people in the District."

The largest amount of complaints focused on billing and cancellation issues, especially relating to health clubs, gyms and spas. There was a flurry of complaints at the start of April when people realized they got charged for their membership, despite being unable to enter the business.

"Consumers were complaining that they’re being billed for services that they no longer use during this pandemic," Downs said. "So that’s the top line item."

You can see the full report here.