iPhone X fans wait to pay, or get paid waiting

Thousands of people all around the world are waiting in line for the new Apple iPhone X. 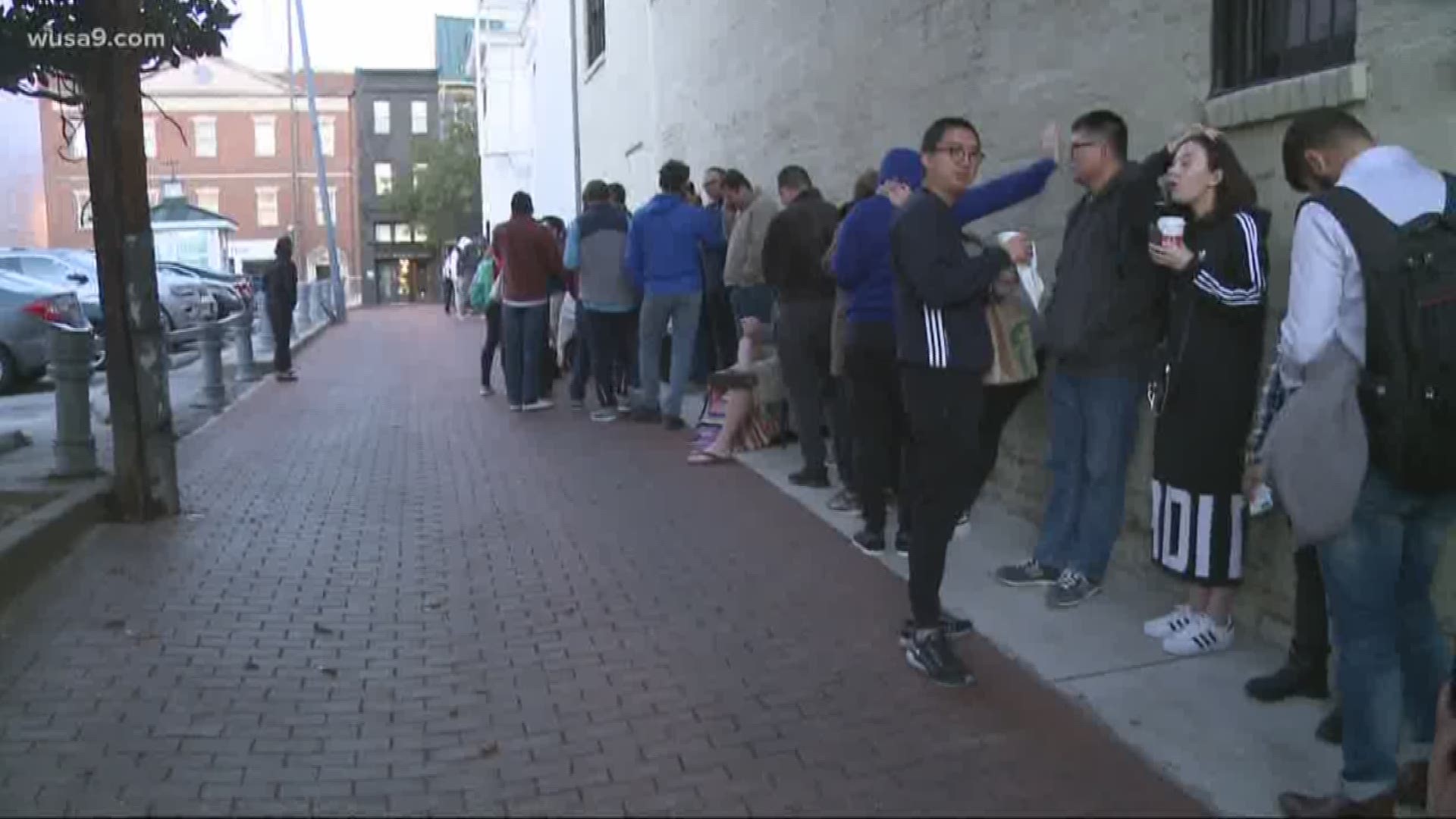 Thousands of people all around the world are waiting in line for the new Apple iPhone X.

It's the 10th anniversary of the popular smartphone and people can't wait to get their hands on the new device, including here in Washington, D.C.

People started lining up at the Apple Store in Georgetown at 2:00 p.m. Thursday.

The new device is said to be loaded with new high tech features, including a face recognition that unlocks the phone.

The new phone will run customers $999. Some already pre-ordered the phone and came out to the line to try to re-sell them.

People have been waiting in line at the Georgetown @Apple location since 2pm for the new iPhone. A look at the line now. @wusa9 pic.twitter.com/xwTtz0K5Ad

Others are looking to make some money off of this too. Jennifer Goff runs a business called Skip The Line. A customer paid her to stand in line for 18 hours to get the phone. Her going rate right now is $30 an hour.

Meanwhile, some customers are waiting in line for themselves, excited to get their hands on the new phone.

"It's the 10th anniversary of the iPhone and I just wanted to get here and get the phone myself, said Mark Borelli.