Late arrival: Data shows around 40% of first-class mail arrived on time in DMV in late December

Data provided to WUSA9 by the American Postal Workers Union showed a drop in on-time performance from January to December last year. 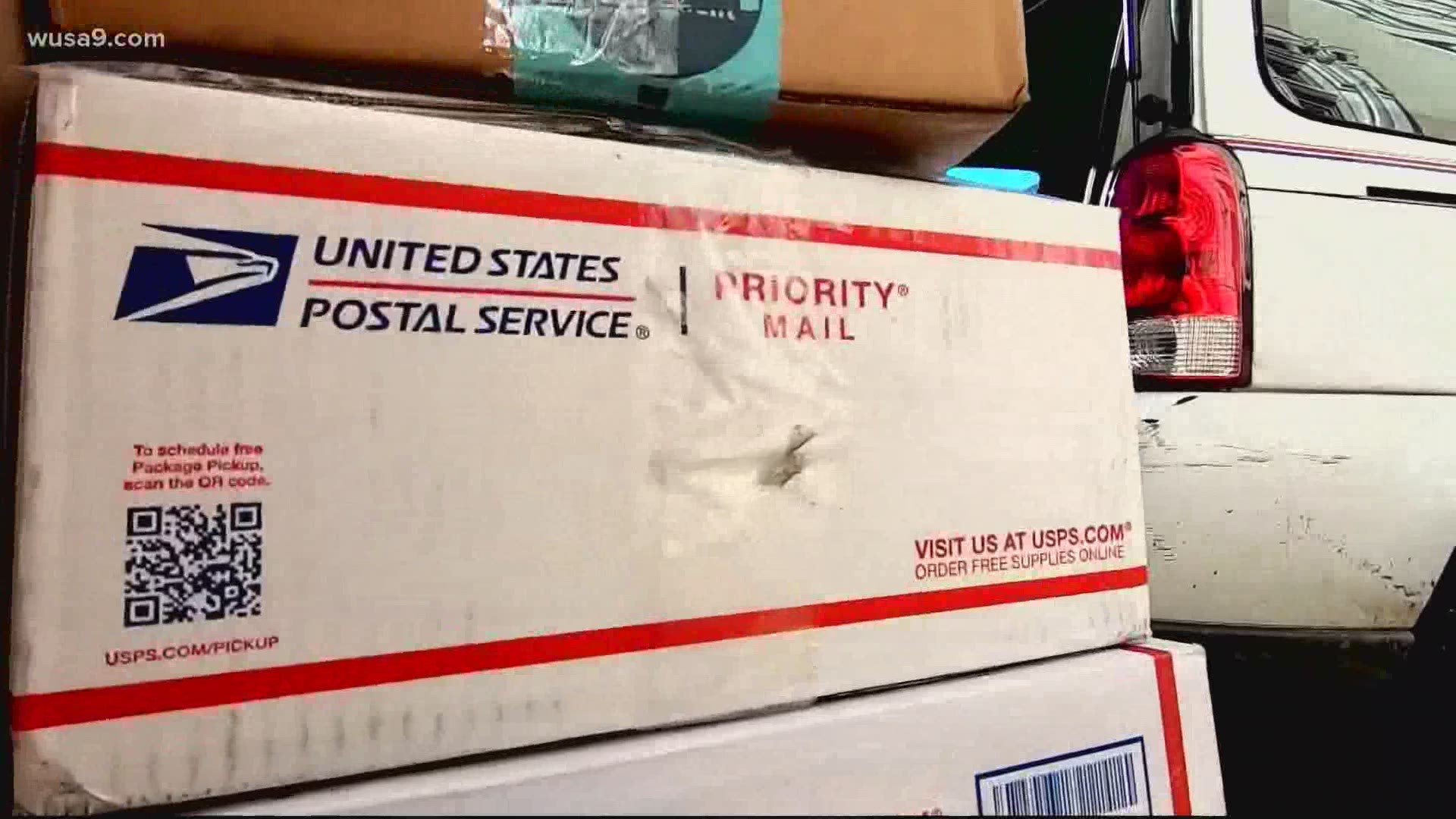 WASHINGTON — Just over half of all first-class mail arrived on time in the DMV in December last year, according to data obtained by WUSA 9 from the American Postal Workers Union.

Performance rates began to dip around mid-July when both local postal districts saw first-class on-time delivery rates fall to the mid-80s and 70s.

By the end of December, the numbers nosedived to around 40%.

The delays have impacted deliveries ranging from birthday and Christmas cards to medications and credit card bills.

"Everything is taking over a month. I talk with friends and we’re all having problems," said Charles Taylor, who lives in Falls Church. "I had first-class postage for church mail and mailed it on December 9th. It got there on January 15th. I sent a Christmas card on December 21st. She (his sister) got it January 19th.”

Hundreds of stories similar to Taylor's reached the offices of Senator Mark Warner (D-Virginia) and Senator Tim Kaine (D-Virginia), who both sent a letter this week to United States Postal Service Postmaster General Louis DeJoy calling for him to address the delays and rescind policy changes implemented last year that could be contributing to the slowdown.

MAIL DELAYS IN THE #DMV:
Data provided by @APWUnational shows a BIG drop in on time delivery rates for first-class mail from January '20 to December '20

"In more recent correspondence from your office, USPS government liaisons have cited the historic surge in holiday mail, temporary personnel shortages related to the COVID-19 pandemic, and capacity challenges as contributing factors to recent delays," the two senators wrote in the letter. "While we appreciate USPS’s efforts to hire seasonal workers, add delivery and retail hours in select locations, and lease extra vehicles, it is clear that USPS leadership’s interventions have thus far been insufficient in matching its operational challenges."

Both Warner and Kaine highlighted how DeJoy halted some of the operational changes he proposed earlier in the year to cut costs within USPS, including removing mail-sorting machines and collection boxes, until after November 2020. 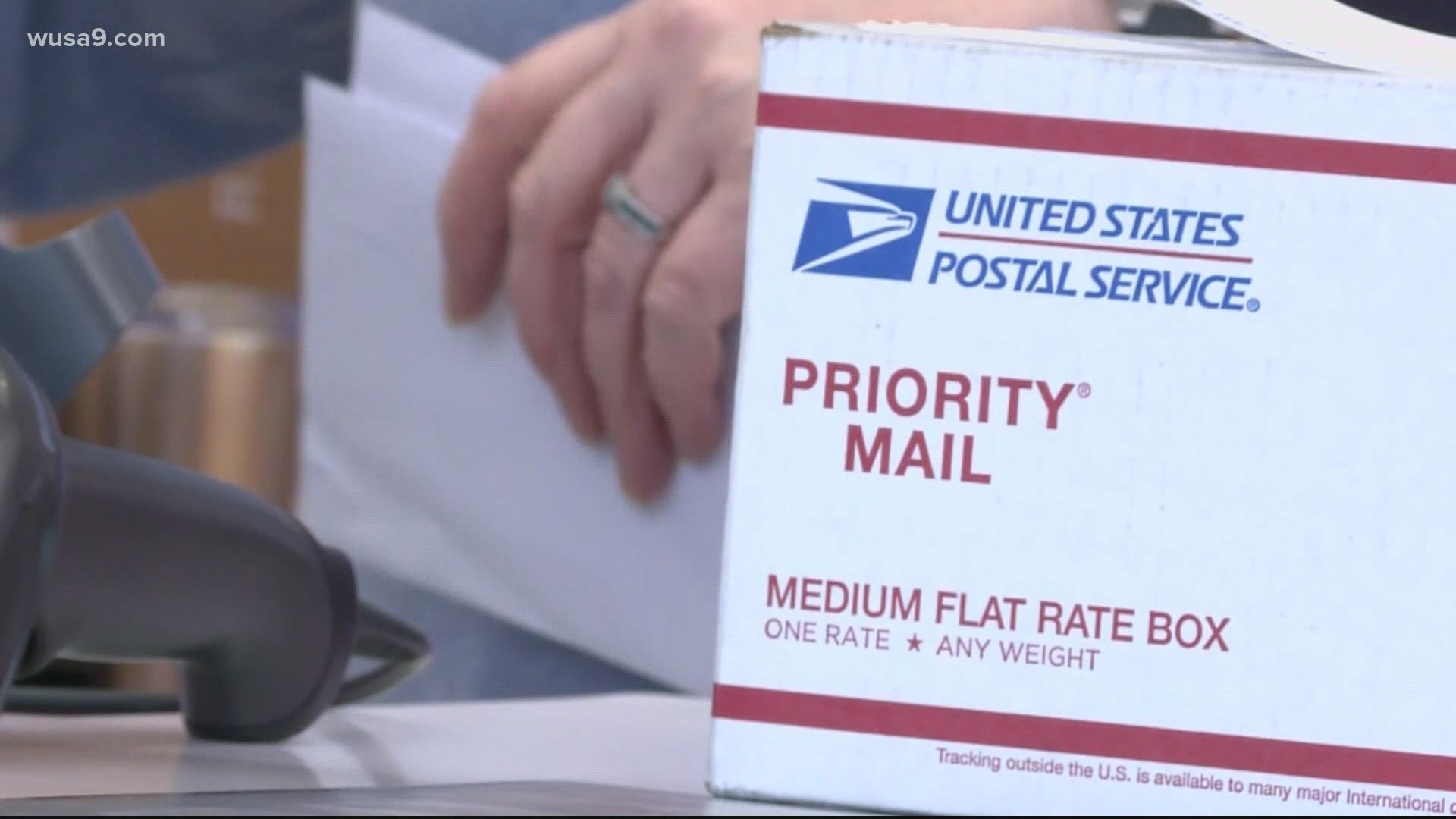 The senators said the data showing the large drop in on-time delivery rates led them to call for the policy changes to be rescinded.

"In light of the tremendous challenges facing the Postal Service during the COVID-19 pandemic and the failure of its leadership to ensure the timely delivery of mail-in recent weeks and months, we urge you to immediately reverse all operational and organizational changes that have contributed to substantial mail delays," they wrote.

With the pandemic bringing plenty of challenges for mail workers, the American Postal Workers Union (APWU) spoke to WUSA9 on Tuesday about the need for federal assistance.

"It’s very frustrating to postal workers who are extremely dedicated to the mission. We’re working hard and a lot of long hours," said APWU President Mark Dimondstein. "Part of the reason the mail got bottled up in the processing facilities is that there just weren’t enough people to move it.”

Dimondstein took direct aim at the policy changes that started last year and agreed with Senator Kaine and Senator Warner that something needed to change.

"The policies that were implemented in July, there’s no question that they delayed mail," he said. "Obviously, they need new policies put into place that fix the problems.”

"What happened in December is you had record mail, you had record package volume on top of high package volume through the whole pandemic," Dimondstein added. "A lot of people were out under quarantine or out sick with Covid. That was all combined with chronic understaffing that’s been going on for years.” 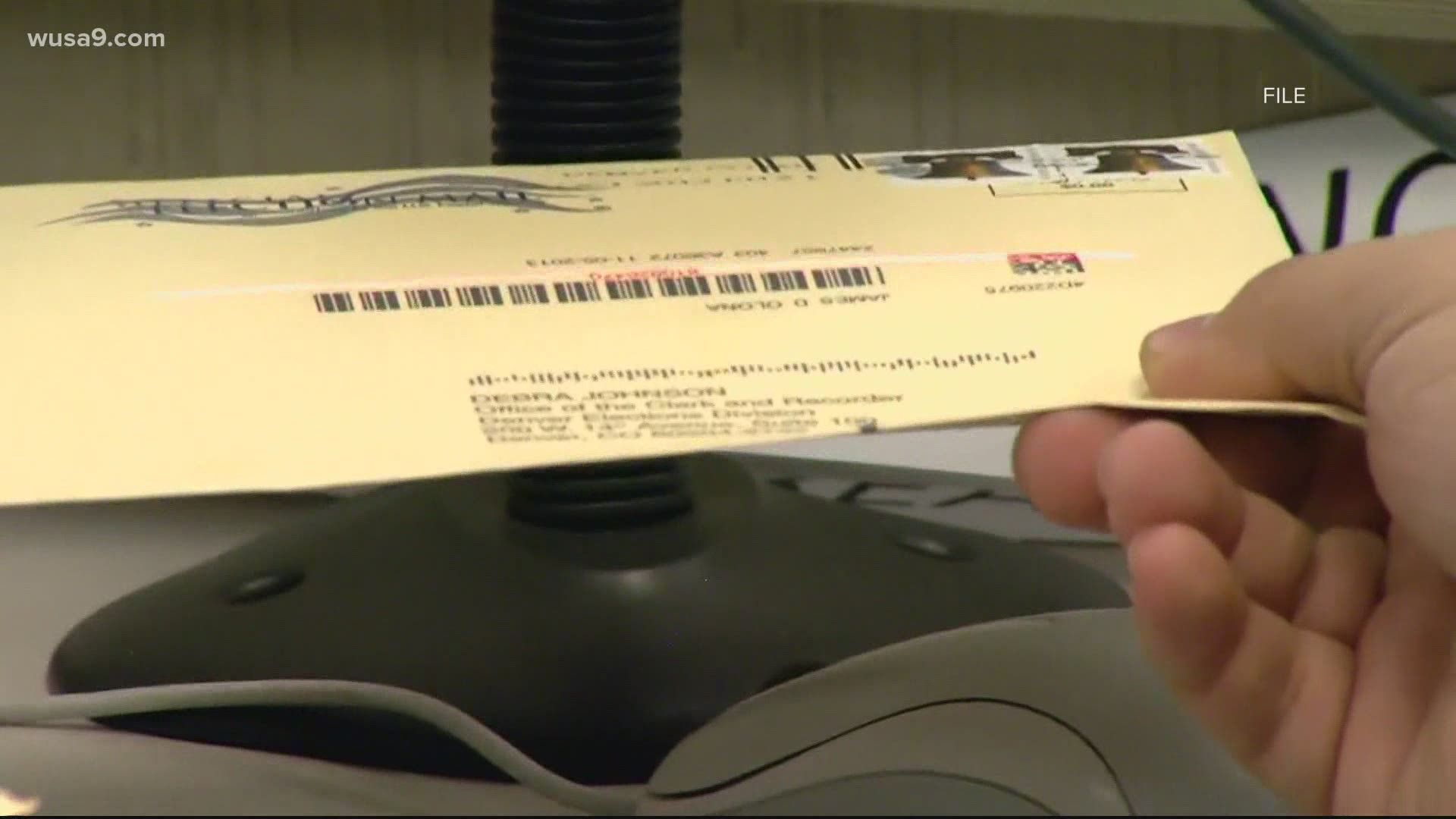 According to Dimondstein, the postal service received $10 billion in stimulus funding to help address the issues being experienced.

While the aid helped, he believed an additional $15 billion could better allow the mail industry to recover.

"They should be able to find $15 billion for the people of this country," he said. "When you provide the money to the postal service, that’s who it’s going to.”

When contacted by WUSA 9 on Wednesday, USPS said anyone facing a delay can report their concerns or complaints by calling 800-ASK-USPS at any time toll-free or by contacting USPS on Twitter using the handle @USPSHelp.

Moving forward, a woman who told WUSA 9 about her mailing troubles hoped help would come soon.

"It’s tax time. This is serious. People depend on the delivery of medicine and they depend on getting those tax papers," said Thelma Heywood, who lives in Charles County and had multiple packages get delayed in the mail. "When you’re depending on the US mail, you’re depending on a lot of things and people are hurting this day and age.”