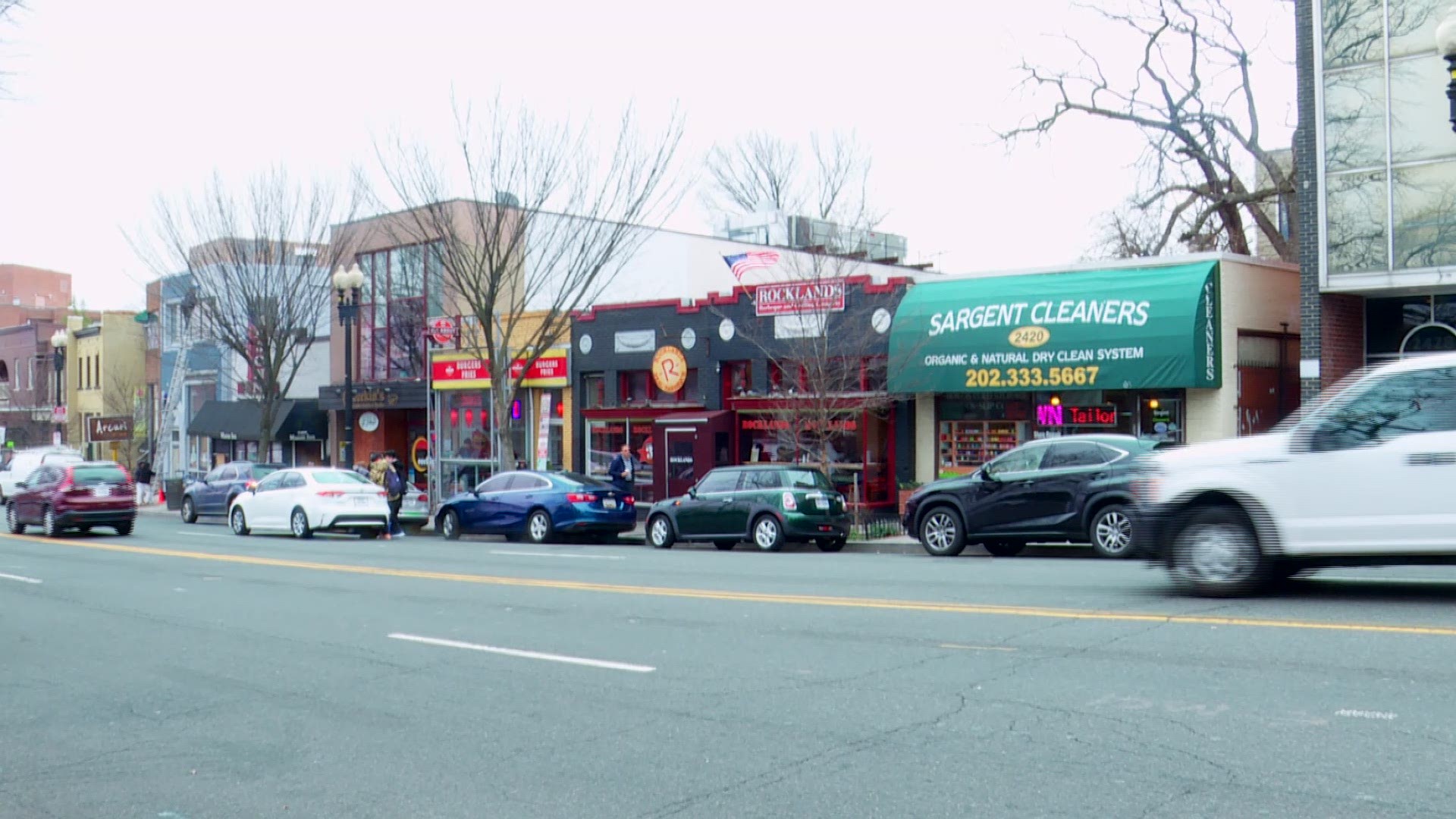 WASHINGTON — Cavit Öztürk remembers the days when he paid $8,000 in property taxes to operate his Turkish restaurant, Cafe Divan, in Glover Park.

Over the last decade, Glover Park has seen an exodus of businesses along Wisconsin Avenue as rents continue to rise, making other Northwest neighborhoods, east of Rock Creek Park, more attractive to bars and restaurants.

For this very reason the neighborhood is working to revitalize its commercial corridor.

RELATED: 'This is not good for us' | Rising rents, taxes and changing neighborhoods create challenges for Wisconsin Ave businesses

John Snedden, owner of Rocklands Barbecue, has operated his business in Glover Park for 30 years.

He said his business has been very fortunate over the years, but he adds that he has also observed Washingtonians’ habits change on the retail and entertainment fronts.

"Currently, one of the biggest changes is the expansion of D.C. with Ivy City, Union Market, the Wharf, the Navy Yard," he said. "What were traditional areas of Washington, where people congregated, are not any longer."

Kate Dean, executive director of Glover Park Main Street, is working to address that problem by gathering feedback from local businesses and neighbors about what they believe Glover Park needs to attract locals back to the neighborhood.

But, Dean said that is not the only focus of Glover Park Main Street, as the program also wants to market the neighborhood to residents who just moved to the District as well.

"We want the new entrants," she said. "People who are just moving to the city, who may be unfamiliar with Glover Park, to know what's here and to come over here to enjoy and eat and visit."

"It won't happen overnight, but we are looking to make changes," she said.

In 2018, D.C.’s Main Streets Program created 450 jobs and 52 businesses, according to the DC Department of Small and Local Business Development.

Snedden, who is also on the board of Glover Park Main Street, is a big proponent of the program because of his experience with it in another D.C. neighborhood.

Snedden also co-owns Right Proper Brewing Company in the Shaw Neighborhood and said the program’s existence has benefited businesses in that neighborhood.

"It really helps get great clarity and alignment between the community, the business organizations and also with the city," he said.

Both Dean and Snedden said they believe Glover Park already has a good foundation from which to build on. They point to the neighborhood’s slew of owner-operated local and international restaurants as assets that can draw more visitors to Wisconsin Avenue.

"We do want to promote the businesses that are here, because, like I say, we have a lot of great resources," Dean said.

But, there is a giant elephant in Glover Park’s living room: the vacant Whole Foods near the Guy Mason Recreation Center.

The grocery store, which sits on the 2200 block of Wisconsin Avenue, has been closed since 2017.

Snedden said he is hopeful it reopens soon because it can bring hundreds of daily visitors to the Glover Park.

"It's taken people off the habit of coming to Glover Park, and now they might be going to Tenleytown or other places to do their shopping," he said.