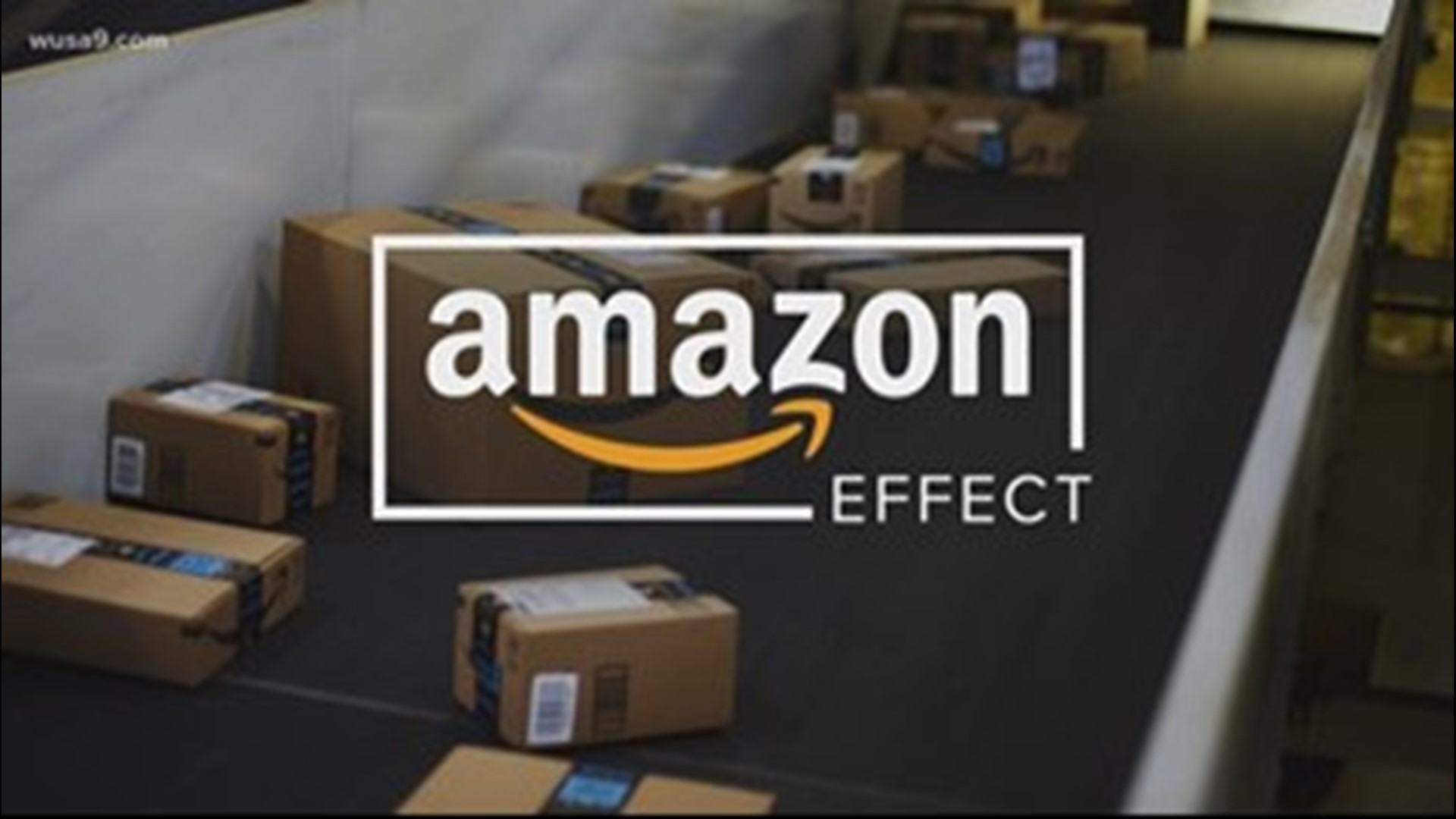 ALEXANDRIA, Va. — The Amazon effect could boomerang on retailers already open near the tech giant that is building its second U.S. headquarters in Crystal City.

For the past eight years, Kelly Ferenc has poured her heart into her small business. Her focus on customer service and specialty items has helped Bishop Boutique thrive on King Street when others have not.

"Unfortunately, I have been sandwiched in between two empty store fronts for five years, so I'm excited to have them filled sooner than later," Ferenc said.

She likes the buzz and is eager to see the new customers that are expected from the opening of Amazon's second headquarters in Arlington County's Crystal City neighborhood about 3½ miles north of Old Town.

But Vanessa Ryan, who manages Bloomers loungewear and pajamas, said she has worked in the past for Old Town Alexandria businesses that have razor-thin profit margins.

She worries about what even a slight rent increase could do to some small retailers if the Amazon headquarters opening makes Old Town even more desirable.

"A lot of business can't pick up and move because rent increases," she said. "That's the end of the business and I feel like that's very sad."

Store leases vary in Old Town. But one longtime owner said a landlord charged $2,200 a month last year for a 500-square-foot store just off King Street.

"I think for me, and my family and business, any positives outweigh the negatives," Ferenc said.

Real-estate agents already are feeling the Amazon effect, they said. One agent said he believes that Amazon is a big reason why parts of Northern Virginia have seen a 5% increase in home values in the past year.

Credit: WUSA-TV, Washington
Vanessa Ryan, who manages Bloomers loungewear and pajamas in Old Town Alexandria, Va., worries that the opening of Amazon's second headquarters in nearby Crystal City will put upward pressure on rents for small businesses in the area who sometimes operate on tight profit margins.