Virginia Unemployment | Answers to some of your VEC claims questions

The unemployment rate in Virginia fell to 5.3% in January according to the VEC. But even with less claimants, claim requests and questions are going unanswered. 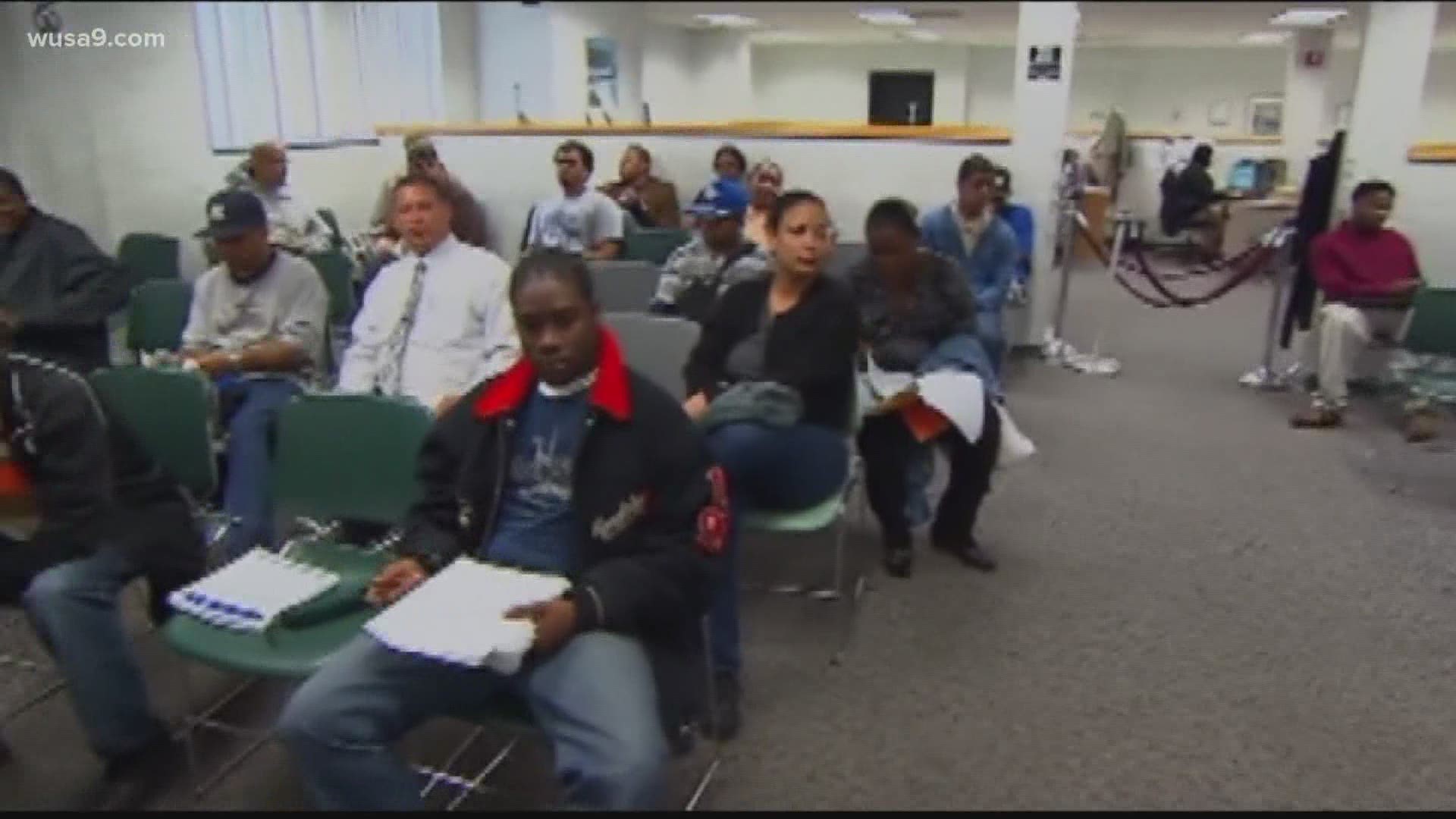 ALEXANDRIA, Va. — You know the saying … the squeaky wheel gets the grease?

Well one WUSA9 viewer claims after filing a complaint with her local representative, she was contacted by the VEC to expedite her claim. So WUSA9 reached out to the VEC to see if there are any other ways to expedite the response process.

The unemployment rate in Virginia fell to 5.3% in January according to new data from the Virginia Employment Commission. But even with fewer claimants to manage, Virginians are telling WUSA9 their claim requests, and questions are still going unanswered.

Alexandria resident Diana Rodriguez says she set her alarm every morning to be the first to call the VEC.

"I would hit call and 8:15 a.m. it would say all customer service representatives are helping others call back," said Rodriguez.

When Rodriguez was laid off at the end of January she says she filed a claim with the Virginia Employment Commission. After receiving her first week’s claim, she says the payments just stopped coming.

"Tomorrow will be the third week, so hopefully it will be there tomorrow," she said.

"When the woman from the VEC called me she said well it won't happen automatically, but because you're a constituent request, we're going to expedite it," she said.

So is that true?

Do emails sent from state representatives and government officials get special priority within the VEC?

Healy says those complaints are then “systematically” responded to either by email or by phone.

Before the pandemic, the VEC call center had 80 employees, according to Healy. By June she says they hired 200 more workers to keep up with phone calls.

With the rate of unemployment dropping in the commonwealth according to the latest data from the VEC WUSA9 asked if they’ve cut back on staff.

"We're up to about 500 people working in our call center," she said.

According to Haley, the VEC is opening a new call center Buchanan County in southwest Virginia and they're hiring an additional 200 call center employees.

The Department of Labor times how long it takes for the VEC to respond to a claim said Haley.

"We're supposed to get a claim from the beginning when someone applies to the money out the doors the bank accounts in 21 days," she said.

Healy says Gov. Northam allocated $10 million in his budget to make sure that we can sustain that customer service throughout next year. She says improving technology is a priority. The system that the VEC currently uses was built in 1985 and she says the VEC is currently looking at ways to upgrade it as soon as possible.

One of the complaints that WUSA9 received was about the chat feature on the site. Viewers said that they were interacting with a bot and not a person.

Is there a plan to staff the chat feature with humans going forward?

Haley said they’re looking to upgrade the chat feature to be similar to Turbo Tax where they have a much more sophisticated version of artificial intelligence that can simulate real human interaction. They hope that will take some of the pressure off of the call centers. She didn't confirm when this technology would be implemented.