These dogs were rescued from a 'horrendous' South Korean dog meat farm. Now, they're looking for their forever home in the DMV

More than 10 dogs saved from a dog meat farm will be up for adoption at Humane Rescue Alliance in the coming days. 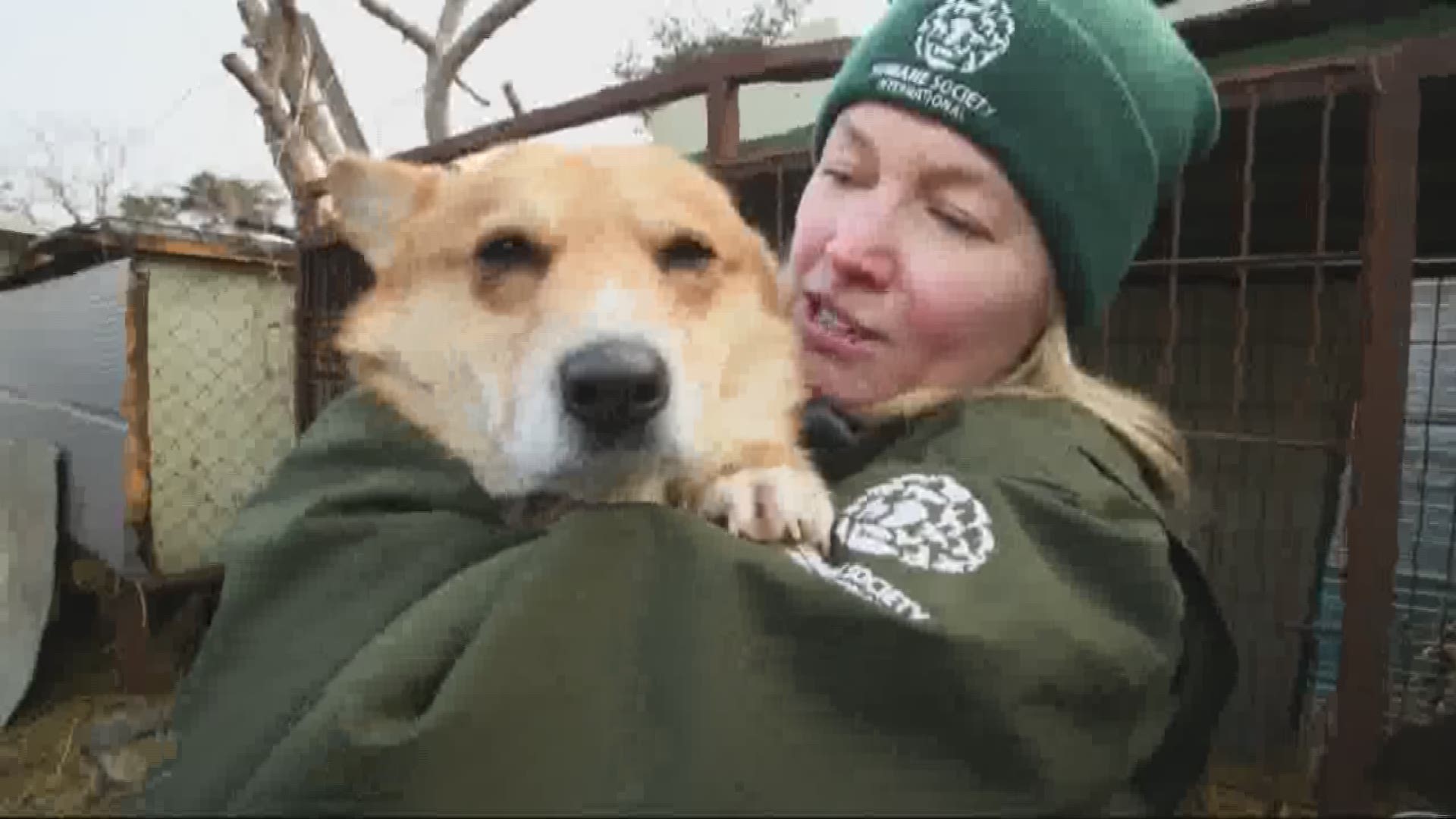 A group of dogs saved from a dog meat farm in South Korea will soon be up for adoption in Washington D.C.

According to The Humane Rescue Alliance, more than 200 dogs were rescued from the farm, which doubled as a puppy mill. They said the dogs were sold as pets or for slaughter, depending on where they would get the most profits.

Credit: Humane Rescue Alliance
A dog locked in a South Korea dog meat farm as crews rescue more than 200 of them.

Humane Society International (HSI) explained that is why many of the dogs are small breeds such as Chihuahuas, corgis, Yorkshire terriers, poodles, Pomeranians, shih tzus and French bulldogs.

“These dogs have been surviving in appalling conditions, in barren, filthy cages, with inadequate food and water and almost no veterinary care or human contact," Ewa Demianowicz, senior campaign manager for HSI/Canada said in a release. "Sadly, it is likely that many never left the cramped cages they have been confined in. It is heartbreaking to imagine how much they have suffered in their lives."

Credit: HSI
A dog being rescued from a South Korean meat farm by Humane Society International.

This is the 14th dog meat farm Humane Society International has rescued dogs from, officials said.

It seems most of the 200 dogs rescued from this incident were sent to Canada, per a release from HSI, but 12 will be available in the D.C. area in the coming days.

All of the dogs in the D.C. group are all about five to six months old and will be up for adoption in the coming days. You can keep track of available animals here.

“These puppies started their lives in some of the worst conditions imaginable,” said Sam Miller, media relations manager at the Humane Rescue Alliance in a release. “We’re honored to help them begin the rest of their lives by finding them loving, new families here in DC.”

Credit: HRA
Some of the puppies available in D.C. after more than 200 were rescued from a dog meat farm and puppy mill in South Korea.

HSI noted a significant decline in dog meat consumption in South Korea, with the younger generations especially. A Gallup Korea poll from June of last year showed 70 percent of South Koreans say they will not eat dog meat in the future.

Now through June 9 is HRA's "Capitol Pride Pawrade" promotion, when you can name your own adoption fee for cats and dogs at their two locations, foster homes and off-site adoption events. For more information on that, click here.