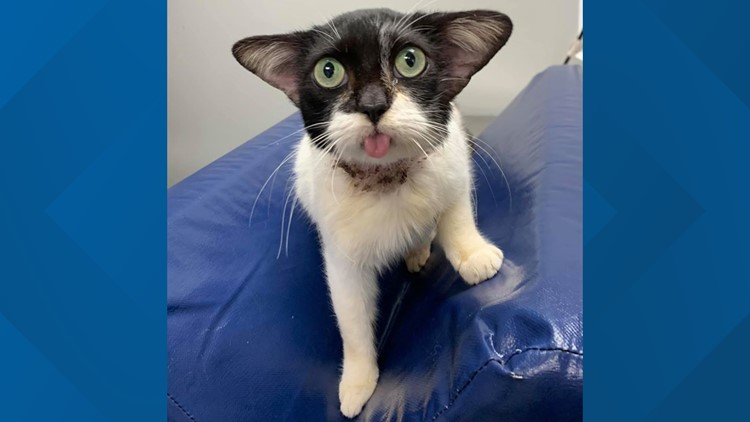 ROWAN COUNTY, N.C. — The internet has fallen in love with a curious cat in Kannapolis.

The Humane Society of Rowan County (HSRC) made a Facebook post about "Baby Yoda Cat" on Christmas Eve.

The feline was found by a volunteer and taken to the Cabarrus Animal Hospital on December 15.

"She is being treated for a deep wound around her neck, as well as an upper respiratory infection," HSRC said. "She also came in with some hair loss due to precious wounds, fleas, and intestinal parasites."

Baby Yoda Cat
Baby Yoda Cat is tucked in for the first night in her foster home! S... he will be contained in a large kennel until she is off of quarantine, and her neck is healed Merry Christmas Eve everyone!

"Baby Yoda Cat" has a long road to recovery, according to the shelter, and won't be available for adoption for a while.

"The rescue is accepting local applications, but she won’t officially be available for adoption until her wounds are healed, she is spayed, microchipped, and receives her second round of vaccines and dewormer," HSRC said.

The shelter recommended fans and potential adopters check back on its Facebook page to follow the cat's journey.

"Baby Yoda Cat plans to be a spokes kitty for all of the homeless animals around the world that are being euthanized in animal shelters due to lack of homes," said HSRC.

In case you're not familiar with "Baby Yoda", he is a popular character in the Star Wars Disney + television series, "The Mandalorian". His official name is "The Child".