Some Hampton Roads cities have a higher percentage rate of people with diabetes than the state average, the new law will bring relief. 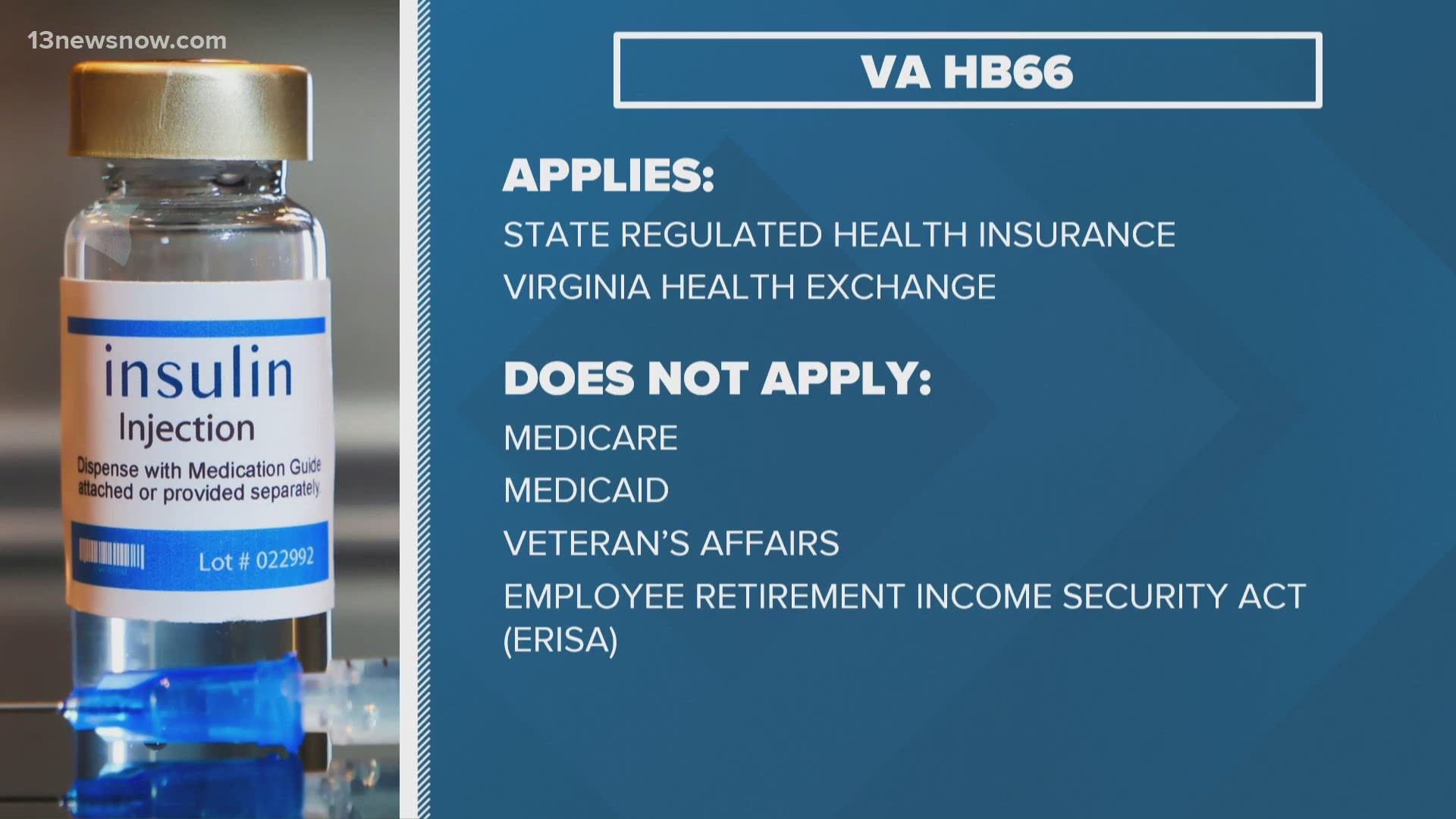 NORFOLK, Va. — A new Virginia law prohibiting insurers from charging more than $50 for a 30 day supply of insulin is now in effect.

“People often have to make decisions on whether to buy their insulin or to pay for food or for housing," said Eastern Virginia Medical School Associate Professor Dr. David Lieb.

Lieb explained those are just some of the struggles he hears from some of his patients. He understands what they're going through because he has Type 1 diabetes.

“For patients like me who have to pay for a lot of different things to control diabetes, insulin cost is just one more thing," said Lieb.

Lieb pointed out that insulin prices have continued to rise.

“There are estimates that people taking insulin pay $6,000 to $7,000 a year on insulin alone. One bottle of insulin may cost $300 without insurance coverage," said Lieb.

Lieb said the Virginia State percentage of people with diabetes is somewhere between 8 to 10 percent.

"In Western Tidewater it’s 12 percent, in Portsmouth it's 15 percent and on the Eastern Shore it’s as high as 20 percent. You know it’s well over 200,000 individuals in our region with Type 1 and Type 2 diabetes, so this impacts a significant number of people," said Lieb.

This law doesn’t apply to everyone.

It helps people who have state-regulated health insurance plans and anyone on the Virginia health exchange.

It does not apply to people on Medicare, Medicaid, patients with Veterans Affairs or anyone under the Employee Retirement Income Security Act (ERISA).

"The people that are still in trouble are folks who don’t have health insurance," said Lieb. "Those individuals rely on our wonderful free clinics in the community."

The American Diabetes Association of Hampton Roads is a resource people can turn to if they don't have other resources.

"There are over 870,000 Virginians that live with diabetes and not everybody has the same prescription medical coverage," said Petty.

Petty has diabetes and volunteers with the ADA to help others get the insulin they need.

"If anybody is finding themselves in need or education, they can reach out to the ADA and help connect them with different resources that be available to them," said Petty.

Lieb said this law is a step in the right direction, but more needs to be done.

“There’s a long way to go with getting insulin costs down where they should be to make them affordable for all people," said Lieb.