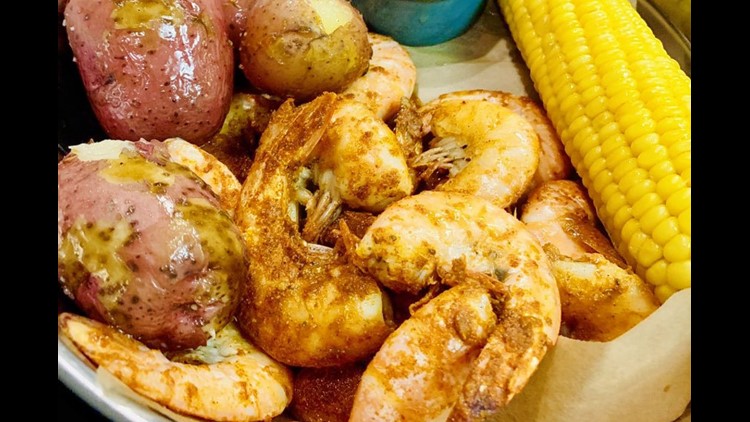 Get these trending Washington restaurants on your radar now

WASHINGTON — Want the inside word on Washington's buzziest restaurants?

We took a data-driven look at the question, using Yelp and SafeGraph, a dataset of commercial points of interest and their visitor patterns, to deduce which eateries have been getting outsized notice this month.

To find out who made the list, we first looked at Washington businesses on Yelp by category and counted how many reviews each received. Rather than compare them based on number of reviews alone, we calculated a percentage increase in reviews over the past month, and tracked businesses that consistently increased their volume of reviews to identify statistically significant outliers compared to past performance. Then we analyzed foot traffic data from SafeGraph to validate the trends.

Read on to see which spots are getting plenty of attention right now.

Open since August, the steakhouse, which offers seafood and more, is trending compared to other businesses categorized as 'Seafood' on Yelp.

Citywide, seafood spots saw a median 1.6% increase in new reviews over the past month, but Phillips Seafood & Steak saw a considerable 111.1% increase, maintaining a sound four-star rating throughout.

Whether or not you've been hearing buzz about Foggy Bottom's North Italia, the bar and restaurant is a hot topic according to Yelp review data.

Foggy Bottom's District Commons is also making waves. Open since 2011 at 2200 Pennsylvania Ave. NW, the well-established beer bar, cocktail bar and traditional American spot has seen a 1.4% increase in new reviews over the last month — matching that of all businesses tagged 'American (Traditional)' on Yelp — but the number of visitors to District Commons almost doubled over the same time frame, according to SafeGraph's foot traffic data.

District Commons' menu features a variety of crispy flatbreads from the hearth, tempura soft shell crabs, grilled Atlantic salmon, jumbo lump crab cakes and catch of the day. Over the past month, it's maintained a mixed 3.5-star rating among Yelpers.

Officina at The Wharf is the city's buzziest Italian restaurant by the numbers.

The popular restaurant, which opened at 1120 Maine Ave. SW in 2018, increased its new review count by 11.7% over the past month, an outlier when compared to the median new review count of 1.6% for the Yelp category 'Italian.' It outperformed the previous month by gaining 1.6 times more reviews than expected based on past performance.

It's not the only trending outlier in the Italian category: Cafe Romeo's has seen a 2.9% increase in reviews, and Bertucci's Italian Restaurant has seen a 5.7% bump.

Officina is described as an Italian-inspired culinary collective from chef Nicholas Stefanelli of Michelin-star Masseria in Washington. The site features a bar, cafe, trattoria and market. The Southern Italy-inspired dishes on the restaurant menu include calamari, dry-aged duck breast, grilled octopus and cannellini bean and pasta soup.