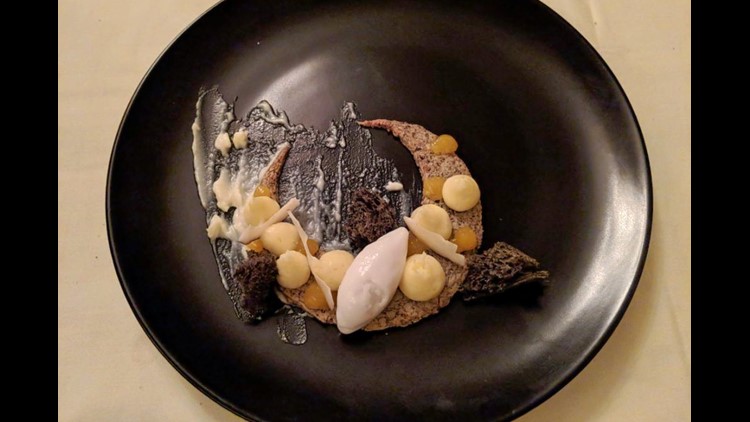 Splurge on traditional American eats at these top Washington eateries

Looking for a sublime traditional American meal near you?

Hoodline crunched the numbers to find the best high-end traditional American restaurants around Washington, using both Yelp data and our own secret sauce to produce a ranked list of the best spots to fulfill your urges.

Topping the list is Rare. Located at 1595 I St. NW downtown, the steakhouse and tavern is the highest-rated high-end traditional American restaurant in Washington, boasting 4.5 stars out of 245reviews on Yelp.

If you're curious for more, we found these details about Rare Steakhouse.

'Inspired by the classic great American steakhouses that used to command attention and respect in the downtowns of cities across the country, we opened the first Rare Steakhouse in Madison, Wisconsin, in May 2014.'

Next up is Georgetown's 1789 Restaurant, situated at 1226 36th St. NW. With four stars out of 718 reviews on Yelp, it has proven to be a local favorite for those looking to indulge.

Yelper Alex M., who reviewed the restaurant on Dec. 9, wrote, 'Excellent restaurant. Used to be a one-star Michelin restaurant and it shows. Grabbed the tasting menu twice and all the dishes were individually amazing. Unique flavors, fresh ingredients and some very interesting style dishes.'

Vivian T. noted, 'We ordered a bunch of appetizers to share. The Brussels sprouts were a hit. How could you say no, especially with bacon? I also ordered duck for my entree, and it was quite good but not mind-blowingly.'

Then, Ledroit Park's The Red Hen, located at 1822 First St. NW, is another top choice, with Yelpers giving the cocktail bar and Italian and traditional American restaurant four stars out of 824 reviews.

Yelper Poorna P. wrote, 'The food was fantastic — highly recommend the arancini to start. My friend got the rigatoni and I had the mafalde. The rigatoni was definitely the winner of the two. A solid wine list and our bottle of red from Tuscany was fantastic.'

Plume, a traditional American spot downtown is another pricey go-to, with four stars out of 257 Yelp reviews. Head over to 1200 16th St. NW to see for yourself.

We looked there to learn more about Plume.

'Named Forbes' only five-star rated restaurant in Washington, Plume serves as a discreet and elegant backdrop to the artistry of our award-winning culinary team,' the business says in its Yelp profile. 'Choose a cozy nook or a table by our inviting fireplace as you savor classic dishes crafted using traditional techniques and seasonal restaurant menus that are inspired by the harvest from Thomas Jefferson's kitchen gardens at Monticello.

'Plume is home to more than 1,300 wine labels,' its Yelp profile continues. The list spans more than a dozen countries and dates back to a rare 1790 Madeira.'