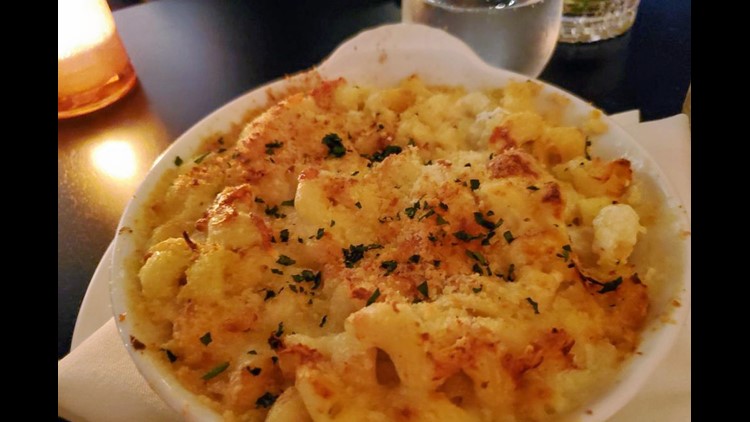 Check out the 3 newest businesses to debut in Washington

Interested in getting intel on the newest businesses to open in Washington? From a fine dining Indian restaurant to a roti shop, read on for a list of the newest spots to open around town.

Naanwise is an Indian restaurant that recently opened at 2635 Connecticut Ave. NW in Woodley Park.

Specialities at the fine dining restaurant include lamb vindaloo — lamb cooked in a hot, tangy sauce with potatoes; seasoned goat cooked in gravy; shrimp simmered in gravy with spinach; and coconut chicken curry. So far, the restaurant has a 4.5-star rating out of nine reviews on Yelp.

Stop by 1050 31st St. NW and you'll find the latest steakhouse, cocktail bar and traditional American restaurant to arrive in the neighborhood. Cut by Wolfgang Puck has added a new location in the Rosewood hotel in Georgetown.

The celebrity chef's restaurant features dishes with locally sourced ingredients, including oysters, scallops and Virginia rockfish in a coconut cream sauce. Virginia wagyu beef, veal schnitzel and charred leeks are also on offer. The restaurant is off to a good start with four stars out of six reviews on Yelp.

Last but not least, check out Roti Modern Mediterranean. It has opened its latest outpost in Dupont Circle at 1850 M St. NW, Suite 100.

On the menu you'll find the option to build your own rice plate, as well as pita sandwiches, roti salad and flatbread pizzas. The chain restaurant, which has eight other locations in the District, has received a positive response from Yelpers, with five stars out of three reviews.