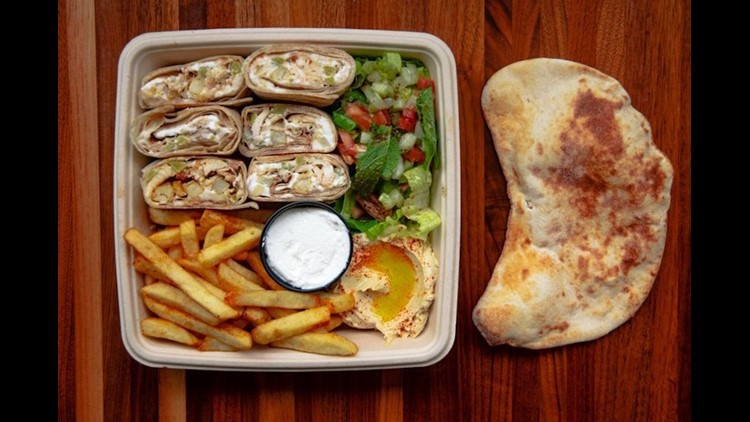 Looking to satisfy your appetite for Middle Eastern fare?

Hoodline crunched the numbers to find the best affordable Middle Eastern restaurants around Washington, using both Yelp data and our own secret sauce to produce a ranked list of the best spots to venture when cravings strike.

Topping the list is Falafel, Inc. Located at 1210 Potomac St. NW in Georgetown, it is the highest-rated, low-priced Middle Eastern restaurant in Washington, boasting five stars out of 522 reviews on Yelp.

Yelper Asher H., who reviewed the business on Dec. 24, wrote, 'I really didn't expect to be blown away at the vegetarian-only offerings at Falafel, Inc. The food was not only delectable, but crazy affordable as well.  I strongly recommend the falafal/hummus combo sandwiches, as well as the zatar fries.'

Shivani G. noted, 'This is by far the cheapest meal you'll find in Georgetown. For $3 you can get a falafel wrap and for $4, a salad. Both are beyond tasty and a decent portion, given the prices.'

Next up is Adams Morgan's Amsterdam Falafelshop, situated at 2425 18th St. NW. With 4.5 stars out of 1,900 reviews on Yelp, it has proved to be a local favorite for those looking for a budget-friendly option.

'The owners of Amsterdam Falafelshop pay homage to the many falafel shops of Amsterdam,' the business explains on its Yelp profile.

Furthermore, we found this about its signature items: 'We serve falafels that you top yourself from our wide variety of garnishes, and twice-fried Dutch-style fries,' it notes on Yelp. 'You can find a hot meal on the go at almost any hour of the day or night.'

Byblos Deli in Cleveland Park is another much-loved, inexpensive go-to, with 4.5 stars out of 285 Yelp reviews. Head over to 3414 Connecticut Ave. NW to see for yourself.

If you're curious for more, we found these details about Byblos Deli.

'Marc Adas has been the chef and manager at Byblos for 15 years,' the business states on Yelp. 'Born in Lebanon, Marc was raised there and in Quebec before moving to Washington.'

In terms of signature items, it serves 'fast-casual Mediterranean dishes, such as gyros, souvlaki, shawarma,' it states on Yelp. Also highlighted: 'Homemade, hearty Lebanese for under $10, such as kafta and potatoes, stuffed green peppers and Lebanese meatballs. Catering for weddings, anniversaries and other special events.'

Last, but not least, there's Muncheez, a Georgetown favorite with four stars out of 419 reviews. Stop by 1071 Wisconsin Ave. NW at Blues Alley to hit up the restaurant next time you're in the mood for cheap eats.

If you're looking for more, we found these details about Muncheez.

'Lebanese food is at the heart of what we do, using recipes rich in tradition,' the business states on its Yelp page.

Furthermore, we found this about the restaurant's signature items: 'Authentic Lebanese cuisine is what we do naturally,' it notes on Yelp. 'From freshly made manakeesh, in-house-made shawarmas, tabbouleh and more. We also have staples from the West.'