The native Washingtonian recently appeared in the Oscar-nominated movie "Harriet" that put a spotlight on the life of civil rights icon Harriet Tubman. 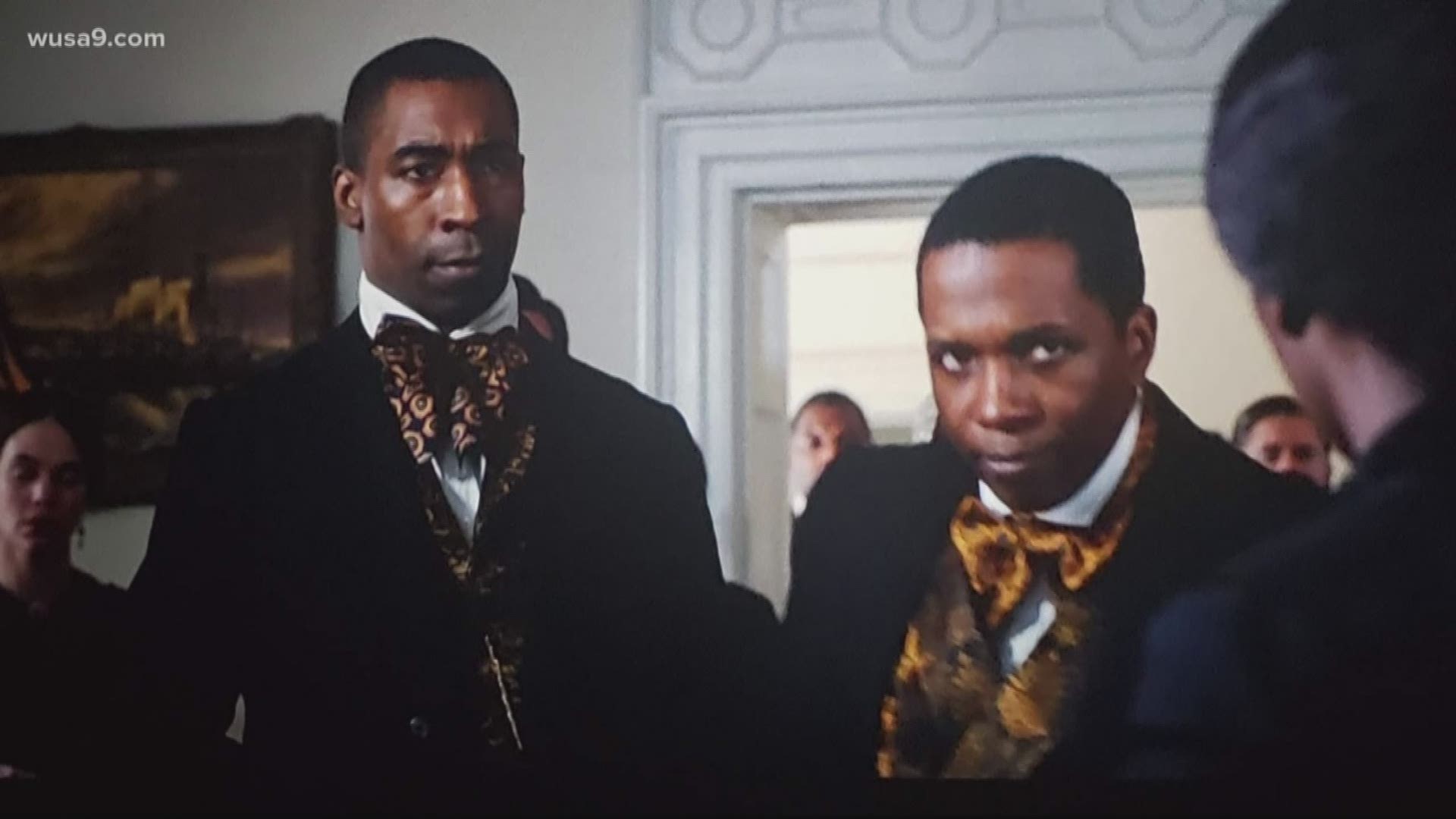 WASHINGTON — Jaben Early is an African-American actor who is working toward more inclusion and diversity in Hollywood.

The native Washingtonian recently appeared in the Oscar-nominated movie "Harriet" that put a spotlight on the life of civil rights icon Harriet Tubman.

"I play a slave abductor named John Clay," Early said. "The term is specific because we were abducting slaves. They were considered to be someone else's property. So, we were stealing them. John meets Harriet who is a young, black woman. This is work that men were doing. So, in their own misogyny,with even in their own race, they kind of looked at her as if this was impossible that this woman could complete this task."

History and the film showed that Tubman proved to be one of the strongest leaders of the underground railroad, and Early said his participation in the film and the movie's message resonated with the women in his life.

RELATED: ‘Portraits for the Culture’ is a unique way to preserve black history #ForTheCulture

"It's hard to really articulate how proud I am that I was able to do a work that spoke to those people. That's what the art should really be about doing something that generates a conversation that inspires people," Early said.

Early was raised in Northwest D.C. and attended Benjamin Banneker Academic High School before earning a degree from Morehouse.

Early has participated in the arts since childhood and has been inspired by many actors who helped open doors for African-Americans to perform on larger stages.

"When I was young, my father and mother took me to the Kennedy Center to see Avery Brooks do his one-man show of Paul Robeson,"he recalled. "It was a moment when I saw a black man command the attention of all of D.C. doing a Robeson piece, really speaking to what it means to be a black man, an artist, an activist. That was one of the moments in my life where I knew I wanted to do that.

Early has mostly acted in regional theater across the country but has also performed in other mediums.

He told WUSA9 that African-American representation in film and theater has evolved from racist stereotypes seen throughout history, but admitted there is still a long way to go.

"So often, we don’t get enough imagery that really shows the fullness of our intellect, of our artistry, of our humanity, of our love for each other. That can be upsetting," Early said. "It is our responsibility as artists to push that."

Early will be starring in a production about Toni Stone, an African-American woman who integrated into the negro baseball leagues and the first woman to play in any male baseball league.

The show is a double production which will start in San Francisco and end with performances at Arena Stage in the District in April and May.

Early told WUSA9 out of all of the successes in black arts culture, he is most proud of the number of African-American women who are producing and directing groundbreaking work in Hollywood.