Marine Corps. veteran Wayne Miller was 19 when he lost his leg in Vietnam. Five decades later, his family gave him the welcome home he didn't get then. 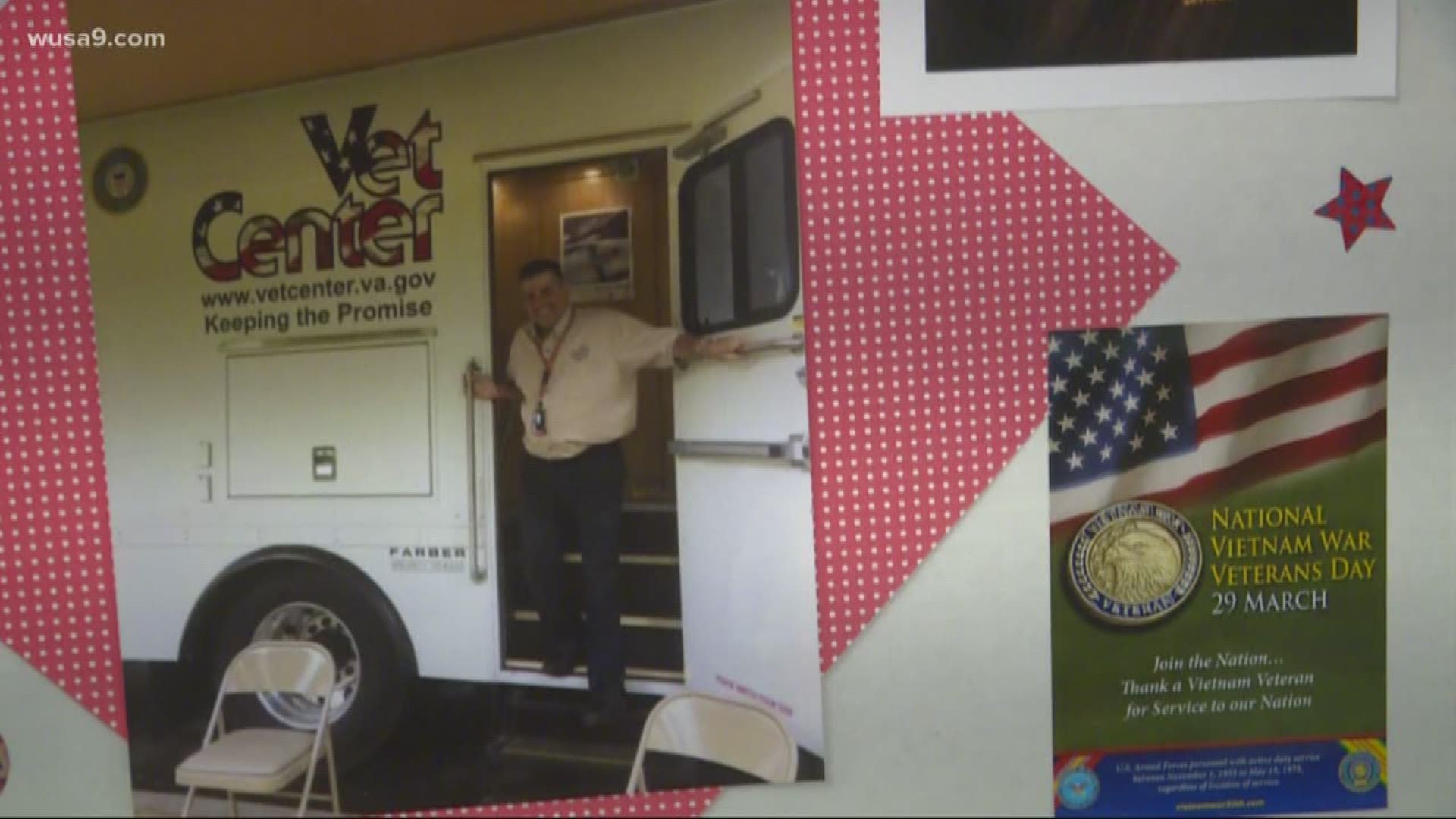 SILVER SPRING, Md. — Marine Corps. veteran Wayne Miller lost his leg in the Vietnam War 50 years ago on the Fourth of July.

While that day will forever symbolize a life-changing loss, to his friends and family, it's also the day he survived.

Thursday, they threw him a party to honor the life he's lead.

"It was on this day 50 years ago in a climate much the same as this," George Owings said, pointing to the rain.

He serves as the secretary for the Maryland Department of Veteran Affairs.

"It’s the Fourth of July 1969," Owings said. "He’s in combat operations, and when he does wake up, he notices he has no left leg. He has shrapnel throughout his body. He is temporarily paralyzed ... and lesser men would have given up on life at that point. Wayne did not give up on life."

Instead, he powered through, and has now worked for the Silver Spring Vet Center for 30 years, counseling other veterans through their trauma.

"He’s probably one of the most remarkable men I’ve ever met in my life," Owings said.

Wayne Miller's wife, Elesa Miller, has been working for a year to put this celebration together. She's determined to give her husband the welcome home he never received.

"This was a long time coming," Elesa said. "When back in the 70's the Vietnam veterans were coming home, they didn't get a parade. They didn't get a party. They weren’t celebrated. So, I figured I had one chance to get this right."

Wayne's mom, Julia Thompkinson, couldn't hold back her emotion when they surprised her son.

Wayne credits his mom, wife and children for each being his rock through the continuous struggle.

"When I was that 18-year-old kid lying on the battlefield ready to take his last breath, had no dreams," Wayne said. "It was very hard, but being a Marine, that’s all I know how to do is survive and just continue to fight no matter what, and it’s helped me through all these years, and it’s helped me to help others … and dreams do come true."

He's fulfilled his dream of marrying and having a family.

He's fulfilled his dream of having a job he loves -- working with veterans every day.

He's fulfilled his dream of playing sports in college and beyond.

He's fulfilled his dream of singing professionally, gracing the Orioles stadium with his voice at one point.

His granddaughter, Lily Miller, at only seven years old has a dream of her own, because of him. She even wrote a letter to invite certain guests to the party.

"I want to be like my granddaddy when I grow up," she said.