Two Secret Service officers were injured while trying to make arrests, and were taken to the hospital. 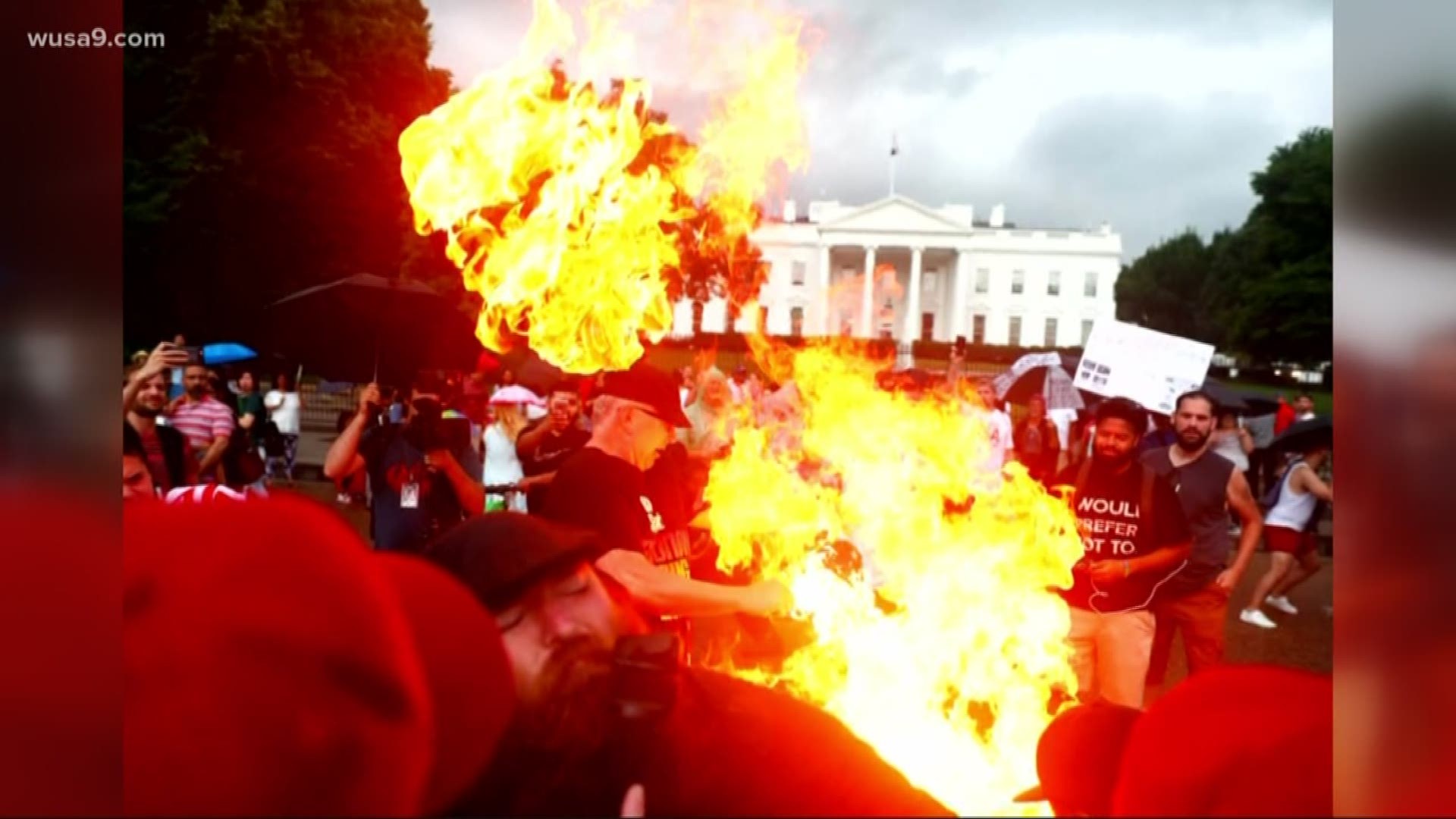 WASHINGTON — Two people have been arrested following the burning of an American flag on Pennsylvania Ave., around 5:30 p.m. Thursday.

According to Secret Service, U.S. Secret Service Uniformed Division Officers responded to an incident of someone burning an American flag "outside the limits of a permit that had been issued by the National Park Service," Secret Service said. 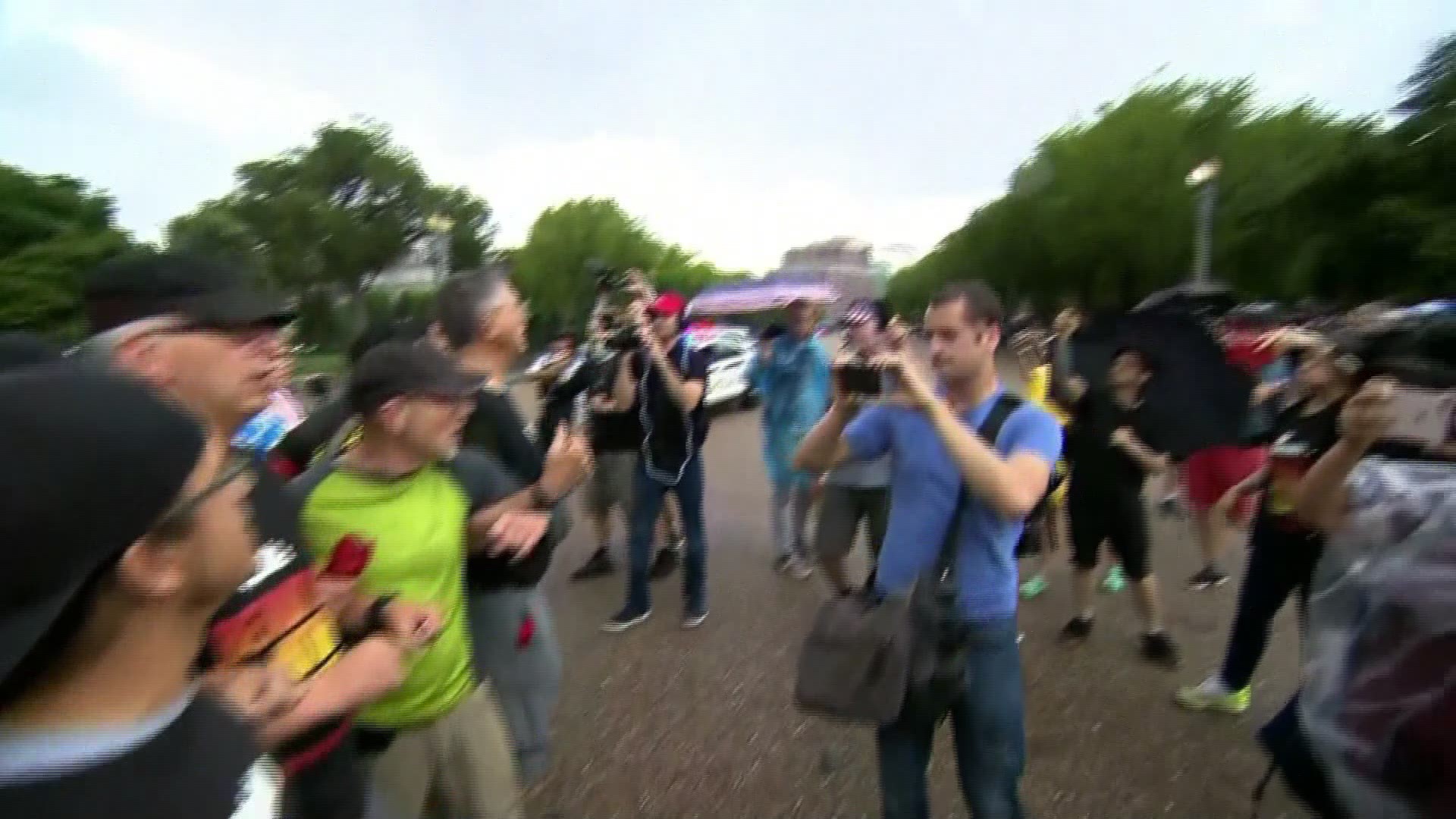 In addition, two officers with the Secret Service Uniformed Division sustained minor injuries while attempting to make arrests. They were also transported to a local hospital for treatment.