Eighth grader Alex Mather won a contest to name NASA's next robotic explorer. On Thursday, he watched it touch down. 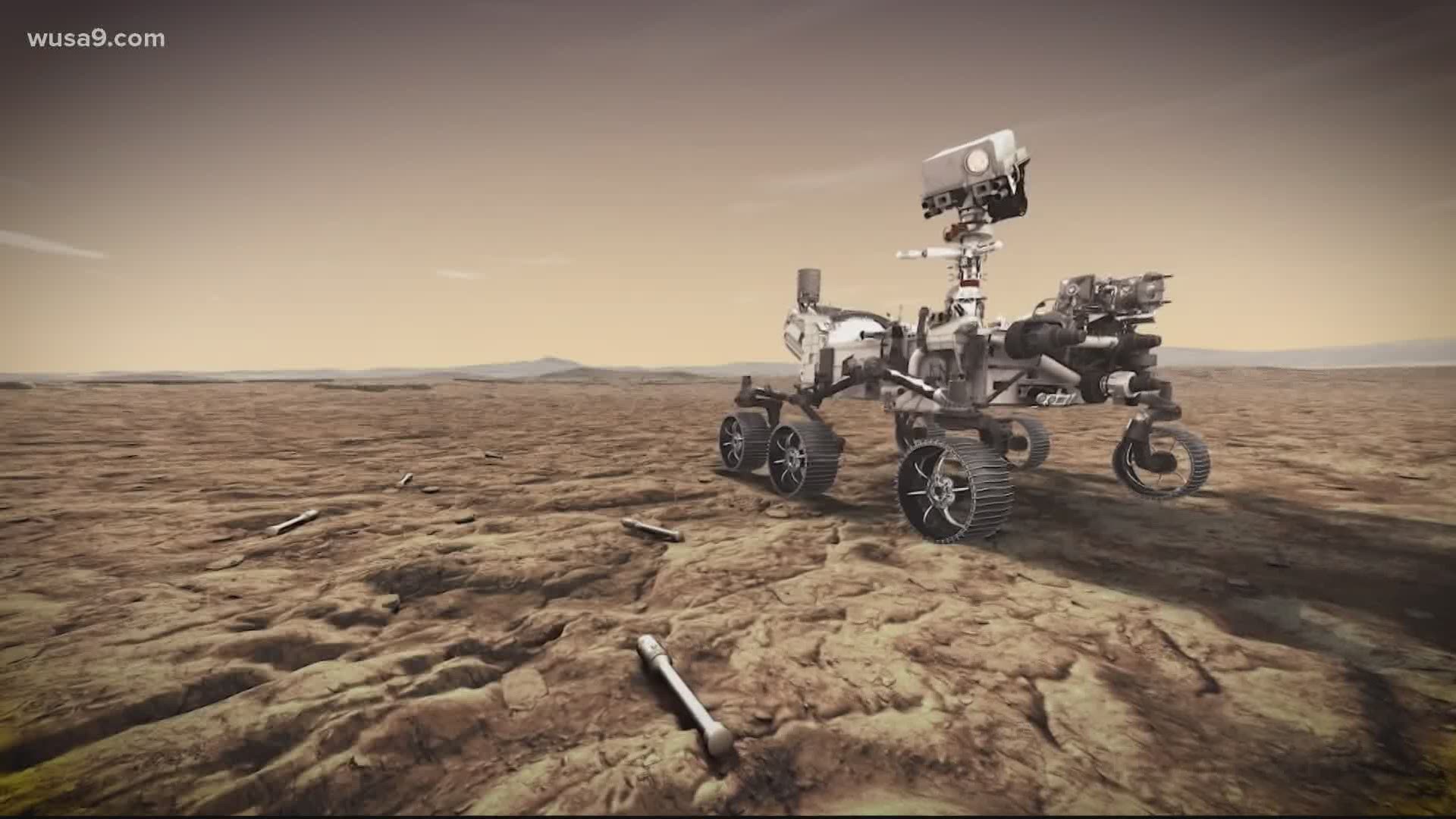 FAIRFAX COUNTY, Va. — NASA landed its first rover on Mars in nearly a decade on Thursday, bringing a piece of Virginia along with it. The robotic explorer, called Perseverance, was named by an 8th grader from Fairfax County.

Braving a descent that NASA calls “seven minutes of terror,” Perseverance stayed true to its name. The rover completed its nearly 300 million mile journey from Earth with a nail-biting finale.

14 year old Alex Mather, who won NASA’s contest to name the rover last year, was on the edge of his seat. Mather and Vanessa Rupani, the Alabama high schooler who named Mars helicopter "Ingenuity," were invited to watch on a Zoom call with top NASA scientists.

“It was crazy," Mather said. "I heard the phrase touchdown confirmed, we are safe on Mars. I saw the people at JPL getting out of their seats and cheering... I don’t think I could’ve gotten out of my seat if I tried.”

Alex entered the name Perseverance in NASA’s 2020 contest, beating out 28 thousand other entries from students across the U.S. He made the selection months before the coronavirus broke out and added logistical challenges to an already difficult mission.

“Perseverance, you know, turned out to be the perfect name for this mission and really has been a rallying cry for everyone, as we’ve gone through all of this," said NASA Mars Exploration Program Director Eric Ianson.

On Mars, Perseverance has its work cut out for it. The rover will study the geology of Mars near its landing site, explore the atmosphere of Mars and assess the hazards and natural resources on Mars that Ianson says could potentially affect human spaceflight.

Perhaps most exciting - the rover will search for signs of ancient life on Mars.

"If that happens, that would really be a discovery like no other and would open up the possibility that, hey, there may be life elsewhere in the universe, maybe even in our solar system," Ianson said.

Ianson says he hopes the mission will inspire the next generation of scientists and explorers. Mather may not be in high school yet, but he's already on board.

"The way I see it, I'm the one who got to give the name as my contribution to the rover. I'm a member of this team that is about to do amazing things. And to be honest, there is no other team I'd rather be on," Mather said.