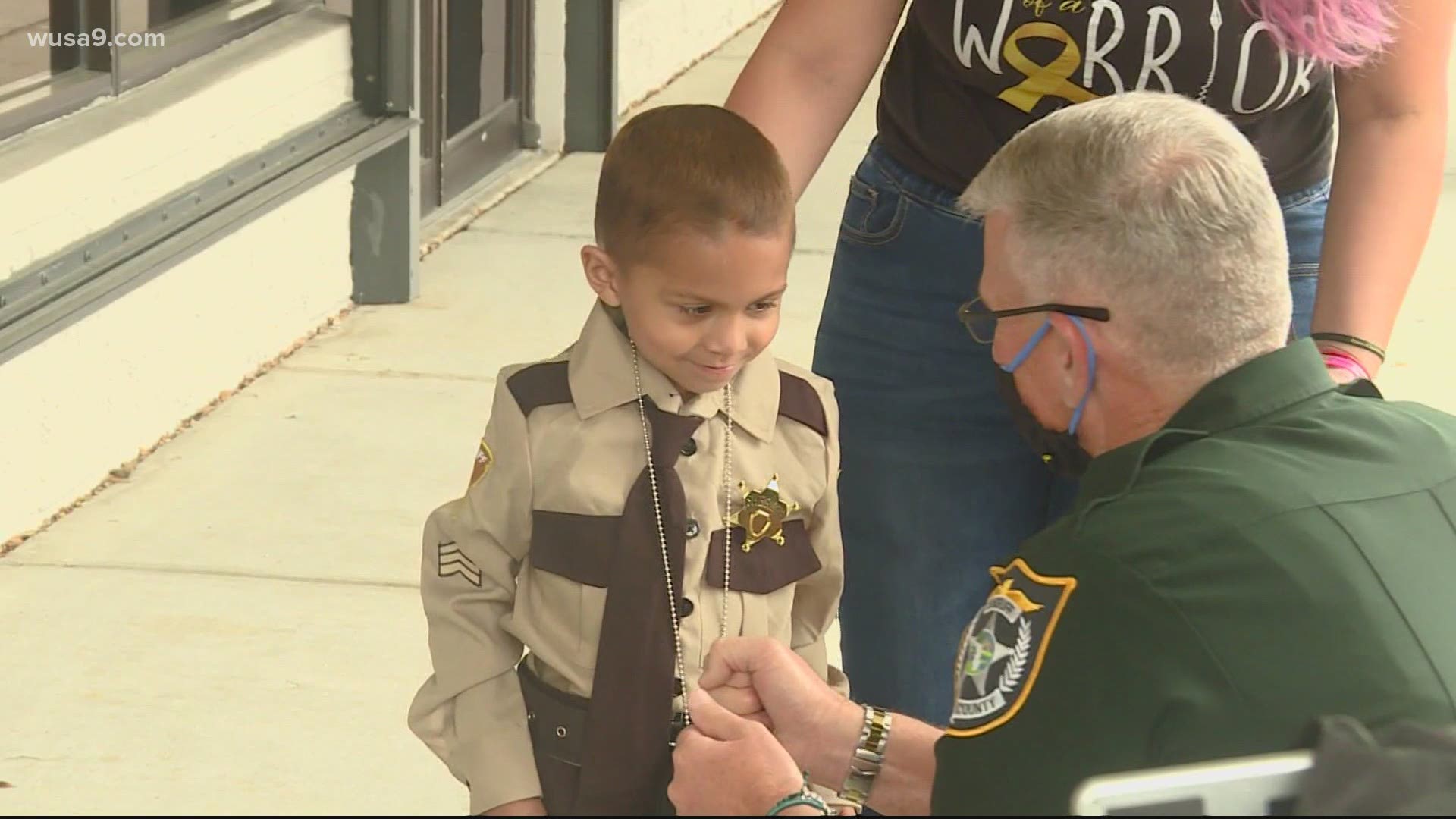 SARASOTA, Fla. — It’s time to Get Uplifted! That time of the morning where we look at the stories that lift the spirit, and bring the smiles

“That’s a real badge, you are now a real deputy, alright? Congratulations!”

It was shortly before his 4th birthday when Jeremiah was diagnosed with an aggressive form of cancer. One of the things that kept his spirits up throughout his treatments was his love of the police officers who would come and visit with him.

According to his mother Daniela, their kindness has inspired ambitious dreams in him

"He loves police officers he loves to see them and will ask about them all the time to see if they are coming to see him," she said. “He wants to be a police officer doctor to help kids with cancer”

Learning this, his police officer friends stepped in, making that dream a reality.

Sworn into the K9 unit, he spent time inspecting equipment and training his furry officers.

After a good day’s work, he did what every hero does, rode off into the sunset. And a little more good news; while he still has six months of treatment left, Jeremiah is currently in remission.

MCSO gained a very special new deputy today. Jeremiah was diagnosed with neuroblastoma just before his 4th bday, and he serves as an ambassador for the @pedcanfdn. Sheriff Wells helped make his dream come true by making him an honorary MCSO deputy this morning! #WhyWeServe pic.twitter.com/5jguH2WRse