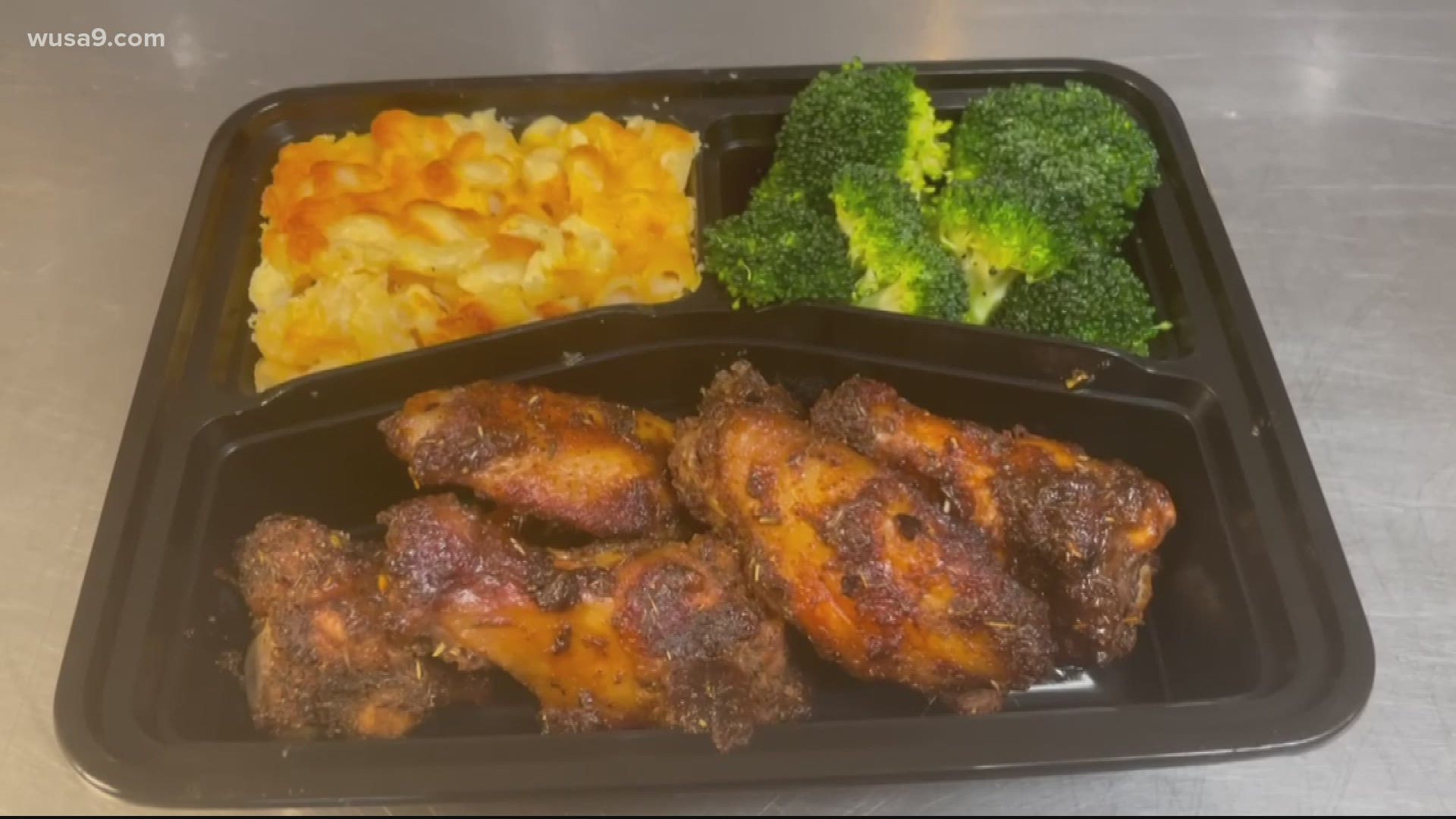 ALEXANDRIA, Va. — Our first responders have been on the front lines of the COVID-19 battle for more than a year. Days and nights have run together for some and when exhaustion sets in, a hot meal isn’t always readily available.

One Virginia woman set out to make sure our first responders have balanced meals.

Cheron Burns is the owner of RX Catering in Alexandria. Despite the challenges she and her business faced since last year, she’s been able to put smiles on faces, and warm food in bellies.

Now, she needs your help to keep it going.

“The first responder campaign is not over. It's never been over, we need to reach 10,000 meals,” Burns said.

Burns and her team at RX Catering have been whipping it up in the kitchen. They’ve been feeding everyone from doctors and nurses, to police officers and firefighters.

“We’ve been to D.C. SWAT, we've been a Maryland State Troopers, all the different fire stations, so, it was kind of like spread by word of mouth,” Burns added.

This donation-driven campaign has been a way for Burns to spread some light in a dark time and keep her staff employed. She’s taking a variety of different meals, for every type of eater.

“So, we send meals like this. These are jerk wings, macaroni and cheese, broccoli, and they're all in individual containers compartmentalize... bourbon chicken.”

#GetUplifted! Cheron Burns of RX Catering is on a mission to feed 10,000 first responders across the #DMV .@wusa9 pic.twitter.com/o4I1raM5VD

A small pick-me-up during a long shift or after a hard day. The idea was born out of a conversation with a friend. Since then, hundreds of donations have rolled in to keep this chef in the kitchen. “Family or friends donating just money and resources. Actually, there's been another catering company that actually just would for six consecutive weekends, he would bring me supplies.” Burns added.

It’s a small token of appreciation, prepared with love, for those who’ve given so much to all of us. “I just want to say thank you. Thank you, because without you, none of this would be possible. And to the donors that are out there, that keep giving day in and day out, I'm overwhelmed, overwhelmed with gratitude.” Burns said.

RELATED: Jollibee brings its world-famous 'chickenjoy' to the DMV