Reagan Grimes was recently released from the hospital after she was shot while riding a scooter. 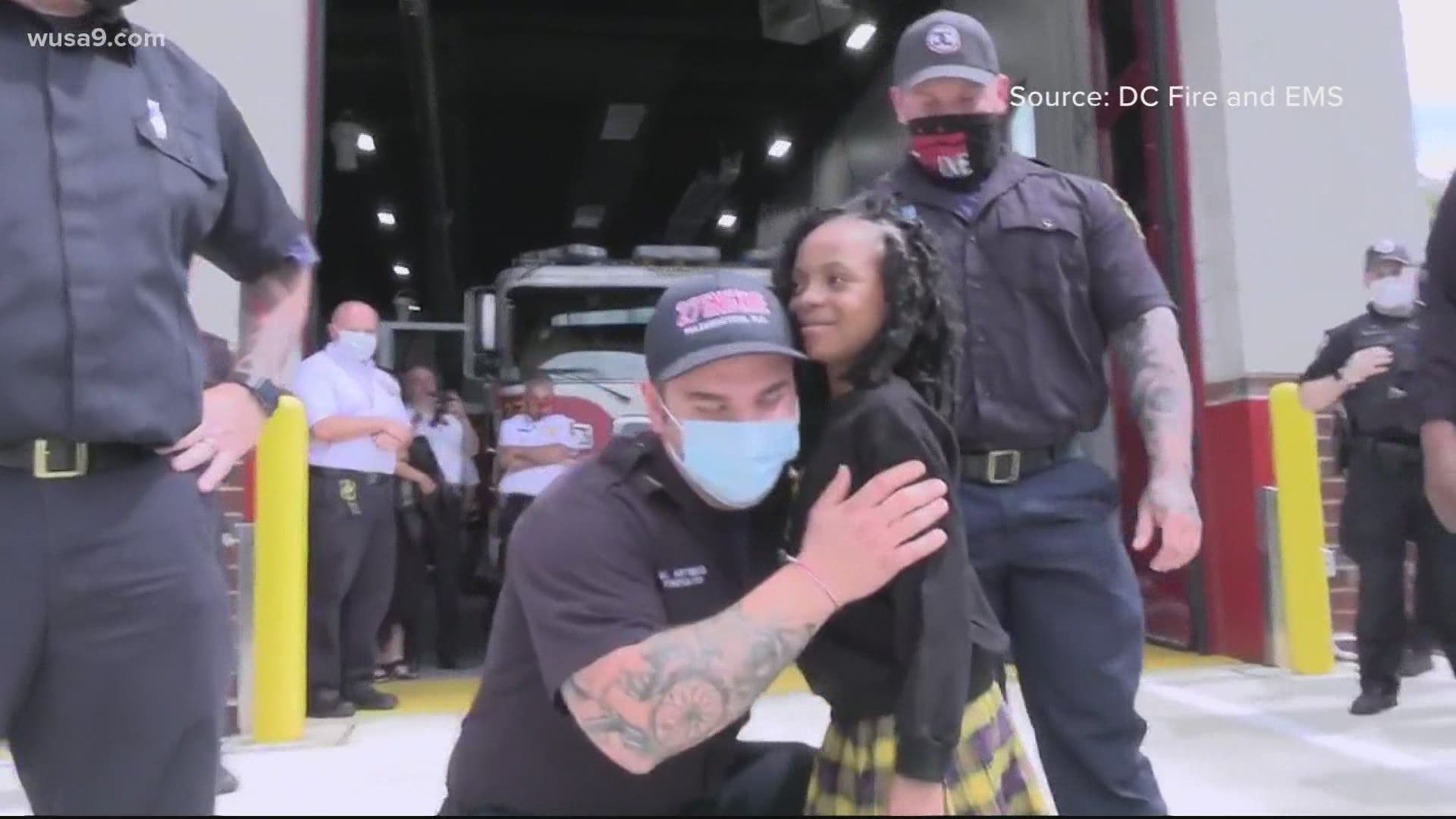 WASHINGTON — A 7-year-old thanked the first responders who helped save her life after she was shot in Northeast D.C.

Reagan Grimes was shot while riding a scooter last weekend.

According to police, Grimes was visiting family in the area at the time of the shooting on the 3500 block of Jay Street, Northeast. Officers said Grimes was on a scooter near a courtyard when a bullet pierced her lung.

Doctors were able to release her from Children’s National Hospital Tuesday afternoon.

A big reason why she was able to go home so soon was because of the quick actions of Metropolitan Police Department officers, and DC Fire and EMS.

On Wednesday, Reagan got to meet those who helped save her life.

Reagan's mom, Deshawn, was extremely grateful for those who treated her daughter.

"I'm just thankful she could be saved. A lot of people don't make it. I'm just so thankful that those people were on that shift and helped save my baby's life," she said.

RELATED: 'Thank you for praying for me' | 7-year-old shooting victim released from DC hospital

RELATED: 7-year-old girl shot in Northeast while riding on a scooter released from hospital