NORFOLK, Va. (WVEC) -- A formerly homeless Navy veteran is making a big turnaround in her life. 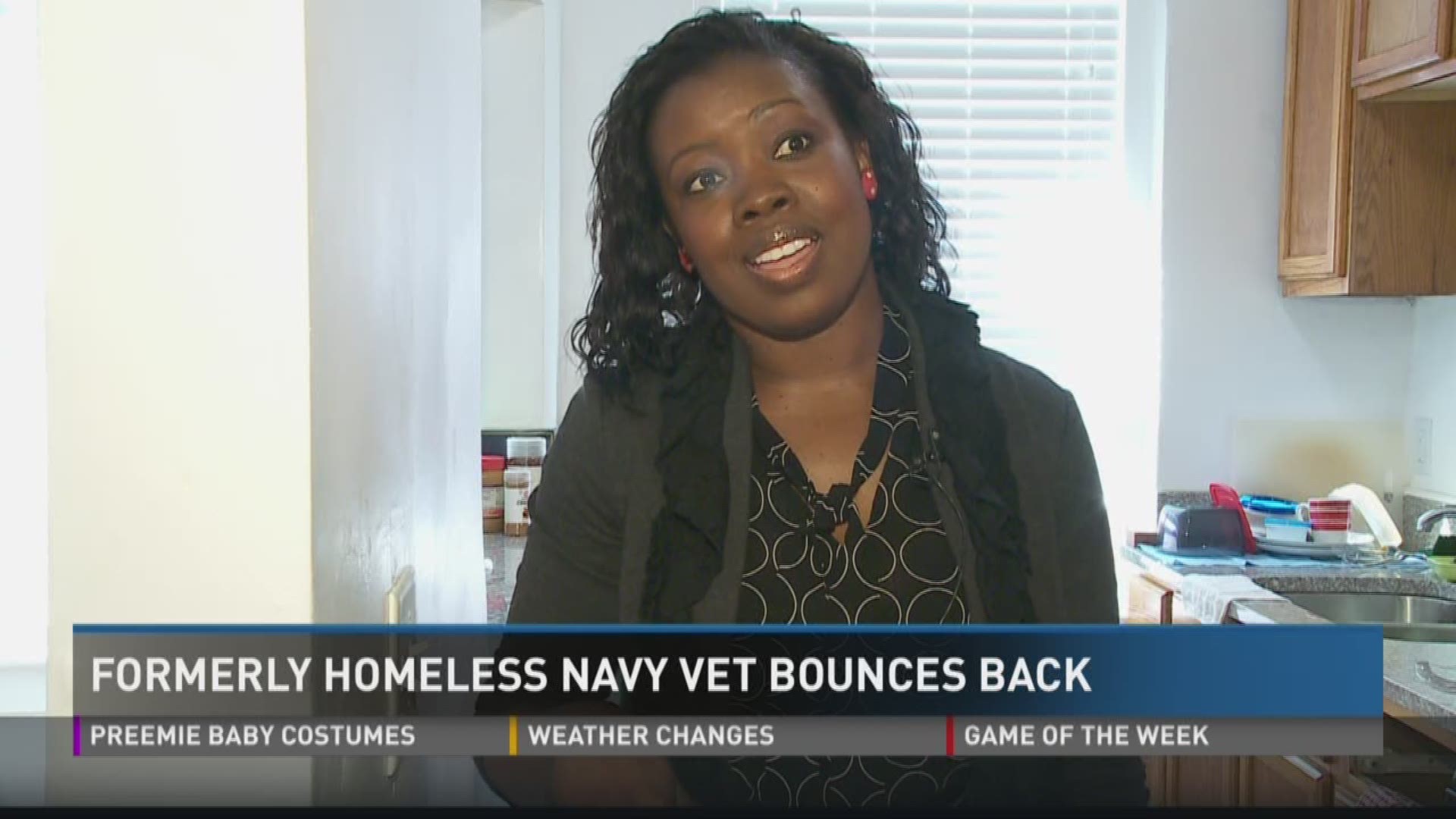 NORFOLK, Va. (WVEC) -- A formerly homeless Navy veteran is making a big turnaround in her life.

"I'm grateful that God used my life to be an example for other people, that there is hope," said Yasmine Charles.

Things are going pretty well for her now. But three months ago, not so much, when she was living in the back of her car. The former Navy E-5 went from being one of the nation's 4,400 homeless female veterans, to her own new apartment, a new job, and a new life.

"Things do change if you do believe in yourself and you don't let your dreams die," she said.

Back in the summer, Charles e-mailed 13News Now, looking for help. We hooked her up with Willard Smith, executive director of VetsHouse, Inc. in Virginia Beach, which it just so happened, had an open bed.

"The VetsHouse was a lifeline for me, absolutely," she said.

Since then, Charles, who has a YouTube channel show, "Hungry for Change," has landed a job, teaching culinary arts at Stratford University, and a second job selling cosmetics at Dillard's, and she's a year away from graduating from Norfolk State University.

And just this week, she began moving into her new Ocean View apartment.

"And to any veteran watching me, whether you're homeless or in financial hardship, I want you to know that there is hope and there is change coming," she said. "But, it has to start with you. That you're not going to give up on yourself and you're not going to allow your dreams to die."

VetsHouse Executive Director Willard Smith said the key for Charles was her motivation. He said, "I didn't think she was the kind that would sit there and drag her feet."

VetsHouse has a fundraising picnic the day after Veterans Day on November 12, from 11 am until 5 pm, at the Holiday Trav-L Park in Virginia Beach.