Tired of telemarketers calling you? Say this phrase

Former telemarketer Erica Elson says there's one phrase you should use every time that's guaranteed to stop that telemarketer from calling you. 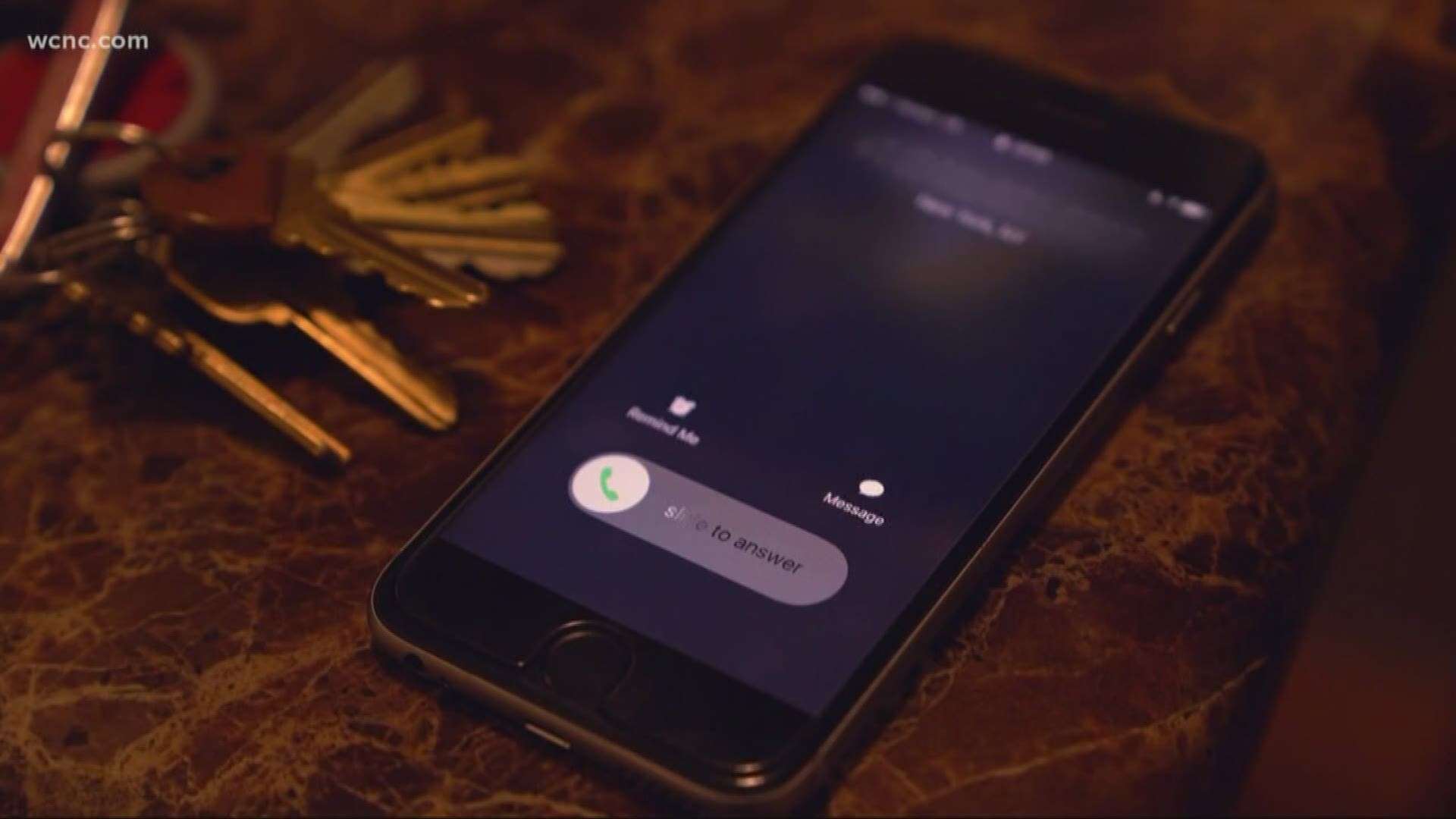 CHARLOTTE, N.C. — Do you know the one phrase you can tell a telemarketer that will actually stop him or her from calling back?

Erica Elson spent two years in the business. She's given away her secrets to LifeHacker.com and now is sharing her tips with NBC Charlotte.

"Unless someone told us, 'Put me on your do not call list,' that basically meant we could call them again," Elson said.

She said if there's someone on the other end of the line, you should always tell them politely, but directly to put your name and number on the company's "Do Not Call List." She said that's why it's so important to answer those phone calls.

"All the phone numbers are in the system and they're going to keep coming up until there's a firm answer," Elson said. "If they don't pick up the phone, you don't know if they're interested or not, so we're going to keep calling them until we have a definitive answer."

Elson said you should never tell them to call you back at some other time because they will. She said it's also critical that you don't give away any personal information, not even that you're married, eating dinner with your family or at your job. She said they won't forget.

"If you really absolutely don't want the person to call you again, do not reveal any sort of personal information," she said. "Anything you say on the phone can be taken down in the notes."

Finally, she said you should always follow the Golden Rule. Whether you like them or not, much like you, telemarketers are just trying to make a living.

"I think the most polite, but brief thing you can do is the best," she said. "Any time you're being rude, you're probably doing the wrong thing. Some people might be spiteful and just purposely put them back in, so they keep getting called."

If you haven't already, don't forget to put your number on the national "Do Not Call Registry" as well.

The thyroid cancer rate in these 2 zip codes is 3 times higher than normal. Why?