Prince George’s County native, Dr. Mario Minor, came back to his hometown to bring fresh produce to the neighborhood he grew up in. 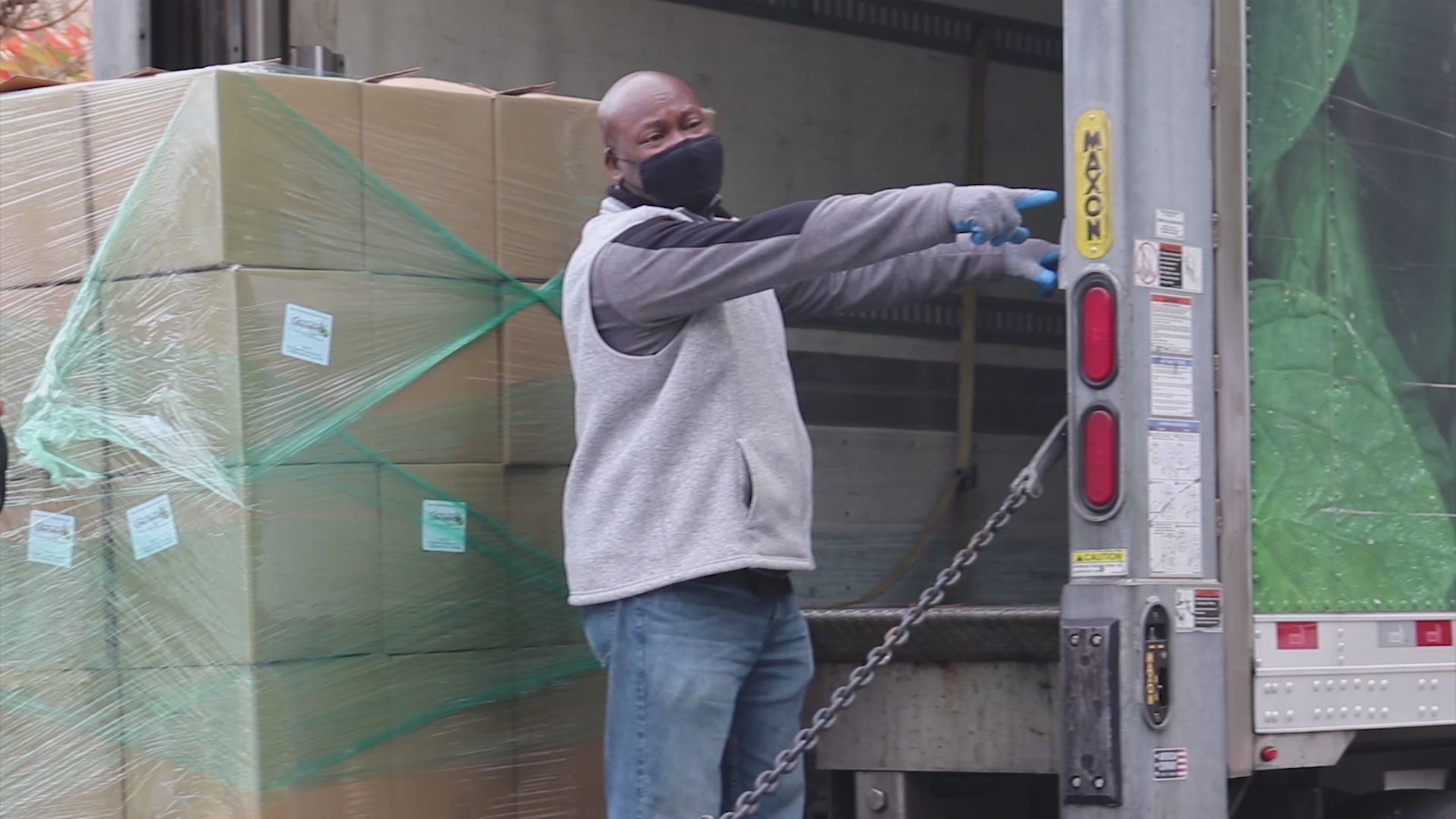 CAPITOL HEIGHTS, Md. — Prince George's County, home to many federal government workers, is a predominantly Black area that is known for being one of the wealthiest counties in the country. Although the area is known for its affluence, there are still neighborhoods within the county that are struggling, especially during the pandemic.

Health inequality has become the main topic of discussion as the novel coronavirus is ravaging Prince George's County, despite its economic status. Research shows that the benefits of high income in protecting against chronic medical conditions are smaller for African Americans than whites even when income, education and socio-economic status are accounted for.

In Maryland, chronic diseases—such as heart disease, prediabetes, diabetes, hypertension—are the leading causes of death, accounting for 70% of all deaths each year and 75% of all medical costs, according to the Maryland Department of Health and Mental Hygiene. Residents in the Hampton Park neighborhood are facing some of the highest rates of chronic health issues in the state, the health department says.

Hampton Park sits right along Central Avenue, the center of transportation in Prince George's County. It is the only area in the county that is designated a Health Enterprise Zone.

Residents in this neighborhood are facing chronic health issues so drastic that Maryland put forth a health initiative to address the health disparities but it recently expired. The neighborhood has been living in a food desert that has become so dire that residents are experiencing chronic health problems because of it. They have a surplus of corner stores but no full grocery store with fresh produce.

But Prince George’s County native, Dr. Mario Minor, has taken on the charge to place a full-service community grocery store in his neighborhood. Minor grew up in Seat Pleasant, Maryland not too far away from Hampton Park.

“20743 Seat Pleasant raised me,” Minor said. “I grew up and began to understand what the issues were in that zip code. It was near and dear to my heart and it was only appropriate for me to start this initiative at home."

His interest in healthy food came from his own experience with heart problems. In 2005, Minor suffered his first heart attack. He made a lifestyle change and became a vegetarian. Despite the change, he had a second heart attack in 2011. He credits years of high cholesterol as the source.

In 2015, he had another health scare. This time he was diagnosed with Leukemia.

Minor shifted his focus to the grocery industry and now is working with County Executive Angela Alsobrooks to bring Market Fresh Gourmet, a full-service community grocery store, to Hampton Park.

The new grocery store will not only bring fresh and durable produce to the neighborhood, but it will also bring jobs as Minor is looking to hire from within the area. He hopes that the grocery store will help reverse generations of health problems in Hampton Park.

“Remember, you are what you eat,” Minor said.