The company has plant-based chicken nuggets and boneless wings available at its Cobb Parkway restaurant. 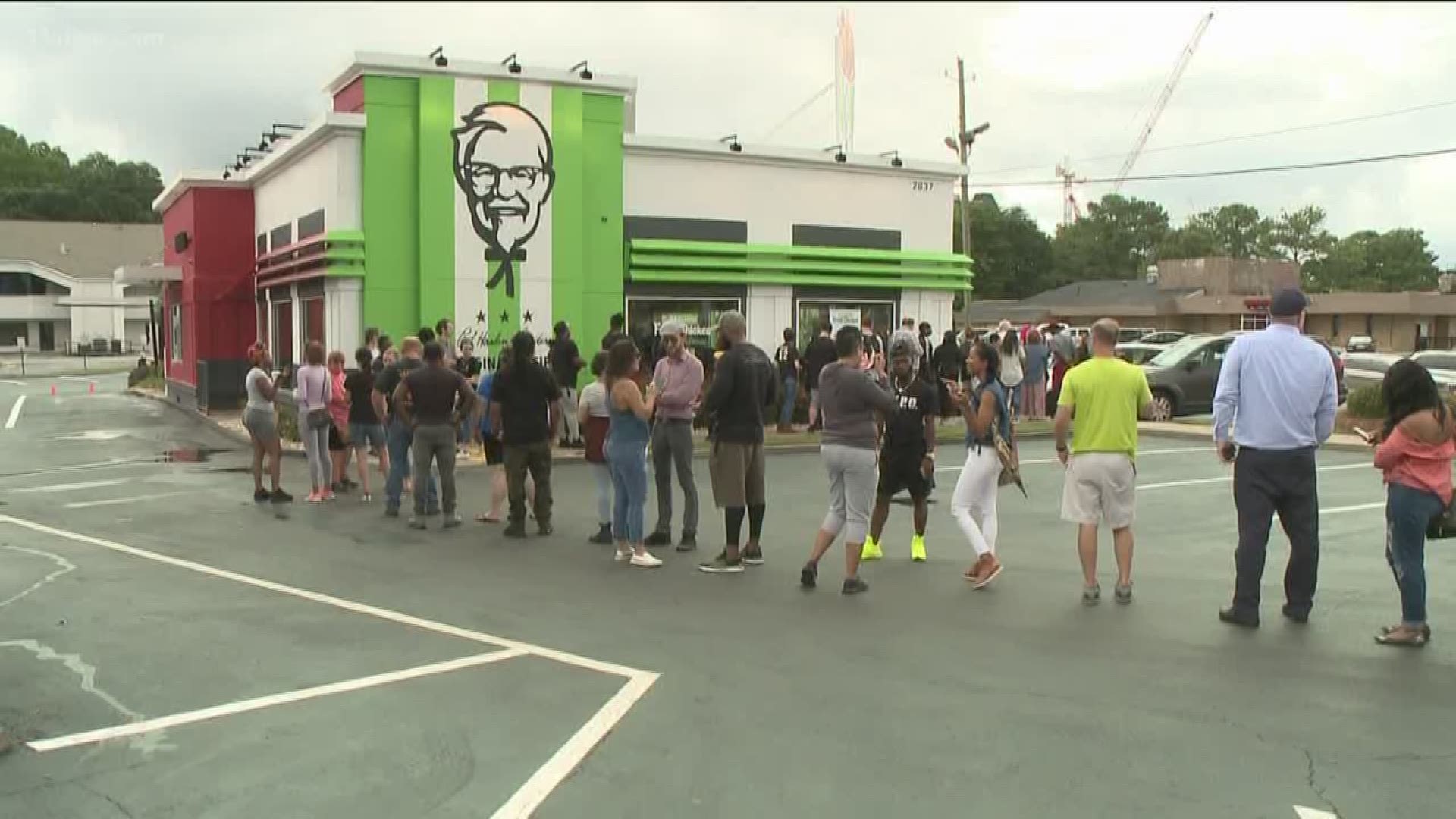 ATLANTA — Step aside, impossible burger. The next great meatless innovation is here, and it’s getting a test run in Atlanta on Tuesday: Chicken-less fried chicken. Yep, you read that correctly.

KFC announced Monday it will offer the plant-based “Beyond Fried Chicken” in a test-run only happening in Atlanta. The product will be available in nuggets and boneless wings.

The test-run was done on Tuesday at just one restaurant - the Cobb Parkway KFC down the street from SunTrust Park, at 2647 Cobb Pkwy SE.

Complimentary samples of the plant-based chicken were available from 10:30 a.m. to 6:30 p.m., and the restaurant said it sold out of the new menu item in less than five hours - purchasing the same amount of Beyond Fried Chicken in that time span that

The president and chief concept officer for KFC said in a release that “customers will find it difficult to tell that it’s plant-based.”

KFC teamed with Beyond Meat, a plant-based “meat” maker, for the product test. KFC said the Atlanta test “will be considered as KFC evaluates a broader test or potential national rollout.”

“I think we’ve all heard ‘it tastes like chicken’ – well our customers are going to be amazed and say, ‘It tastes like Kentucky Fried Chicken,’” Hochman said.