The partnership with county farmers aims to provide 100,000 pounds of fresh produce for families and others dealing with food insecurity. 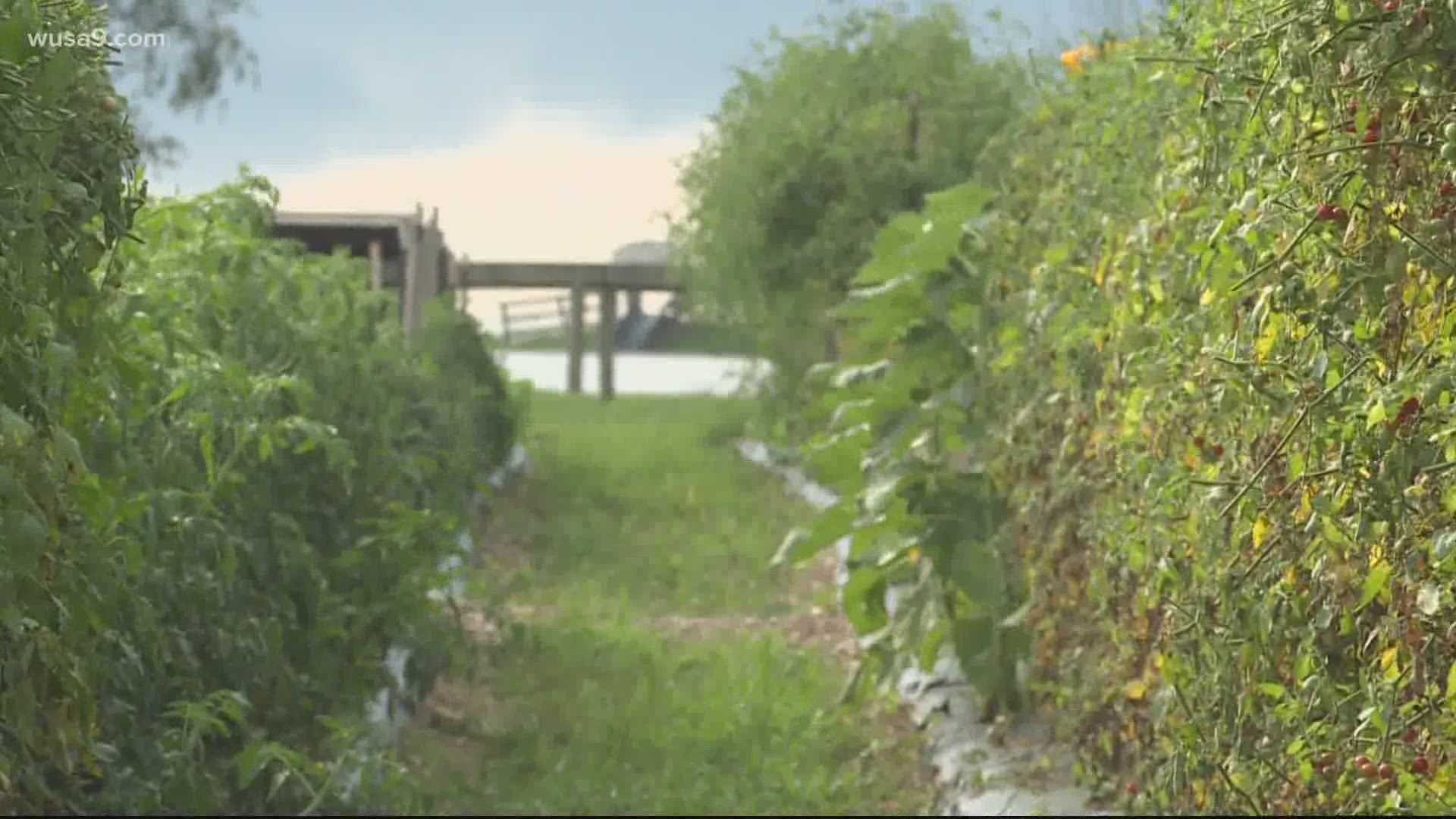 MONTGOMERY COUNTY, Md. — A new partnership program between local farmers and food assistance groups plans to provide at least 100,000 pounds of fresh produce over the next few months for families and others dealing with hunger.

An initial $200,000 investment from the county will go to at least eight local farms, who will then send freshly grown tomatoes, corn, and other produce to food banks to assist people in need.

According to organizers with the program, food insecurity has spiked 50% in Montgomery County alone since March and now over 100,000 residents receive assistance.

Butler's Orchard, located in Germantown, is one of the local farms helping out in the new effort.

On Friday, owner Ben Butler showed WUSA9 some of the fields where the fresh produce will come from.

"You name it, we kind of do a little bit of everything," Butler said, while walking past vines of raspberries. "This time of year, there is an abundance of everything and that’s part of the reason for the program.”

While the partnership will help put food on the table for families and people in need, the effort will also provide needed revenue for the farms.

Out at @ButlersOrchard in Germantown, MD this evening.

The farm is one of at least eight a part of a @MontgomeryCoMD Farm to Food Bank program providing fresh produce to people dealing with hunger.

With Butler's Orchard being a pick-your-own farm, Butler said the spread of coronavirus led to fewer crowds that would have come out to the fields over the summer.

As high production costs in Montgomery County also bring issues, he said the new partnership would help all involved.

"It’s been a great outlet for us to find new revenue sources and get produce in the hands of people that need it," he said. "This program allows us to not only get it direct to retail and to folks who really need it but also to have some compensation that helps out bottom line.”

Organizers for the program have plans to provide the produce to food assistance groups until at least November of next year.

With the need for food still a big concern, Manna Food Center CEO Jackie DeCarlo said that the program would play a crucial role in the months ahead.

"To be able to know that you have a source of food that’s going to be tasty and sufficient for your family and to nourish you for no matter what comes, we think that really also has a benefit," she said. "Besides the actual nutrients, it’s one less thing they don’t have to worry about.”

"As a farmer, the worst thing that I can imagine is letting quality produce go to waste," said Butler. "(The Farm to Food Bank program) connects us in a way that has never been connected before. It helps us both achieve what we need.”