DC is getting a Taco Bell that serves alcohol

A Taco Bell Cantina is expected to open in Columbia Heights this spring, serving beer, wine, sangria and spiked slushies. 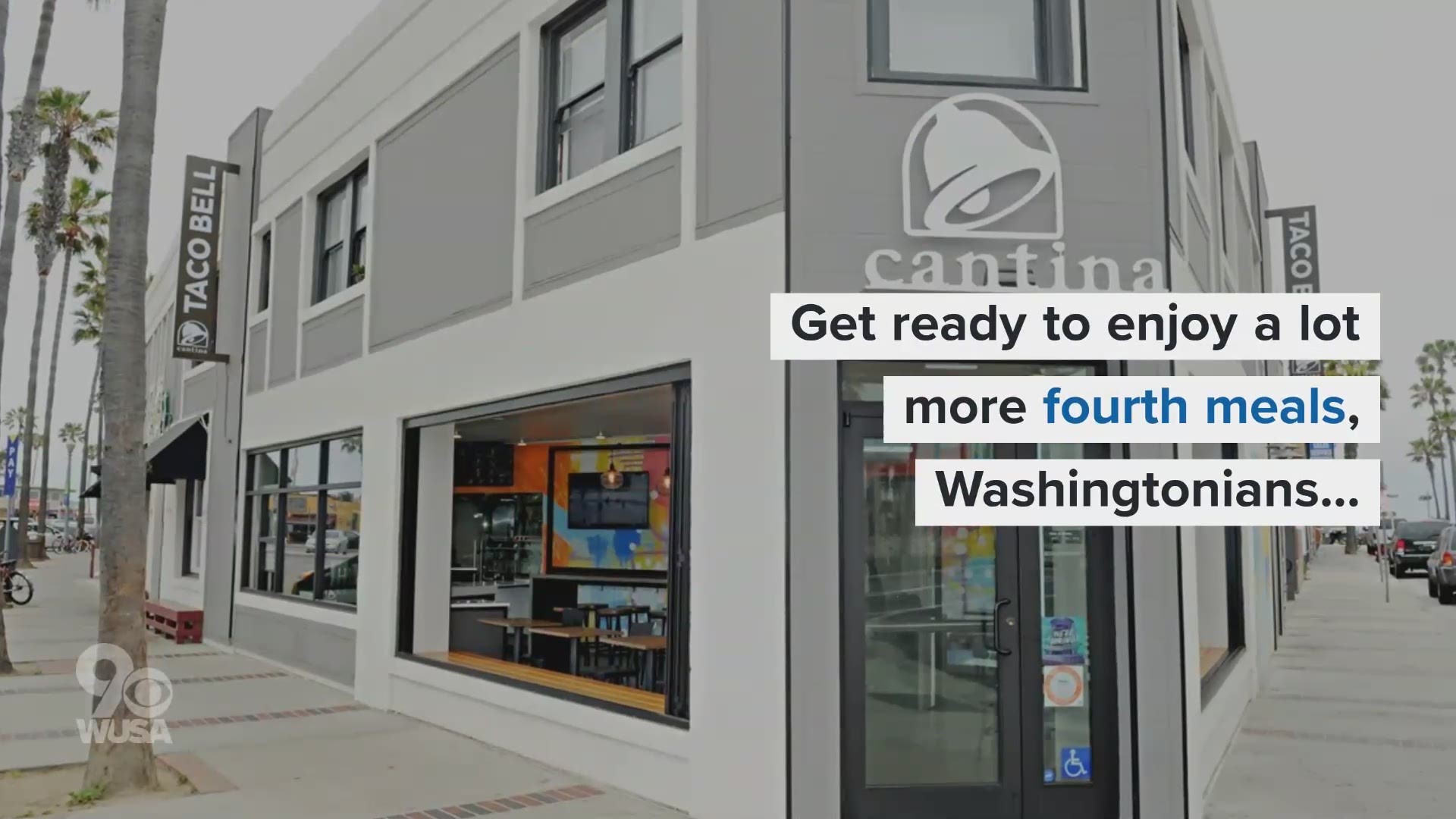 WASHINGTON — Hold on to your seats people, and get ready to enjoy a lot more fourth meals: a Taco Bell Cantina is opening in Columbia Heights. For the uninitiated, the cantinas are the upscale little sister of the OG Bell, featuring trendy decor, shareable appetizers and, the real kicker, alcohol.

Popular local instagrammer Taco Bell Sommelier described the chips as "deliciously fried and perfectly seasoned with fajita tasting spices." Tarun Sinha, who runs the account, recommends pairing the chicken chips with a Margarita Baja Freeze as the "citrus really balanced out the flavor of the chips."

RELATED: Taco Bell is removing 9 items from its menu in September

Now far be it from me to deny true Taco Bell lovers their quesaritos and chalupas, but if you really want to live mas, consider patronizing some of Columbia Heights authentic Mexican restaurants such as Mezcalero, El Chucho, Taqueria Habanero or Anafre.

Taco Bell Cantinas around the country