The executive chef who opened the Afro-Caribbean fine dining restaurant says he doesn't yet know what his next project will be, but it will be something he owns. 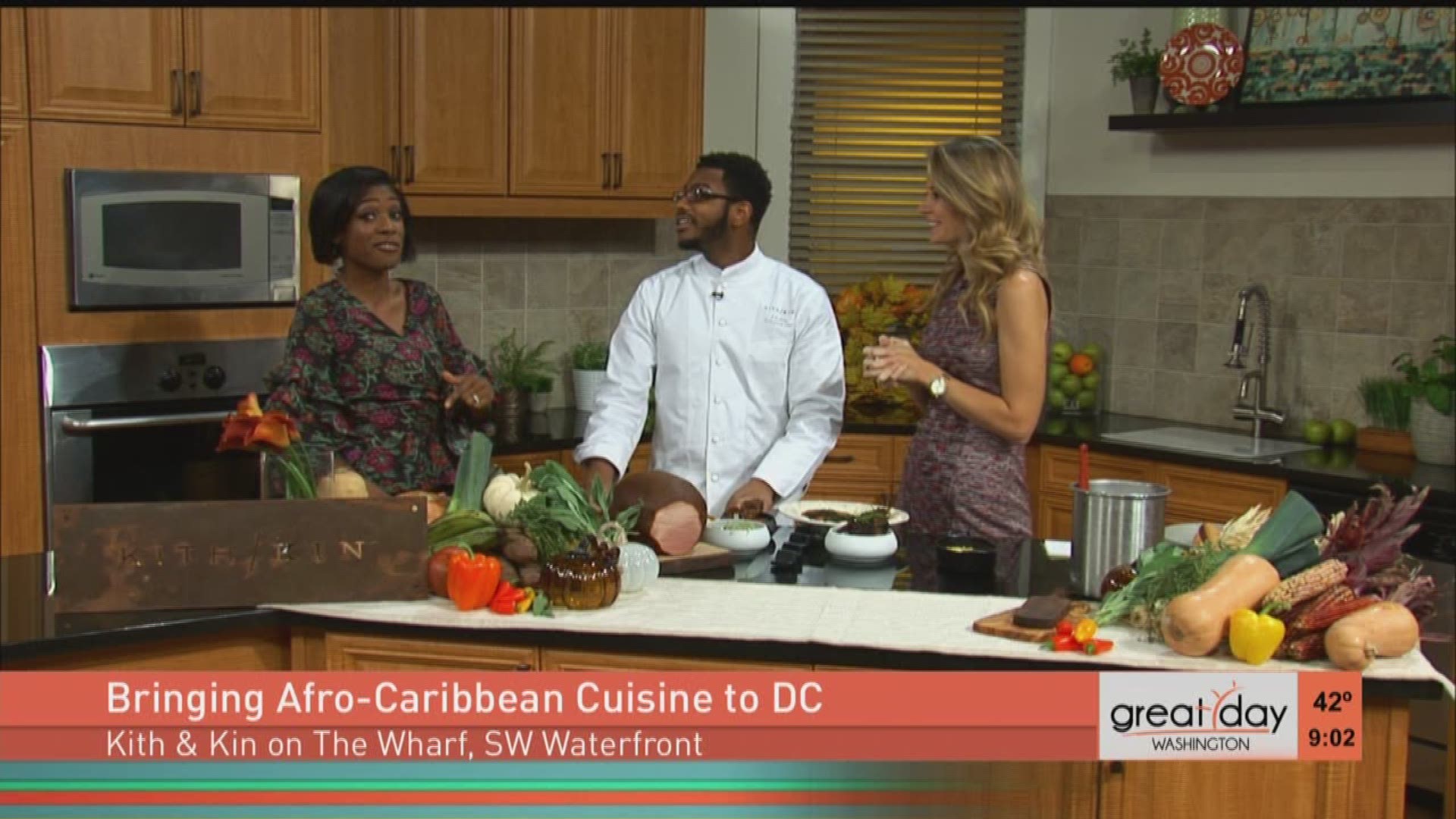 WASHINGTON — Kwame Onwuachi announced Monday on Instagram that he was stepping down from his position as executive chef at Kith & Kin, an Afro-Caribbean fine dining restaurant that he opened inside the InterContinental Hotel at the Wharf.

After opening and closing The Shaw Bijou in less than three months, Onwuachi opened Kith & Kin -- meaning "friends and family" -- in October 2017. He called the opening of Kith & Kin a dream, not only for himself but for his ancestors.

"This place was for dreamers, least notably me, but dreamers who maintained faith that one day their culture would be accepted as equal and significant," Onwuachi said in the Instagram post announcing his departure. "Whatever my next venture is I will continue the dream and open something of my own where we can all stand taller together."

Though Onwuachi is remaining tight-lipped about what's next, he has made it clear that whatever he tackles next will involve financial ownership. In an Instagram Live with Dine Diaspora co-founder Nina Oduro, Onwuachi intimated that he was ready to "control his own narrative."

"If I'm going to have a concept that I'm going to own in terms of my family story and culture, I also need to own it financially," Onwuachi said. "You need to grow and learn and hone your craft, but at a certain point you need to be making the final decisions without outside influence."

Oduro and Onwuachi continued the conversation about what Onwuachi's goals are as a leader in the restaurant industry, and how he will continue working as an advocate for Black chefs.

"I want to see more visibility [for Black chefs] and I don’t want it to be a trend," Onwuachi said. "It should just be a part of the conversation regularly. We need to shift the way the industry is looked at, and the only way that changes is by changing the lens that it's looked at through."

He highlighted his desire to see greater diversity among food writers and reviewers, noting the lack of persons of color in those positions nationwide.

Onwuachi also said he felt his industry was lacking a true emphasis on self-care, and that the "DNA" of his "next restaurant" will include "self-care for every single person that works there."

Finally, Onwuachi emphasized that wherever he finds himself next, he's going to make sure it's something that really excites him, and will contribute to his goal of creating a legacy for his family.

"Whether that’s TV, a restaurant or writing a book," Onwuachi said. "It's going to be my decision."

RELATED: A desire for nerf guns and video games led 3 kids to create a candle company with 6-figure sales