Cutting the tension: Experts share how to handle politics and family this holiday season

This election has divided many Americans along red and blue lines, so how can we keep that tension from bridging a gap between us and our friends and family? 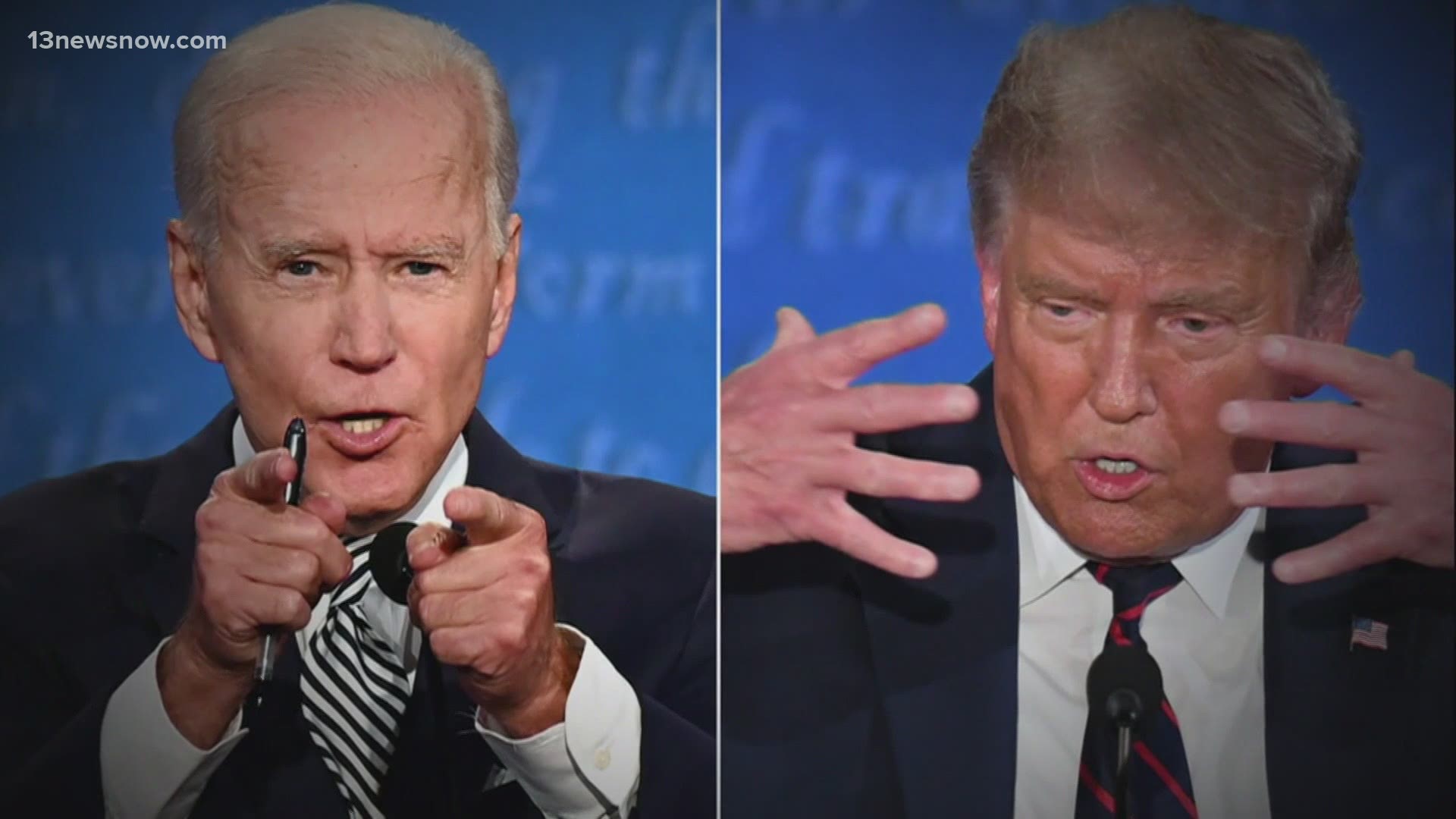 VIRGINIA BEACH, Va. — Believe it or not, Wednesday is National Stress Awareness Day. This election has divided many Americans along red and blue lines, so how can we keep that tension from bridging a gap between us and our friends and family?

Especially with the holidays right around the corner...

“Just from watching the results, I’ve been watching it almost like a football game,” said Hampton Roads resident Ed Patten.

It’s the elephant in the room.

“I definitely have friends on both sides,” said Hampton Roads resident George Woodhouse. “There is more tension than there should be there.”

Whether you are team Joe Biden or team President Donald Trump, many Americans are tiptoeing around political chatter. We caught up with people at Mount Trashmore in Virginia Beach to see if they are feeling the tension.

“With friendships and even church relationships, I have definitely seen where there are people who are supportive and open,” said Casey Henderson. “And there are other people who have their stance and don’t want to hear anything opposite.”

As the holidays near, how do we keep stuffing from hitting the fan?

“My mom’s side of the family is easy because we all kind of think the same,” said Meredith Burns. “It’s a little bit harder with my dad’s side. He has totally different views than me.”

“Sometimes we just have to kind of surrender and allow folks to come to conclusions on their own,” said licensed counselor Kurt Hooks.

Hooks, who is the CEO of the Virginia Beach Psychiatric Center, said families with political tension need to approach holiday gatherings with ground rules.

“When we all get together, these are the things that we are going to agree to talk about or not talk about,” Hooks said.

“If we are going to talk about it, then any of us exercises the right to call a time out, move onto another subject or have other activities planned,” Hooks said.

He believes your mood can change the room.

The same boundaries apply with friends and coworkers. Above all, Hooks said keep an open mind. He said people really need their support systems right now, with so much uncertainty in 2020.

Social media can feel like its own political rabbit hole. But Hooks said it’s the one thing you have absolute control over. If political messages have you stressed, try limiting your usage or just completely unplugging.