Community raises $20,000 for service dog; now no dog and no money

Fundraisers were held to buy a service dog for a Wisconsin boy with autism. But months later, the money is gone, and no dog is coming. 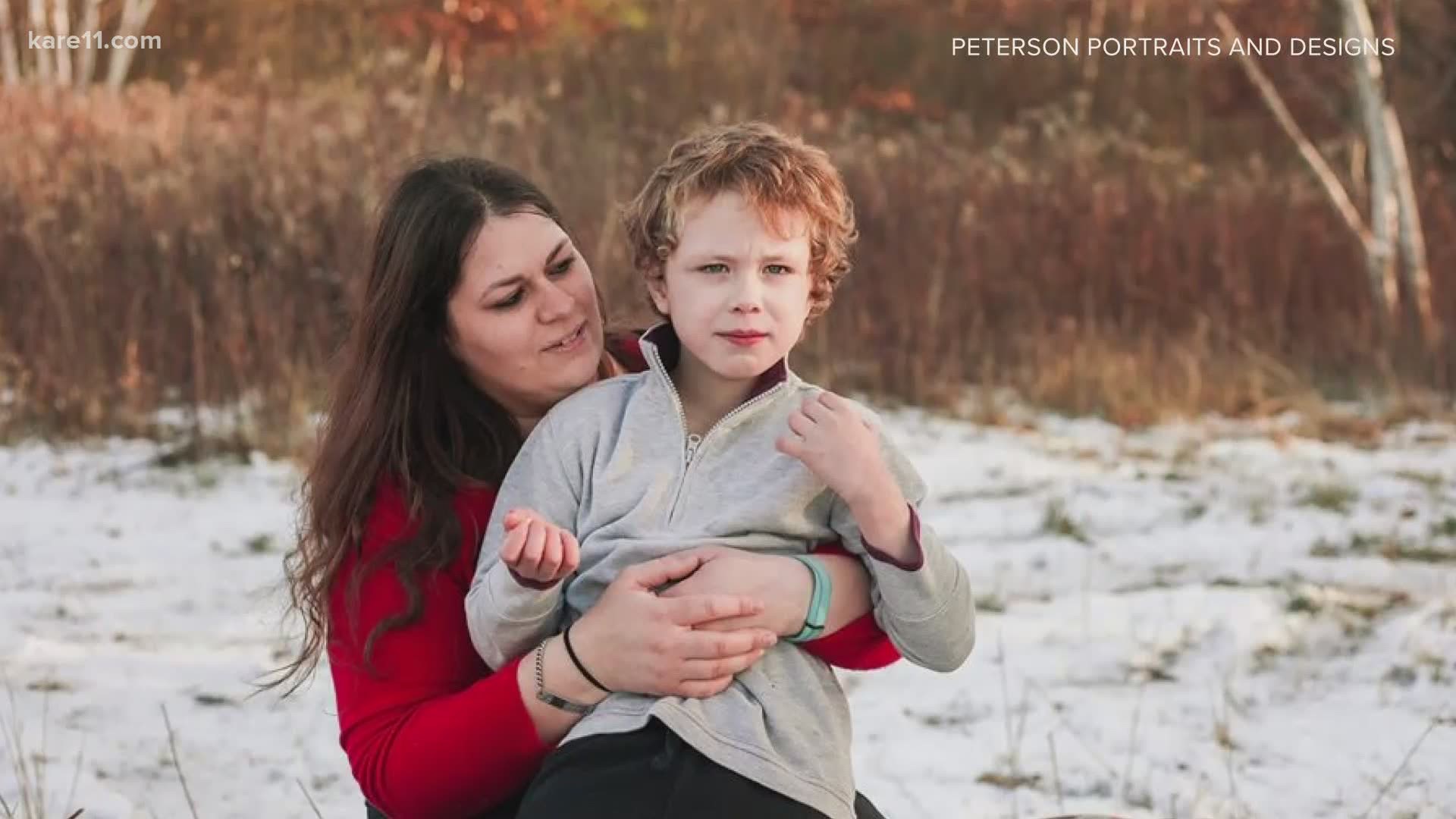 DEER PARK, Wisconsin — When a boy with autism needed a service dog, people in his small western Wisconsin town dug deep to help.

A church sponsored a bake sale, the Green Bay Packers sent a signed football and area merchants chipped in items for a silent auction.

But months later, the money is gone, and no dog is coming.

“We had so much hope,” Morgan Olson says. “And now it’s quashed.”

Olson is the mother of Nolan Olson, who has severe autism.  Holes in the wall of her parents’ home – where Morgan and Nolan live - mark the places Nolan has banged his head while angry.

Olson thought a trained service dog might provide her son some calming comfort.

“I thought this might be the one thing that will help us keep him from having to go into an institution at some point,” she said.

Then, the single mom started the fundraising that would be necessary to purchase the trained dog.

“We had family members that were donating like $500 dollars each,” Olson said.

Olson provided a letter from SDWR insisting the money be raised though an account the non-profit controlled.

The fundraising was exhausting, but the work paid off.

“They sent us this email," Olson said, "you have paid for your dog, you are on the wait list to get your dog.”

The online fundraising page has disappeared, the phone number listed on the SDWR website has been disconnected, and bankruptcy notices have started arriving at Olson’s home.

Where did the money go?

It’s a question other families that paid SDWR for service dogs are also asking. They now connect and support each other on a Facebook page.

With no dog and the donated money gone, Olson has arranged to pick up a puppy for her son.

She hopes someone might step up to help with service dog training. Olson can’t bear to ask people who’ve already contributed to dig into their pockets again.

“You feel like you’ve been tainted by association,” she said. “And what does my son have to show for this? Absolutely nothing at this point.”