At least one statue will remain in each of D.C.'s eight wards, with an additional five auctioned off to the public. 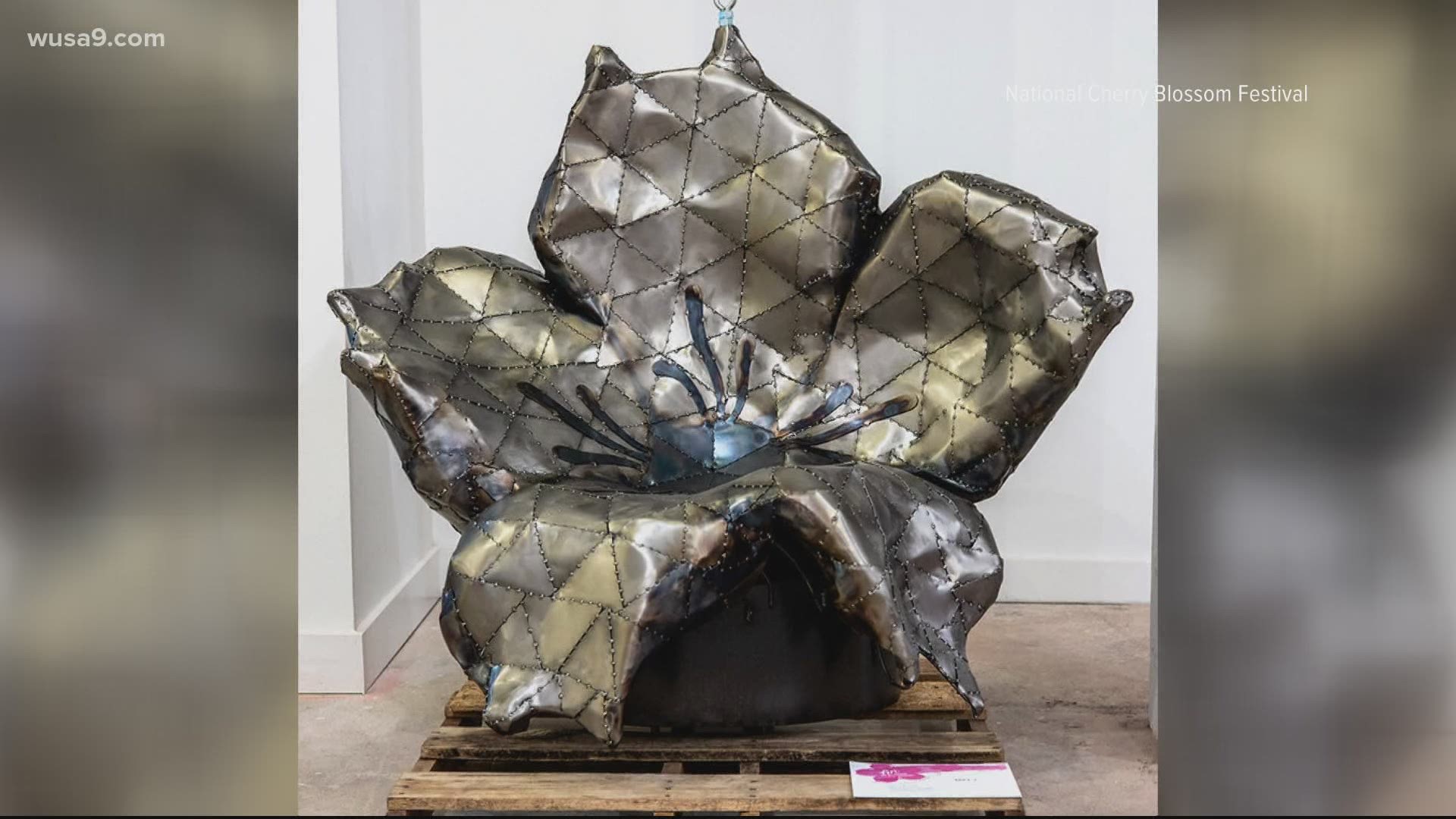 WASHINGTON — Although the 2021 National Cherry Blossom Festival is long done, DMV residents will still have an opportunity to admire this year’s “Art in Bloom” sculptures as the festival committee looks to relocate the art throughout the area.

Of the 26 oversized cherry blossom sculptures, at least one will remain in each of D.C.’s eight wards, with an additional five selected to be auctioned to the public for their “dynamic aesthetics and one-of-kind interpretations,” according to an update posted on the festival’s website.

“The Art in Bloom sculptures radiated springtime across the District and beyond, and now it’s time to find permanent homes for these one-of-a-kind creations,” Diana Mayhew, president and CEO of the National Cherry Blossom Festival, said.

Mayhew added that 17 of the sculptures have been preemptively acquired by organizations, businesses, and private citizens in the DMV area, but the festival organizers are still finalizing several of the relocations.

One of the sculptures that has already found a permanent site is “The Gift” by artist Patrick Guyton, which will now be displayed at the NoMA brewery and event venue Wunder Garten.

Credit: Mehavi Mohan
"The Gift" by Patrick Guyton is currently residing at Wunder Garten in NoMA.

“I think it’s the sculpture that most closely resembles D.C.’s cherry blossoms and cherry blossom festival,” Brandon Bayton, director of development at Wunder Garten, said. “A lot of people who come in do so for the memories, and we think this piece will be able to provide a lot of memories about D.C.”

Although the five sculptures up for auction will primarily help fund the festival to ensure it can remain free and open to the public, a portion of the proceeds will also be given to the Trust for the National Mall’s Cherry Tree Endowment, according to the auction’s webpage.

The four artists who will have their pieces auctioned off include Andrew Funk of Alexandria, Steve Rands of Mechanicsville and David Greenfieldboyce and Aaron Feinstein of D.C.

The sculptures were part of this year’s “Blossom Hunt,” where visitors to the area were tasked with finding the sculptures around the city and uploading their results to social media for the chance to win prizes.

Those interested in participating in the auction can submit bids through this online portal. Bids must be entered before 11:59 p.m. on June 15.