Park officials say the surviving horse will remain in the wild, as the park staff will continue to monitor its condition in the weeks ahead. 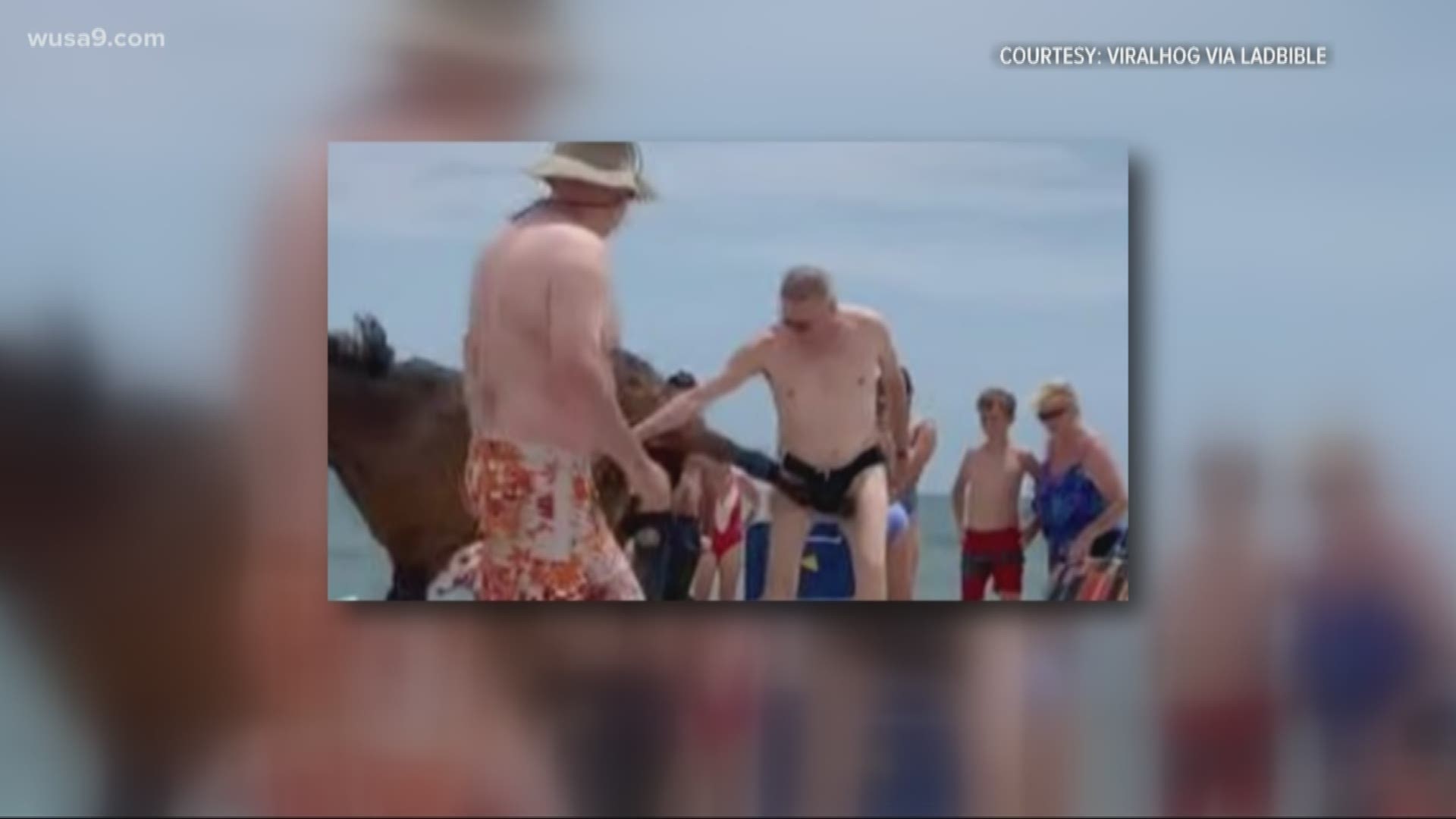 BERLIN, Md. — A 4-year-old wild horse was found dead Tuesday after officials say it was hit and killed at the Oceanside Campground of Assateague Island National Seashore.

According to park officials, the 4-year-old mare was found dead by a park employee on Tuesday – after it is believed that the horse's injuries were due to a hit-and-run car accident last week.

Both the mare and her foal were likely involved in a low-speed motor vehicle accident last week along Bayberry Drive, park officials said in a release. The foal is still lame, but however, has improved noticeably over the past week and continues to move around with her band.

Officials said it will remain in the wild, but park staff will continue to monitor her condition in the weeks ahead.

"Do you think horses get songs stuck in their heads? – Tina Belcher⁣ 🐴
⁣
Born to be wild, right? What’s this horse jamming to?
⁣
Learn more about Assateague Island National Seashore, this month’s #NPSGetaway at https://t.co/y6nqeAwhdm
⁣
Image: @AssateagueNPS pic.twitter.com/786Dp4F84U

Park officials remind visitors to always slow down and drive with caution along Assateague’s roadways and to be on the lookout for horses and other wildlife when visiting the National Seashore.

Any road accident within the park, especially those involving wildlife, should be reported to park law enforcement at the Ranger Station.

RELATED: After choking on food, wild horse in Outer Banks has to retire to farm